International soccer superstar Son Heung-Min has joined the U.N. World Food Programme as a Goodwill Ambassador. He joins a host of high-profile figures lending their support to the organization as it seeks to respond to an unprecedented global hunger crisis.

When he was 16 years old, Son moved to Germany where he played for Hamburg SV. In 2013, he moved to Bundesliga’s Bayer Leverkusen and two years later transferred to the English Premier League team Tottenham Hotspur –the team he still plays with today.

“My own experience of overcoming enormous challenges with courage and positivity during my teenage life abroad and being away from my family encouraged me to be able to support people in challenging situations,” Son said in a statement.

“As a U.N. World Food Programme Goodwill Ambassador, I will be a voice to support the mission to end hunger as the pathway to global peace and stability – for the people recovering from conflict, disasters and the impacts of climate change.”

He added, “My passion and courage in the football field will continue to extend beyond the playing field to support U.N. World Food Programme operations.” 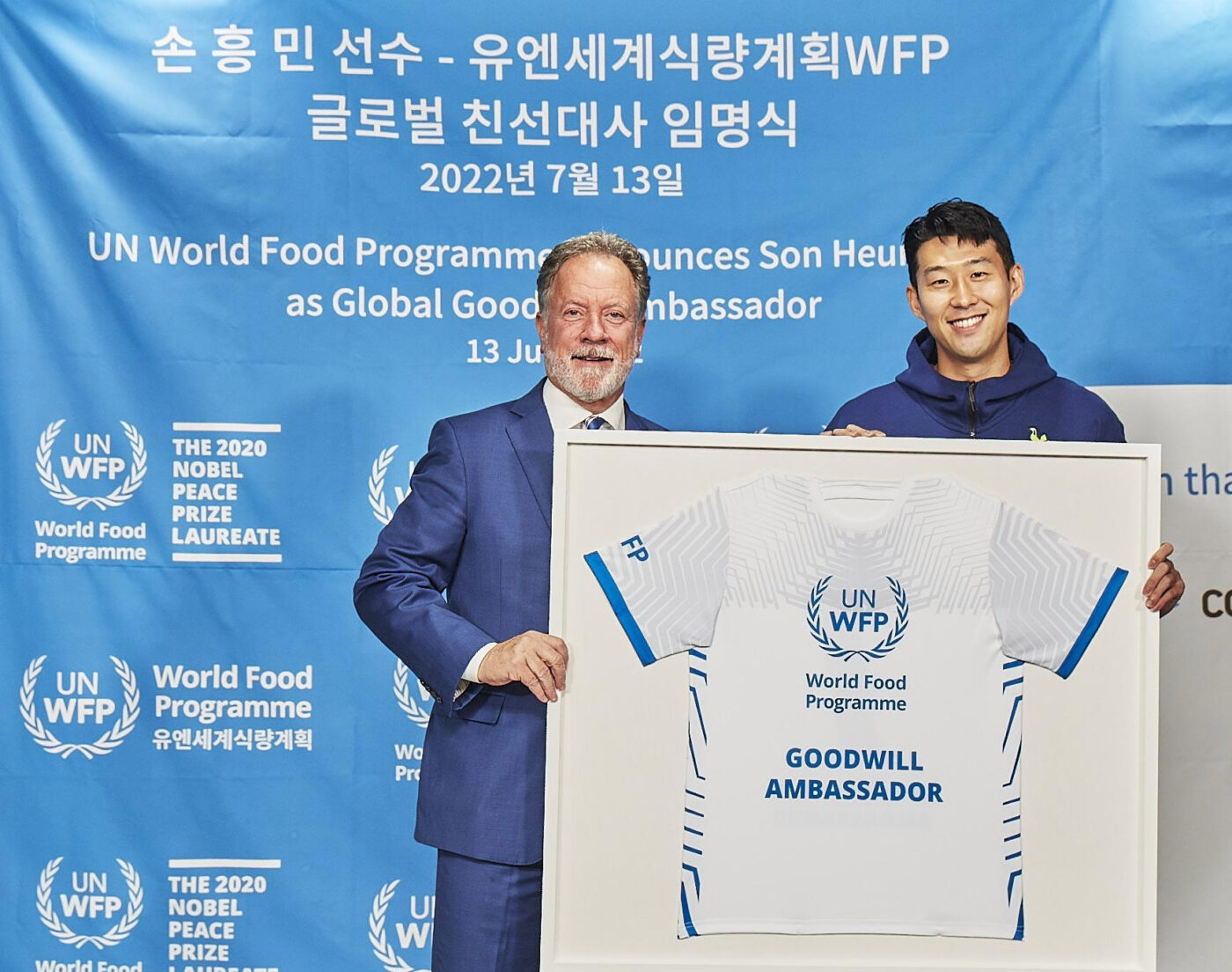 Son Heung-Min scored 23 goals in the 2021/22 season, making him one of the top scorers of the season and earning him the Golden Boot.

“Korea’s own development story of ending poverty and hunger stands as a brilliant example of what the U.N. World Food Programm strives to achieve in the countries where it operates.” 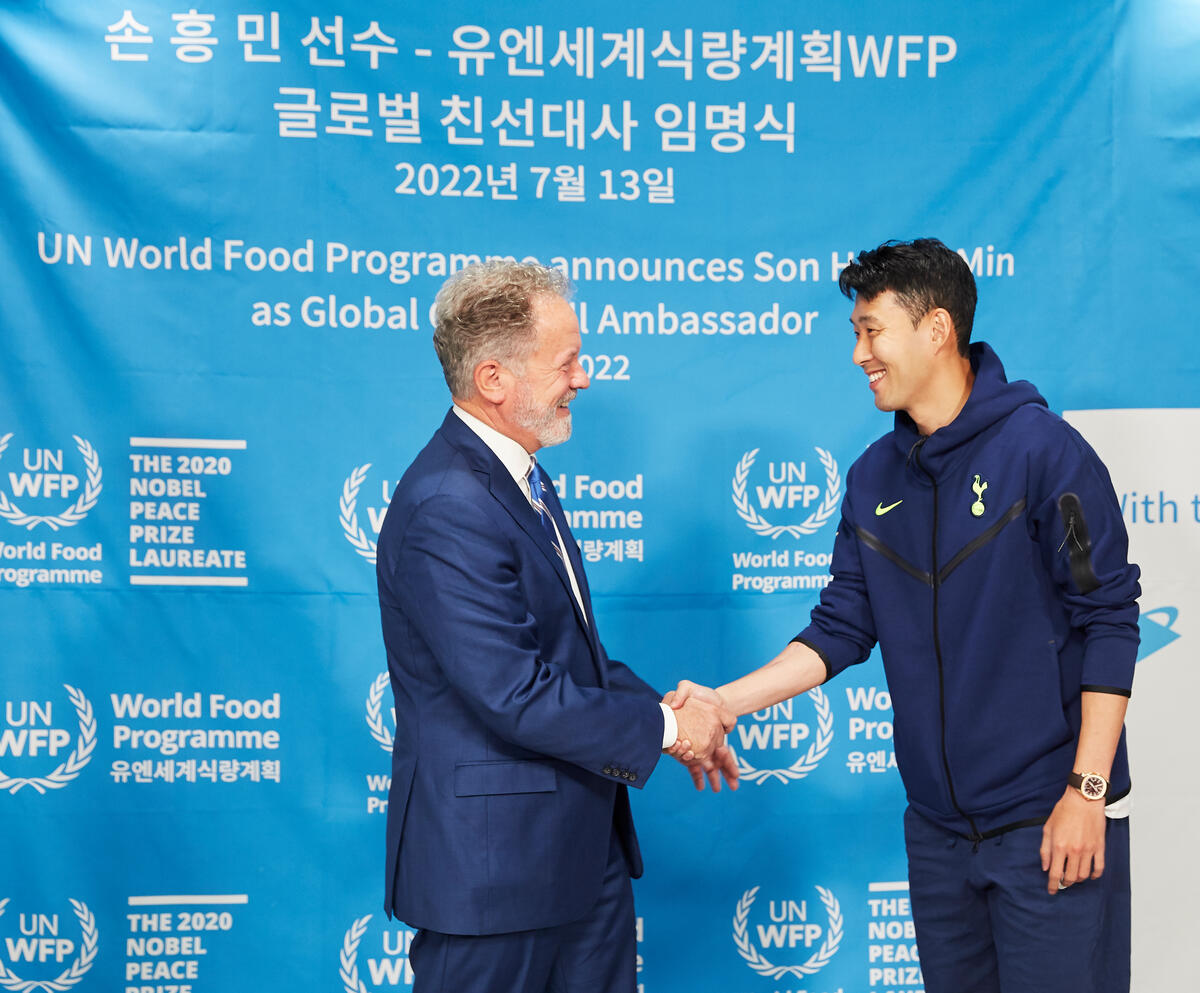 With considerable influence and popularity spanning across continents, Son will not only shine a spotlight on the plight of the millions of people going to bed hungry but will also be a voice inspiring global commitment and action to end hunger.

As a Goodwill Ambassador, Son follows in the footsteps of Canadian singer-songwriter Abel Tesfaye (aka ‘The Weeknd’) and actor Kate Hudson, among other public figures.

The appointment is a welcome development as the U.N. World Food Programme warns the world is at a ‘critical crossroads’: Immediate action is required for the 50 million people in 45 countries teetering on the edge of famine.

This story originally appeared on WFP’s Stories on July 13, 2022 and was written by Peyvand Khorsandi.

⚽️ We’re are SO excited to welcome soccer star @sonny7 to the @WFP family as our Goodwill Ambassador! 🎉

Son’s passion and determination on and off the field continues to be an inspiration to all of us. ❤️

Thank you for joining us in our mission for a #ZeroHunger world! 👏 pic.twitter.com/KllC2skbEl