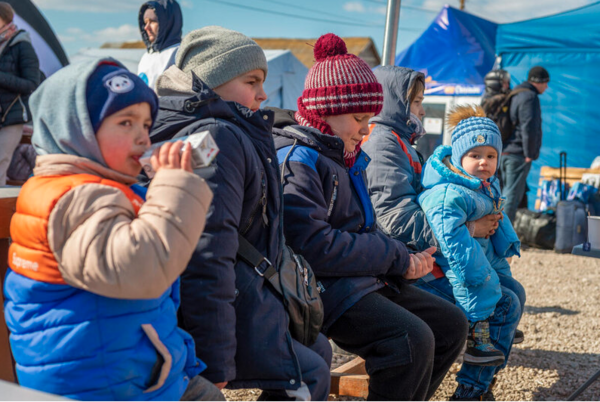 For as Long as Our Support Is Needed: WFP’s Emergency Coordinator in Ukraine Reflects on the War and Surging Food Needs

Four months into the war, the humanitarian situation continues to worsen in Ukraine as fighting intensifies and hunger spreads. Within the country, logistics challenges are multiplying by the hour. Beyond the Black Sea, the war’s effects are exposing the fragility of both global and local food systems.

It’s three months since the U.N. World Food Programme returned to Ukraine. What are your main reflections?

One of the things that strikes me the most is that the U.N. World Food Programme shouldn’t have to be in Ukraine as part of a United Nations emergency response. This is a country we bought food from to feed the rest of the world. It’s a country where we contracted tech-savvy millennials to develop digital cash platforms.

It’s heartbreaking that we have to be here to provide food for people who have fled from war and who have lost their homes, their jobs and can no longer support themselves. It pains me to say that this war isn’t ending soon. The number of people who are affected is growing, and the longer this war continues, the more the needs will increase. 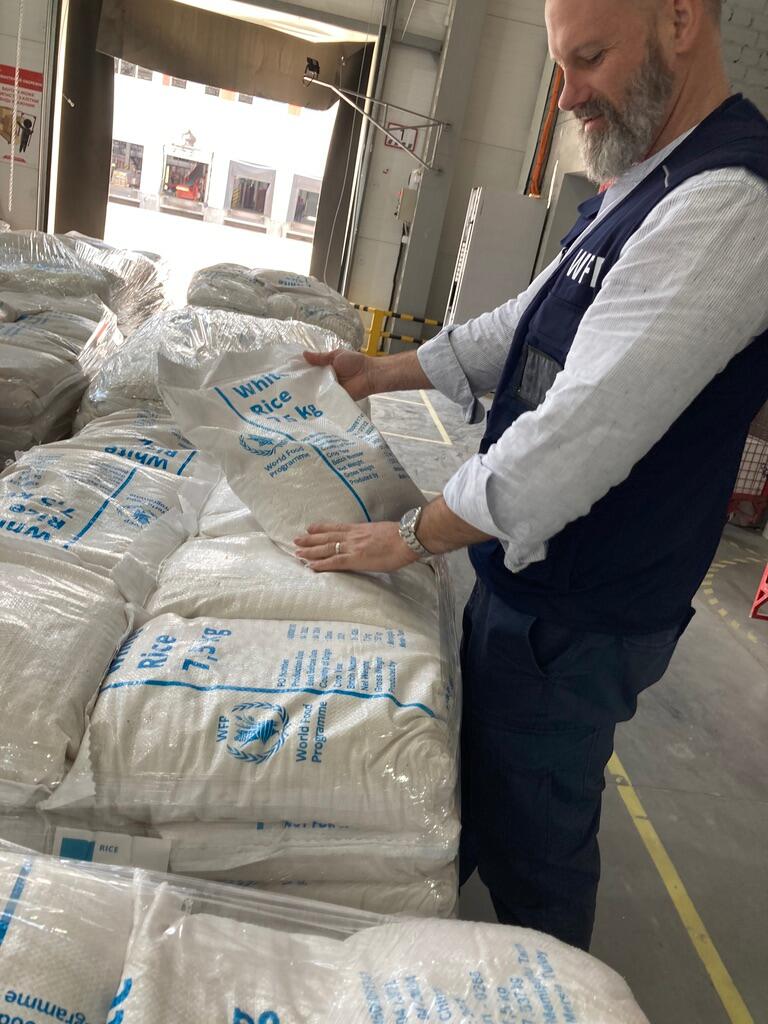 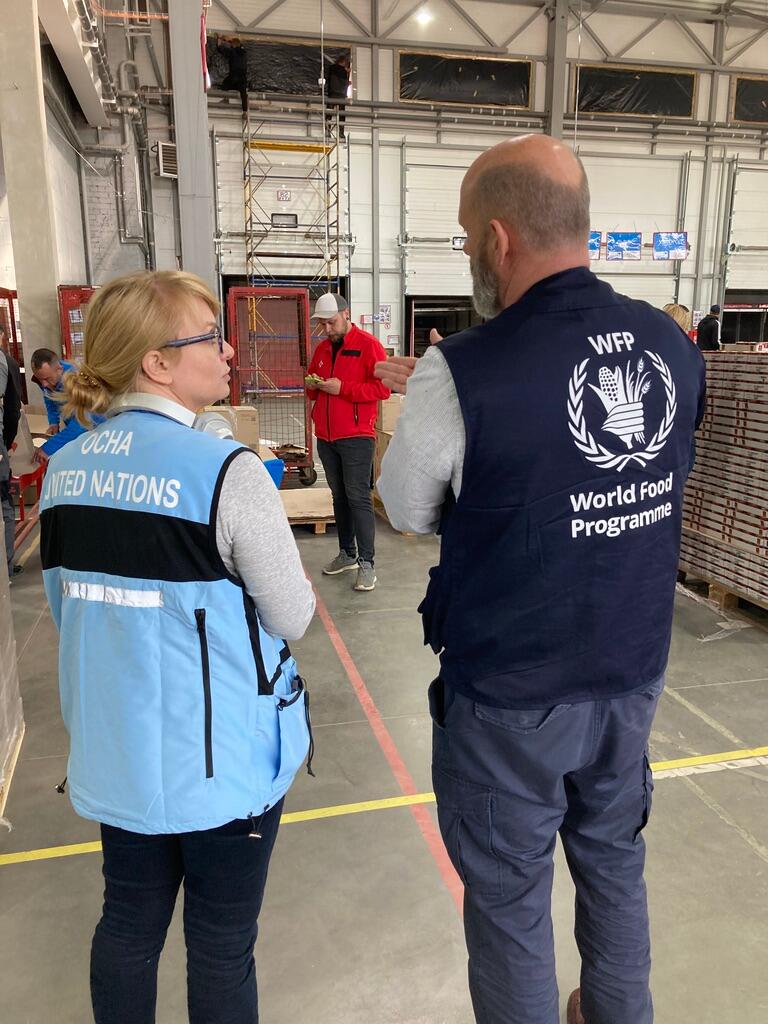 You’ve worked on a lot of emergencies. Why is this one different?

This war has transformed what is usually a ‘breadbasket of the world’ into a major humanitarian crisis. Last year, Ukrainian grain fed 400 million people around the world. Now, in more than 120 countries and territories where the U.N. World Food Programme works, severe hunger is expected to rise by 47 million people if the conflict in Ukraine continues unabated.

What’s struck you most since your arrival?

The courage and resilience of the people of Ukraine has been palpable during my initial travels around the country. Their ability to demonstrate unity and purpose and to look after each other will stay with me. 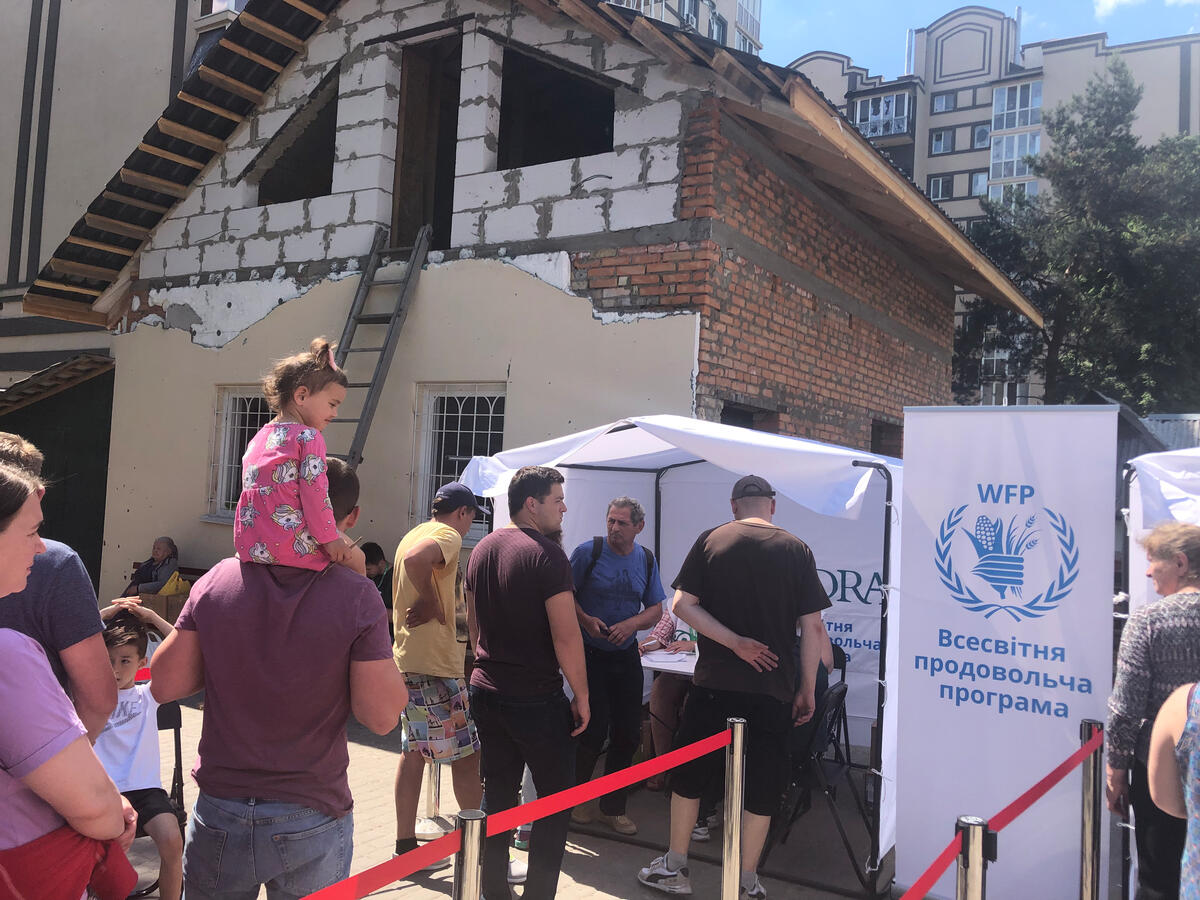 Since the war began in March, the U.N. World Food Programme has reached 5.4 million people inside Ukraine.

What are the biggest challenges the U.N. World Food Programme faced when scaling up operations?

We hadn’t been operational in the country since 2018. So, for my predecessor and his team, there was a considerable amount to do. They had to establish offices and then scale up to reach all of the people who needed our support.

We reached 2.2 million people in May with monthly rations and cash. We hope to support over 3 million in June. We are opening more offices, warehouses and packaging facilities, organizing distributions, recruiting and training national staff, and ultimately, trying to ensure that we’re as close as possible to where the most significant food needs are. 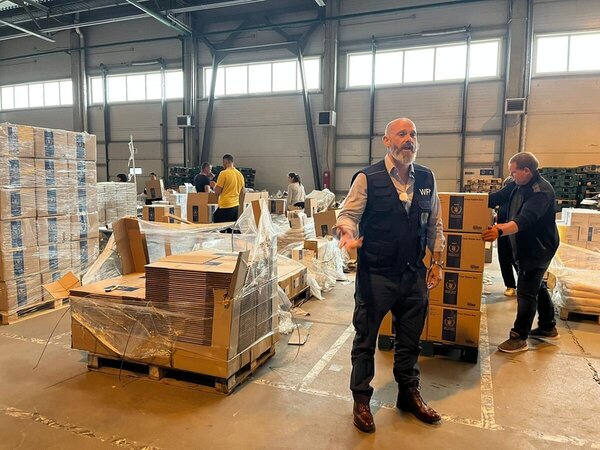 Hollingworth at the Berger-Cargo warehouse near Kyiv, where U.N. World Food Programme food rations are assembled into packages.

What are the U.N. World Food Programme’s main priorities in the country now?

To ensure that we reach people wherever they need us. We do this in two main ways: through cash and food. The U.N. World Food Programme signed an agreement with the government in May, which was critical in helping us to identify internally displaced people and others who needed our support. By doing this, the U.N. World Food Programme increased our cash transfers six-fold in just one month. We’ve now provided over 1 million people with cash and injected nearly $74 million into the Ukrainian economy. People who register for the program are getting their cash just 72 hours later to cover their food needs, as well as medicine and clothes.

It was also important that we moved from one-off rations to 30-day food packages that families can rely on. We are now providing pasta, rice, oil and canned meat to almost 420,000 people a month.

Ukrainian refugees in Moldova, where they are assisted by the U.N. World Food Programme and UNHCR.

How long do you think the U.N. World Food Programme will need to be in Ukraine?

That’s very difficult to say while the war continues. If the war stopped tomorrow, I am confident the U.N. World Food Programme could be out of this country in a year – handing over every innovation and initiative to the government and our private and public sector partners. Realistically, this war in Ukraine may continue for some time to come, with no winners, only losers.

I’ve just spent the past three years in South Sudan where a protracted conflict with no end in sight has created huge humanitarian needs. We certainly do not want to see a repeat here.

This story originally appeared on WFP’s Stories on June 3, 2022 and was written by Paul Anthem. To read the latest on our operations in Ukraine, click here.