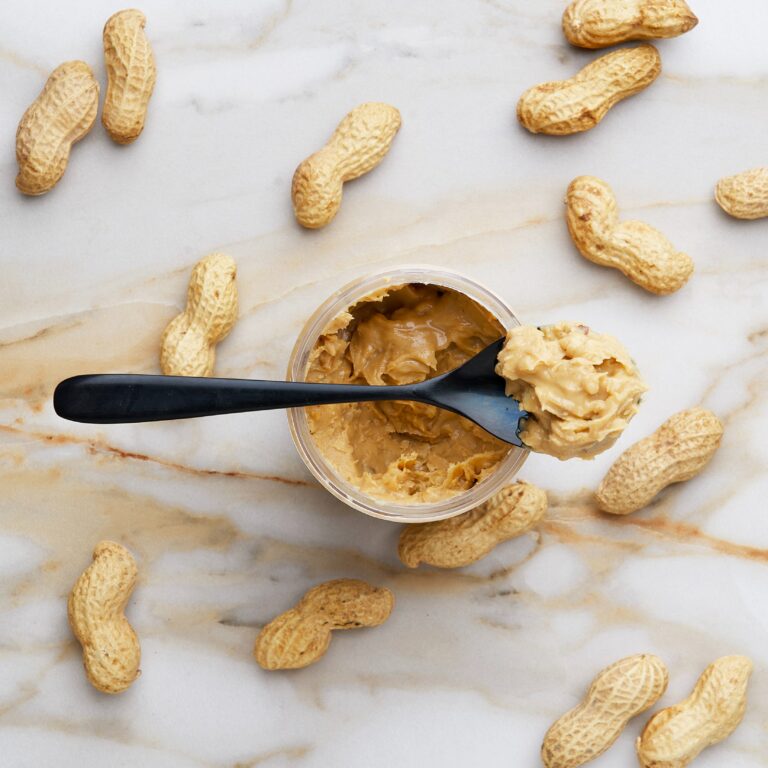 You might not think peanuts have anything to do with the brutal, ongoing violence in northeast Nigeria where millions of people have been forced from their homes and pushed into hunger.

But the humble peanut is one of the most important players. 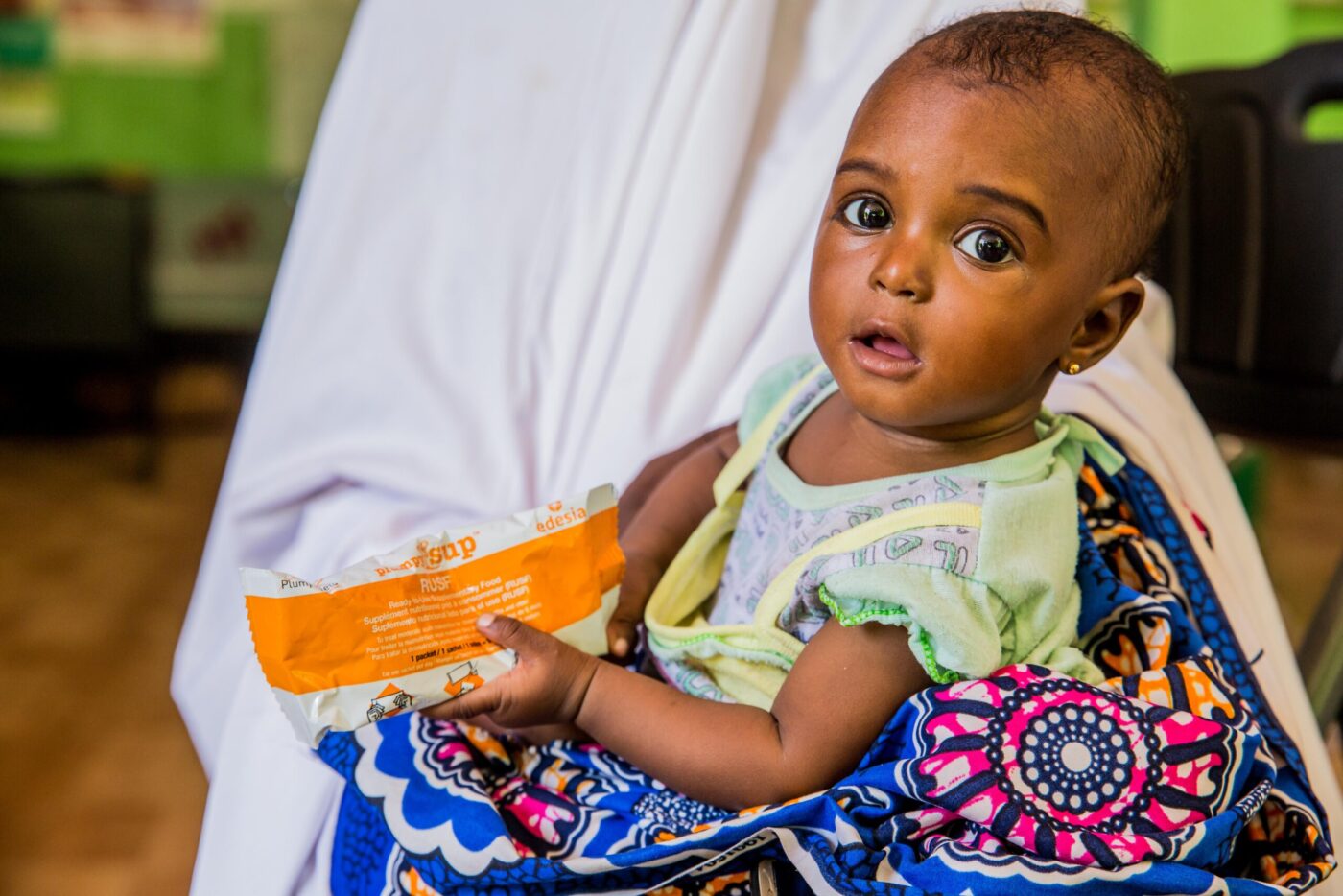 In 2020, little Ruqayyah recovered from malnutrition with the help of U.N. World Programme food supplements and treatment at a local clinic.

60% of Nigeria’s population is living under the poverty line right now and just in the northeast, 3.5 million are facing hunger. In Borno State alone, 13,550 people are estimated to already be facing starvation. The United Nations World Food Programme (WFP) is responding to the crisis on the ground and in the air, bringing partners together to feed families in need.

That’s where the peanuts come in. 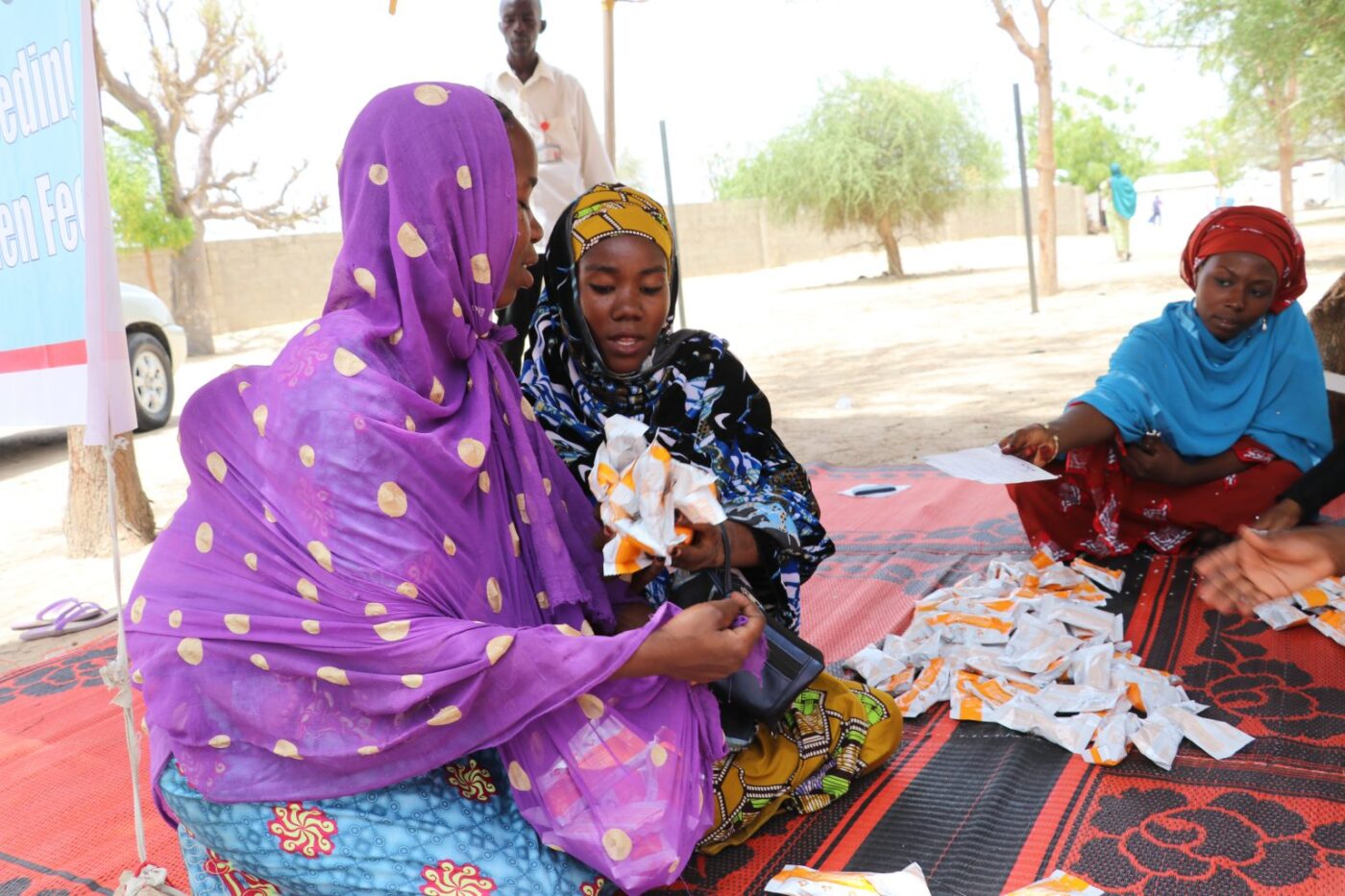 In 2017, women received rations of Plumpy’Sup for their children as part of WFP’s nutrition program at El-Miskin IDP Camp in Maiduguri.

Thanks to our Rapid Response teams, we’re able to quickly deliver food supplies to people in hard-to-reach areas – like Borno and Yobe states – many of whom are young children, especially vulnerable to malnutrition.

Enter: our ready-to-use therapeutic foods, like Plumpy’Sup – made from peanuts. Foods like Plumpy’Sup are specifically designed to prevent and treat chronic malnutrition among children between six months and five years old.

The fortified peanut-based paste was developed over 20 years ago by a French scientist who led the way in revolutionizing malnutrition treatment. With Plumpy’Sup, families who don’t have access to water or electricity can feed their children this pre-packaged, ready-to-eat food that requires no cooking or water. 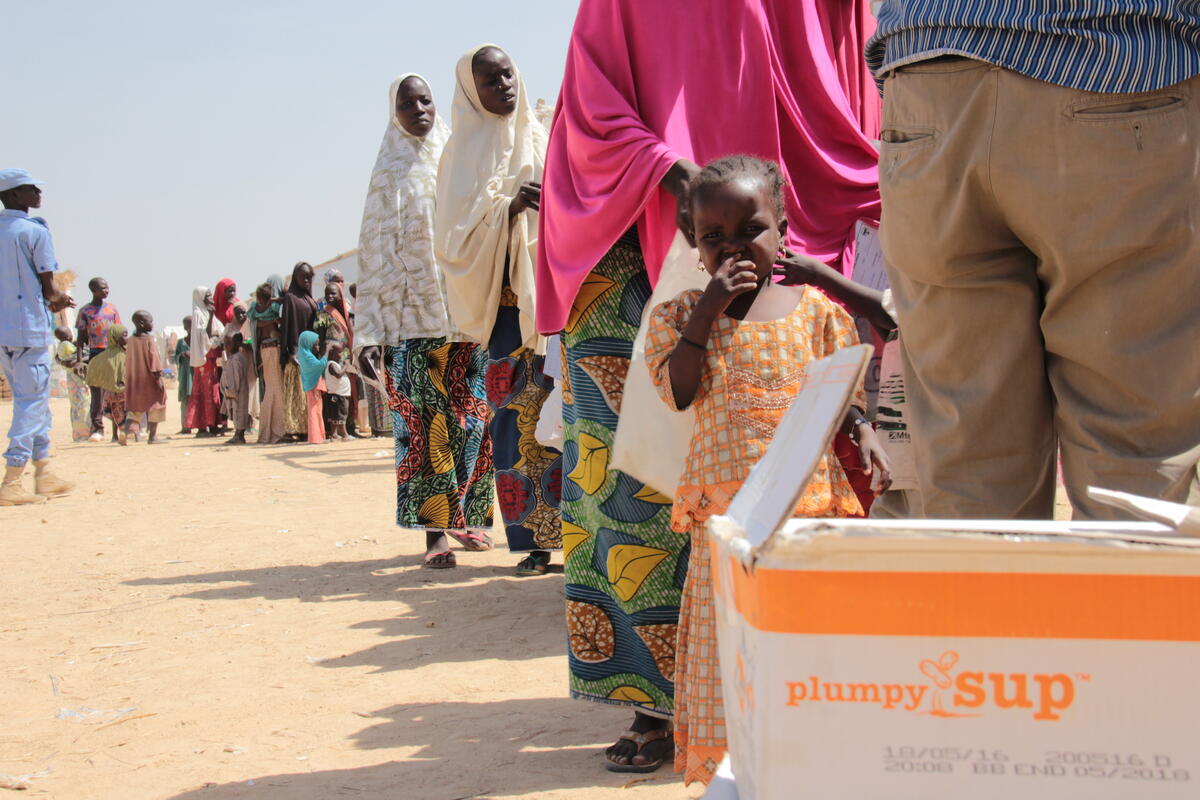 Plumpy’Sup is a peanut-based paste specially designed to combat malnutrition in children under the age of five.

The high-tech mix of peanut paste, vegetable fat, dry skimmed milk, sugar and whey protein is designed to be eaten directly from the packet as a crucial supplement to a child’s diet and breastfeeding. And, because it’s oil-based and low in moisture, Plumpy’Sup is highly resistant to bacterial contamination, giving it a long shelf life. The product’s sweetness also makes it a hit with young children.

Before this product existed, parents in remote areas in northern Nigeria (and around the world) would have to trek to the nearest health clinic — which could mean hours, or even days, of walking on foot — so their malnourished children could receive intravenous fluids. Often, by the time these parents would arrive, it would be too late. Now, we can deliver these ready-to-eat foods directly to them, saving time and many young lives.

During humanitarian emergencies like the ongoing conflict in northeast Nigeria, the humble peanut and Plumpy products make for a powerful tool in fighting childhood hunger.

You can see all the different types of food the U.N. World Food Programme delivers here.