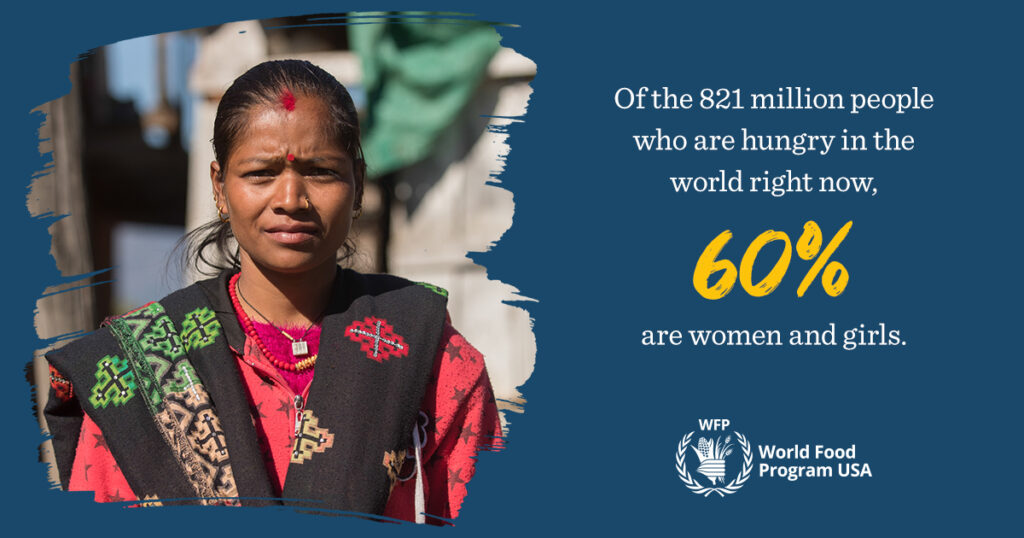 While Many Women Celebrate Progress This Year, 500 Million Are Still Left Behind

Over the last decade, women all over the world have made incredible progress. Iceland made it illegal to pay men more than women. Women in Saudi Arabia are now legally able to drive. There are more women serving in the U.S. Congress than ever before. Achievements like these should absolutely be celebrated, but on today’s International Day for the Eradication of Poverty we need to acknowledge where we are falling short.

Right now, nearly 500 million women around the world are hungry. Compared to men, women make up 60% of the world’s food-insecure population. To say that’s not right would be a massive understatement.

The magnitude of this food insecurity is directly related to gender inequality. Because of deep-rooted gender norms, war and conflict, and a lack of equal rights, pay and representation, women often eat last and least. When a crisis hits, women are usually the first to sacrifice their own food to ensure their families have enough to eat. In a dark irony, women in the developing world often have the most responsibilities in the home, but the smallest amount of food. In fact, globally, women do 2.6 times more unpaid domestic work than men and earn 23% less for work that is paid.

The United Nations has set an ambitious goal to achieve a zero-hunger world by 2030. With just ten years to go, we need to invest in strategies that we know will work, and we know that empowering women is exactly one of those strategies. Women—mothers, daughters and sisters—are the solution.

Studies show that when women earn money, they reinvest 90% of their income back into their families and communities, while men only reinvest 30-40 percent.

Bringing women into the paying economy can jumpstart a cycle of change that will last for generations. 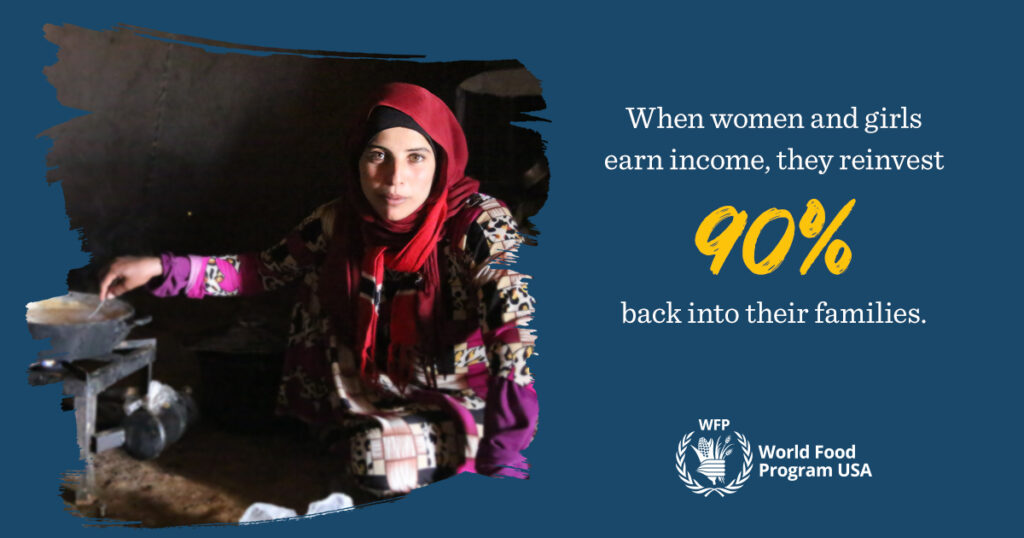 The United Nations World Food Programme (WFP) is the world’s largest hunger-fighting organization, serving more than 45 million women around the world. We do whatever it takes to help these women build better lives. Through food assistance and skills training, the U.N. World Food Programme offers hope, opportunities and a hand up. This is especially evident in agriculture.

More than half of the world’s small-scale farmers are women but, because of laws that favor men, only 13% have the right to own land. We believe every woman has the right to own the land they nurture every day. That’s why we provide engineering and training programs that equip women with the tools they need to become active participants in their local markets and fetch fair prices for their products.

Last year, the U.N. World Food Programme trained 1.3 million women; those women reaped the rewards and invested it back into their families and communities. 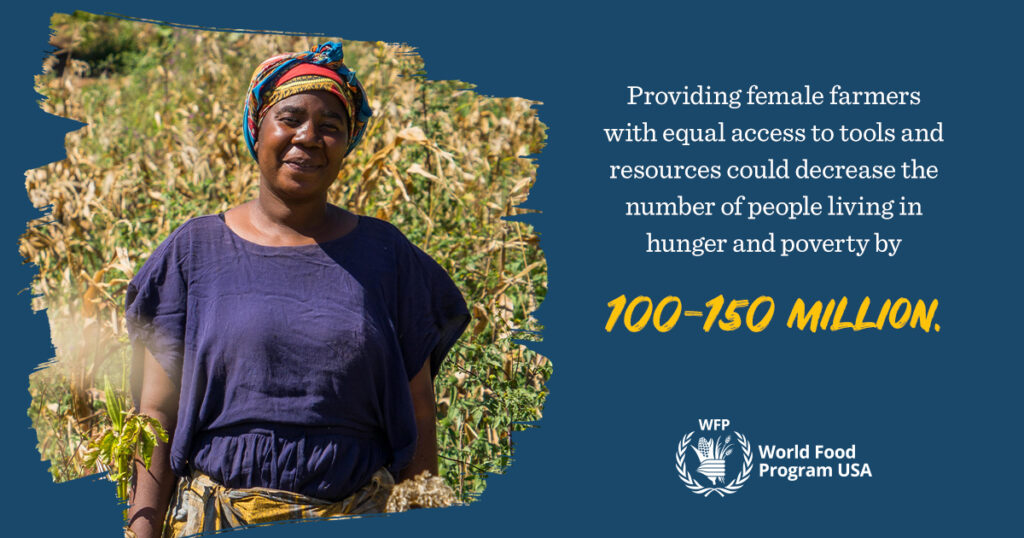 Millions of women have benefited from programs like these: 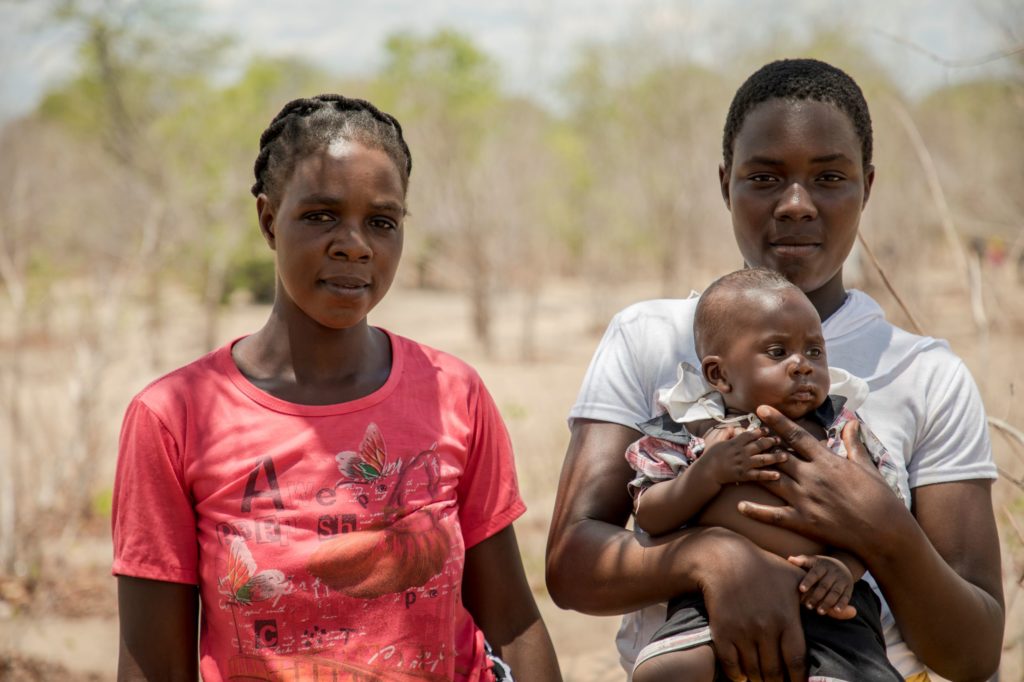 Patience (left) with two of her children.

Deborah and her youngest son. 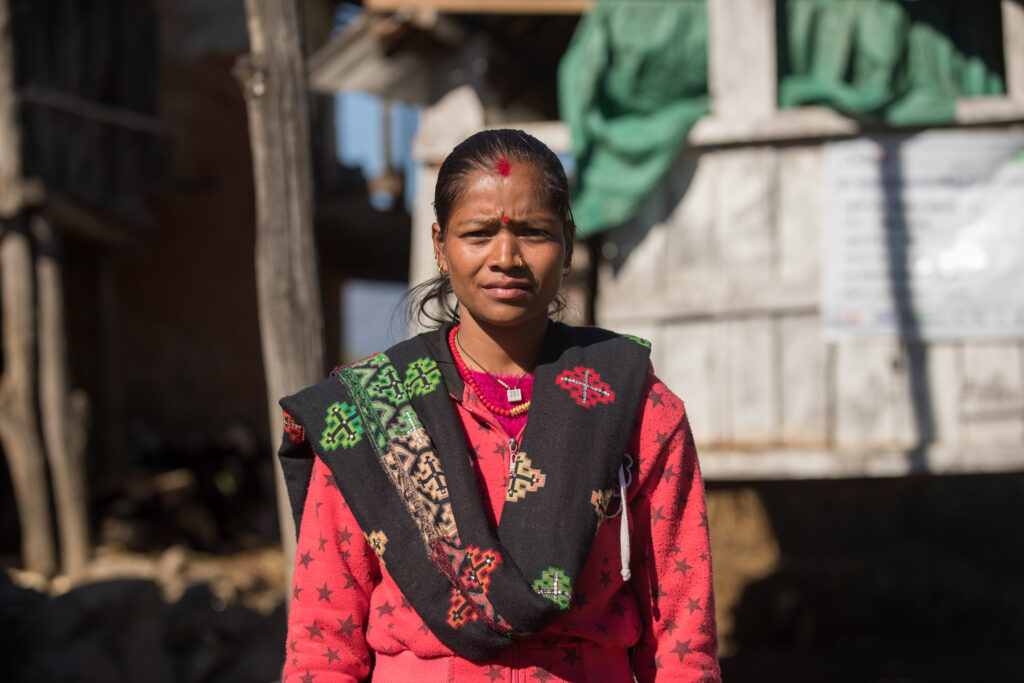 Nanda stands outside the school where she now teaches. 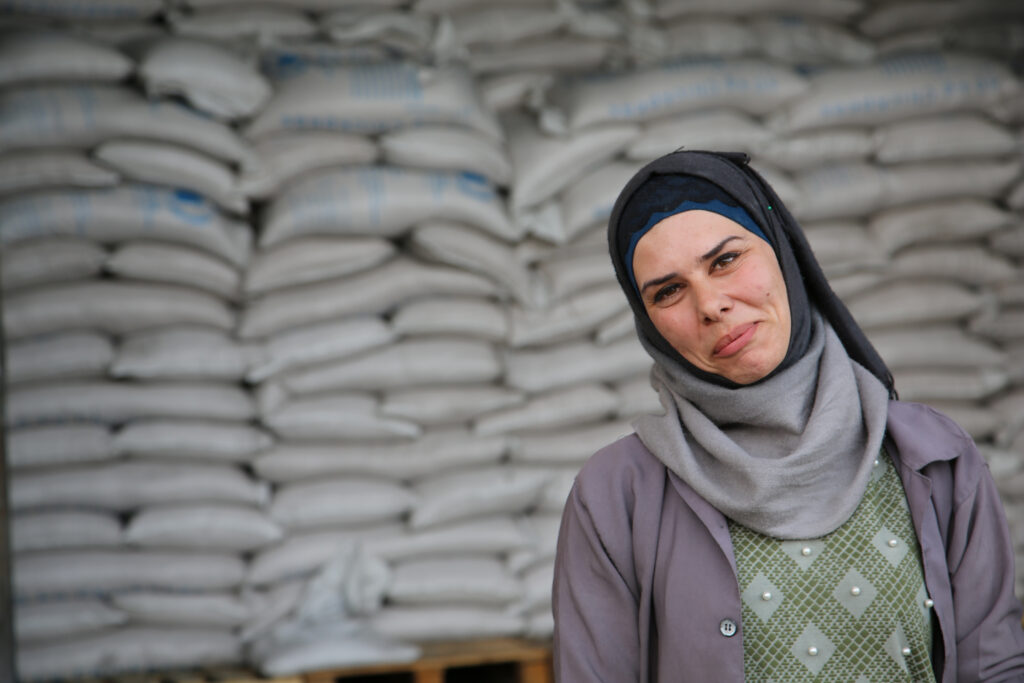 Alaa at the WFP warehouse in Syria where she works.

The success stories of resilient and powerful women are inspiring, but they should also remind us that there are so many more who are still in need. They could each achieve great things if they were only given the same resources, access and opportunities – and pay – as men.

Today, we urge you to stand behind the world’s hungriest women. Speak up for them. Lend your voice to the cause. When we unite and take action together, real progress becomes possible. With your help, we can create a zero-hunger reality for all women and girls. Discover how you can help at www.wfpusa.org/women-hunger.

60% of the 821 million people who are food insecure in the world are women & girls. @WFP is working to provide assistance to those who need it most. https://t.co/kh0tGC9iV5 #WomenAreHungrier pic.twitter.com/9MEhqqKg6y

Nearly 500 million women and girls worldwide don’t have enough to eat. Food assistance and skills training empower women to fight hunger and provide for their families. Read why #WomenAreHungrier and how they can be the solution to end global hunger. https://t.co/MxUpNBbnBC pic.twitter.com/rbz5cLyyWL

Q: How can we save families from hunger and poverty?
A: It starts with feeding & empowering women 🙋🏻‍♀.

I’m joining @WFPUSA in making the #Pledge4Moms because #WomenAreHungrier. Let’s stand up for strong women who are doing whatever it takes to care for themselves & their families — especially in the 🌏’s hungriest places. Are you with me? 👇🏼

I’m joining @WFPUSA in making the #Pledge4Moms because #WomenAreHungrier. Let’s stand up for strong women who are doing whatever it takes to care for themselves & their families — especially in the 🌏’s hungriest places. Are you with me? 👇🏼

Let’s stand up for strong mothers around the 🌎 (like mine!) who are doing whatever it takes to care for their families.

#WomenAreHungrier today than ever before. By empowering them and changing that, we can help change the 🌏 and #endhunger.

Will you stand with women today?