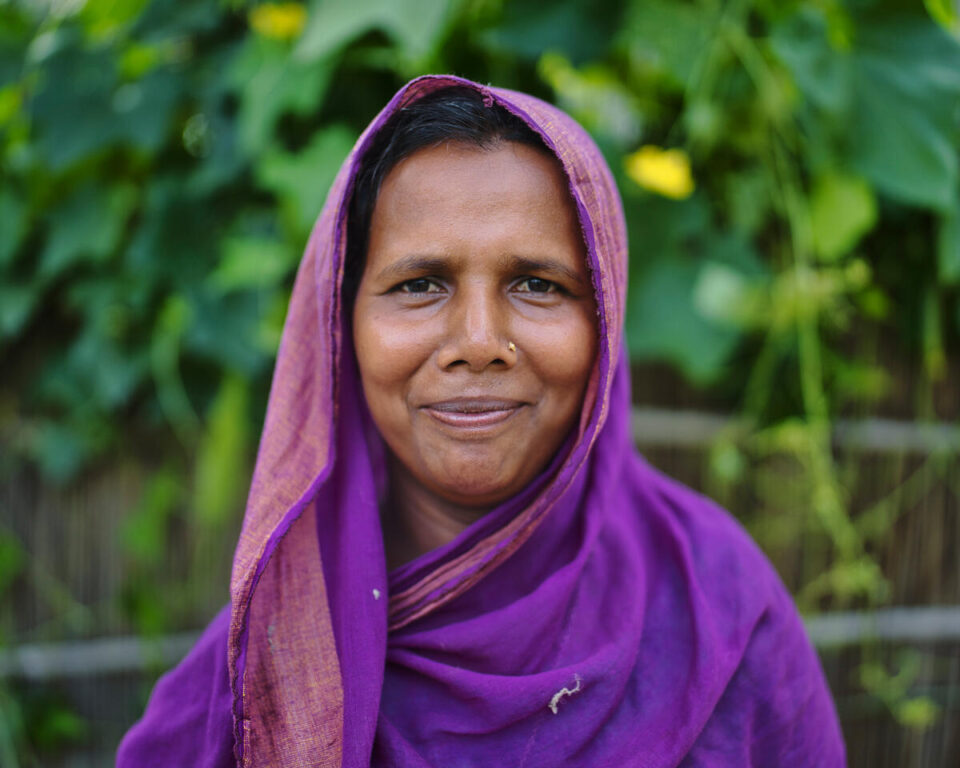 Words Matter: The Hunger Terms and Definitions You Need to Know About People Who Live on Less Than $2 a Day

Consider the following sentence: WFP fights food insecurity and famine among the world’s most vulnerable communities by providing lifesaving assistance through cash-based transfers, the First 1,000 Days program and other resilience interventions.

Depending on your familiarity with global hunger and the United Nations World Food Programme (WFP), this sentence could be – at best – boring to read, and at worst, entirely unintelligible. That’s why we work hard to eliminate any jargon from the stories we share with you. But many of these words and phrases have a long history in the humanitarian sector and are still used quite often.

So, we’ve put together a guide for understanding the language that tells the story of our work and the people we serve. In some cases, we’ve opted not to use certain terms in our writing – like “third-world countries” – because they’re inaccurate or demeaning to the people whose stories we’re sharing.

1) Cash-based transfers (CBTs): CBTs are a type of assistance that can take several forms including banknotes, local currency, e-money, mobile money, debit cards or food vouchers that can be used at local shops.

2) Drought: A drought is an extended period of time – usually impacting at least one planting season – when a region has below-normal rainfall or snow that results in a widespread shortage of water.

3) Dry Corridor: The Dry Corridor is a region that encompasses Guatemala, El Salvador, Honduras, Nicaragua, and parts of Costa Rica and Panama. The Dry Corridor is affected by the El Niño phenomenon, which exacerbates extreme weather events like drought and flooding that have become more frequent and intense over time. The region is a major source of migration as families leave their homes in search of jobs and safety.

4) Equality and equity: Equality and equity both mean “even” or “fair,” but in different ways. Equality is when everyone is treated exactly the same way, regardless of need or background. Equity is when individuals are provided with resources based on their needs. Equity recognizes that everyone begins their lives from a different place in society due to factors beyond their control including discriminatory power structures, entrenched biases, and the unequal allocation of and access to resources like education. 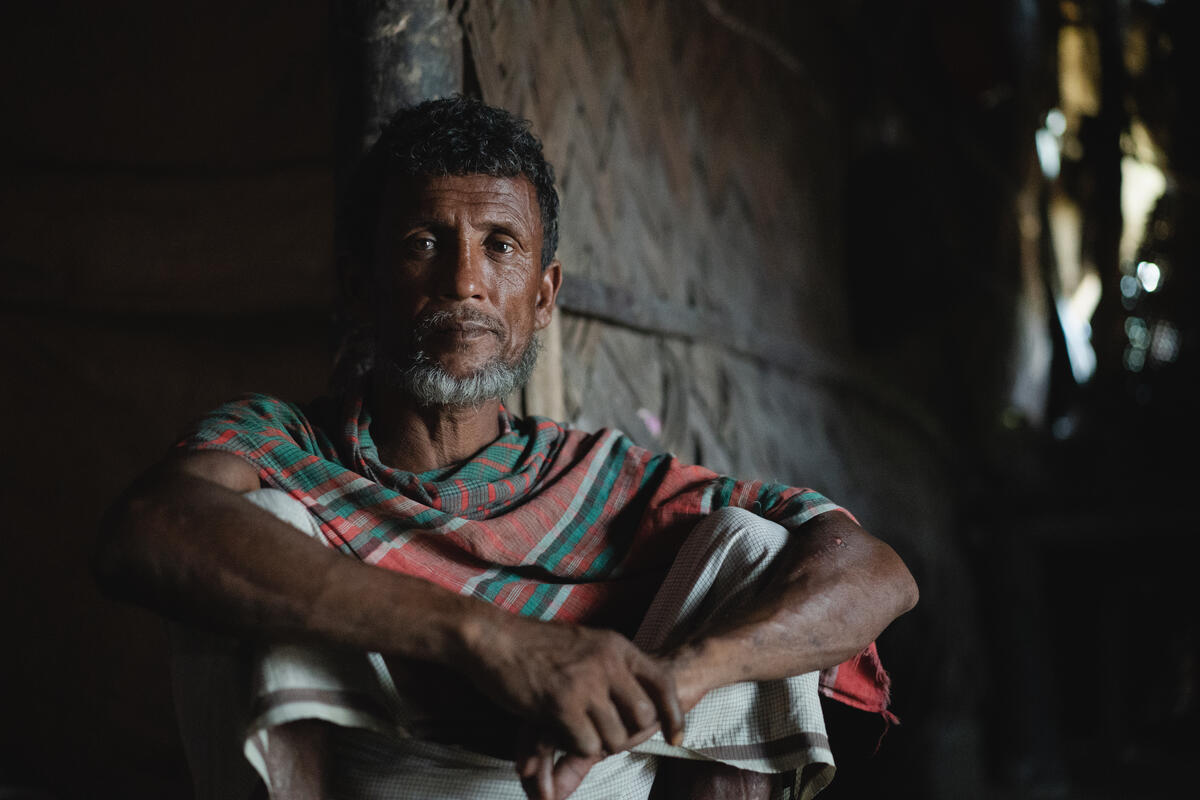 6) Famine: Famine is the most extreme form of hunger and is synonymous with starvation. It’s declared only when all three of the following parameters are met:

1) 20% of the population faces extreme food shortages
2) one in three children suffer from acute malnutrition
3) two people per day die of starvation for every 10,000 inhabitants

By the time famine is declared, people are already dying from lack of food.

7) First 1,000 Days: This term has dual meanings. First, it refers to the period of time from a mother’s pregnancy to her child’s second birthday. This is the most crucial window for children’s physical growth and mental development. Secondly, it’s the name of a WFP program that provides highly specialized, nutrient-dense foods to pregnant women, new mothers and infants during that same period of time.

8) Food crisis: A food crisis can happen at a local, national or global level when there is a sudden and sharp rise in widespread food shortages and hunger. The word “crisis” is used to describe populations experiencing severe levels of hunger and don’t know where their next meal is coming from.

9) Food insecurity: Food insecurity – otherwise known as “hunger” – is when a person lacks regular access to enough nutritious food for healthy growth and development. People experiencing food insecurity don’t know where their next meal is coming from.

10) Food loss: Food loss is a form of food waste where food becomes unfit for human consumption due to damage that occurs along the supply chain. For the people we serve, their crops are often lost to drought, flooding, disease, mold, vermin, poor storage and bug infestations. This means precious crops are lost before people have a chance to eat them. 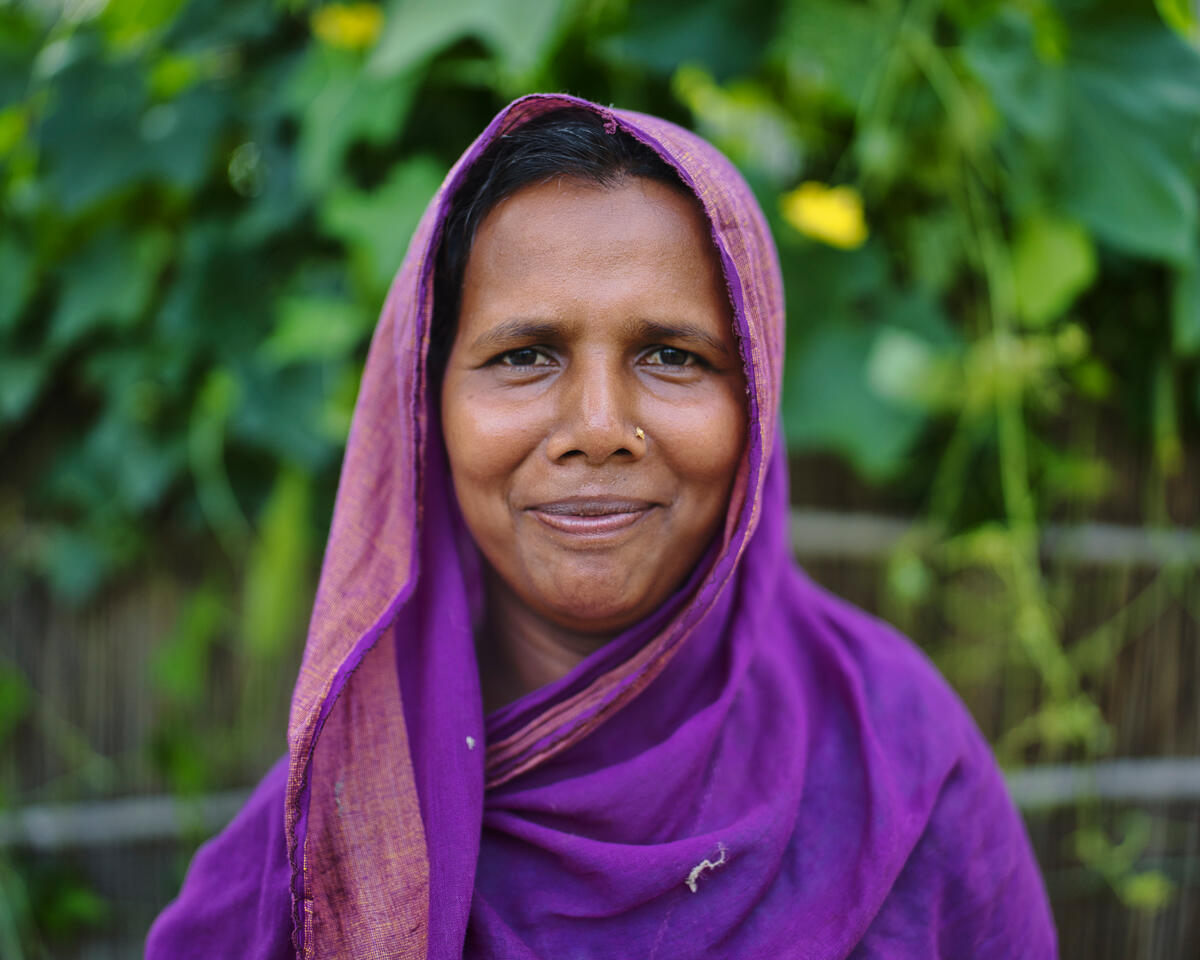 ’11) Food waste: Food waste happens when edible food is thrown away at the consumer and retail level, including stores, restaurants and homes. For example, restaurant suppliers often reject “imperfect” foods like lumpy apples, grocery stores throw away items nearing their “best by” date and families toss out uneaten leftovers.

13) Hermetic: The term hermetic means airtight and is often used to describe the storage bags and silos the U.N. World Food Programme gives small-scale farmers to store their crops and reduce their post-harvest losses. See the ‘food loss’ definition above.

14) In-kind food assistance: This in-kind assistance is the direct provision of food often in the form of raw grains, beans and cooking oil. The U.N. World Food Programme might buy the food from local markets or the food can be provided by a donor government.

15) Lean season: The lean season is also known as the “hunger season” in agricultural communities. It’s the time of year between the planting and harvesting of crops when food runs out. This season can last for months and is an especially challenging time for subsistence farmers and their families who depend entirely on what they grow.

16) Livelihood: A person’s livelihood is the food and cash that supports their way of life. For example, a small-scale farmer’s livelihood is agriculture. WFP supports people’s livelihoods through a broad range of programs including entrepreneurship trainings, the restoration of degraded land and rehabilitation of roads – all of which boost access to food and income.

17) Malnutrition: Malnutrition encompasses all kinds of diet-related deficiencies that are sub-optimal, including obesity. The kind of hunger the U.N. World Food Programme works to solve is called “undernutrition,” which results from prolonged food deprivation and manifests in weakness, pain, weight loss, impaired thinking and a compromised immune system. 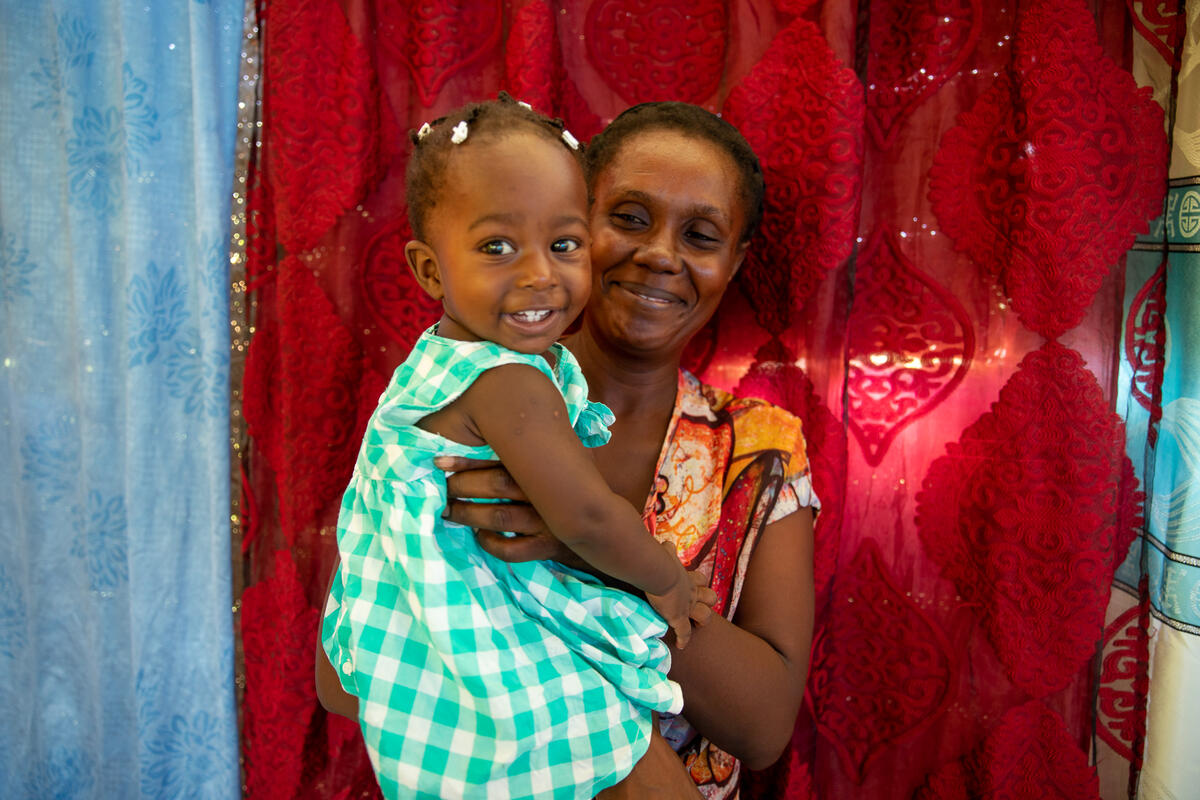 18) Ration: This refers to the amount of food a U.N. World Food Programme beneficiary receives over a certain period of time, as opposed to a single meal. For example: “their monthly ration.”

19) Resilience: Our long-term solutions help bolster people’s ability to prepare for, respond to and recover from shocks – that’s resilience. Resilient communities can sustain themselves over long  periods of time, which is what we aim for.

20) Sahel: This region stretches from the West Coast of Africa across the Sahara, including Burkina Faso, Cameroon, Chad, Gambia, Guinea, Mali, Mauritania, Niger, Nigeria and Senegal. Increased conflict and the effects of climate change are causing hunger to rise rapidly in this region.

22) Starvation: Starvation occurs when a person does not receive enough food to sustain their basic bodily functions and stay alive. It results in extreme suffering or death. It is the most severe form of undernutrition. The word is used interchangeably with “famine” and “catastrophic hunger.” 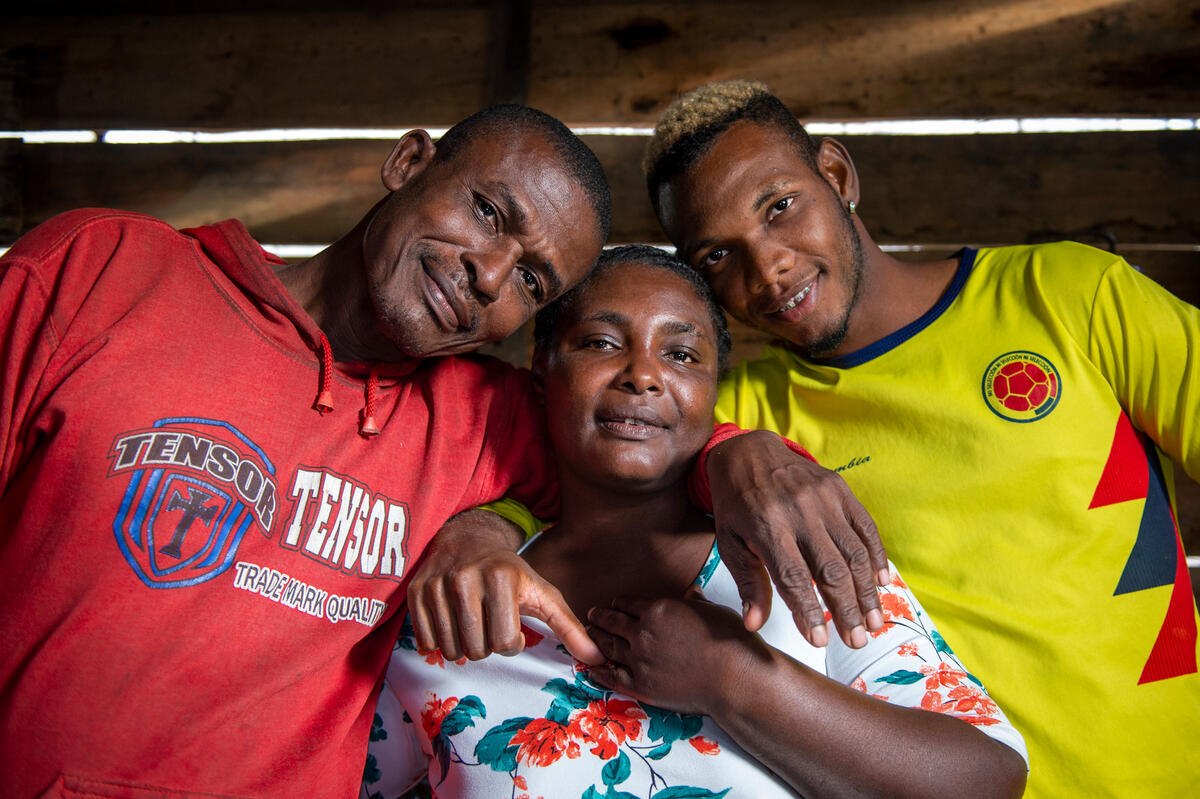 23) World hunger: the number of individuals across the globe experiencing hunger, affecting up to 828 million people this year.

24) Zero Hunger: A world without hunger is one of the United Nations’ 17 Sustainable Development Goals (SDGs). The goal is to end hunger, achieve food security and improve nutrition by the year 2030. When referring specifically to that goal, “Zero Hunger” is capitalized. When we write generally about a world without hunger, the phrase is lowercased to say “zero hunger.”

Writing with dignity, agency and respect for the people we serve

The following often-used words and phrases should be chosen with care and approached with anti-tokenism and respect for the people we support. Our ability to add nuance and context to these terms is a product of space constraints, and we commit to including as many details and as much specificity to contextualize these terms whenever space allows. Content creators should use “people first” language to avoid labeling our beneficiaries with descriptors that are a result of their circumstances and thus are subject to change. 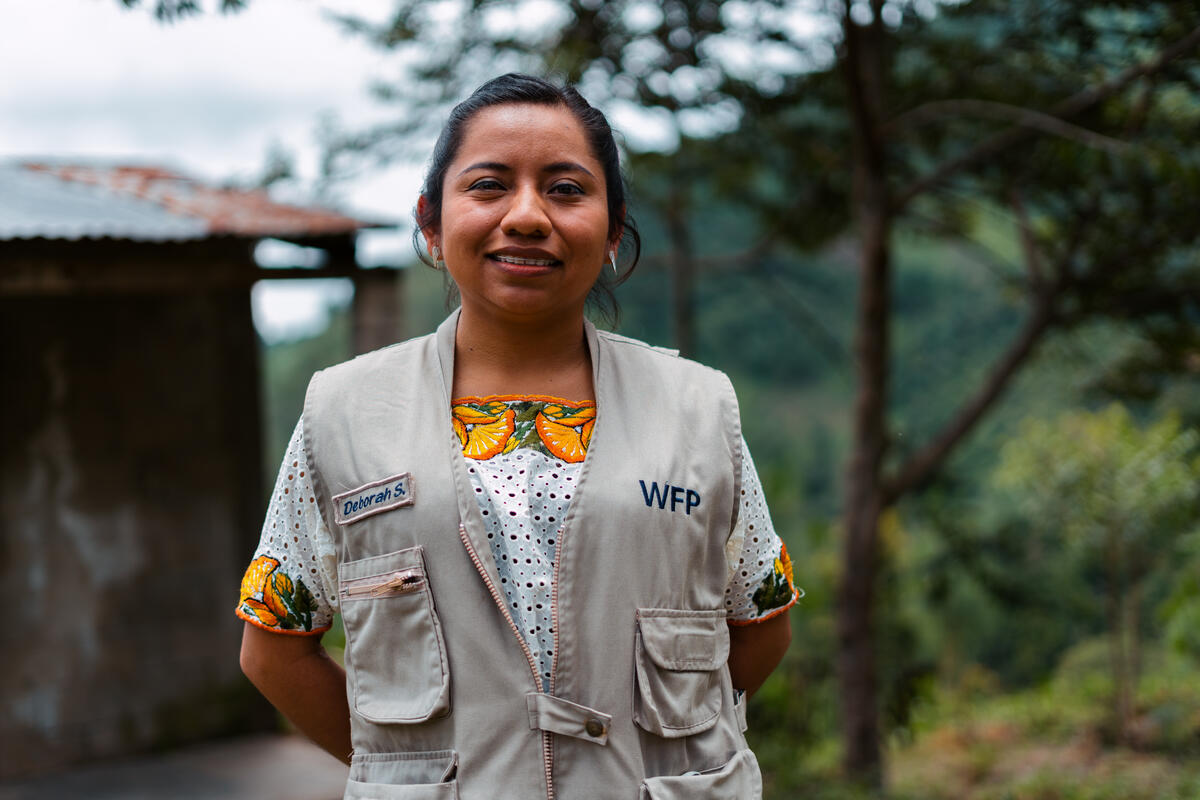 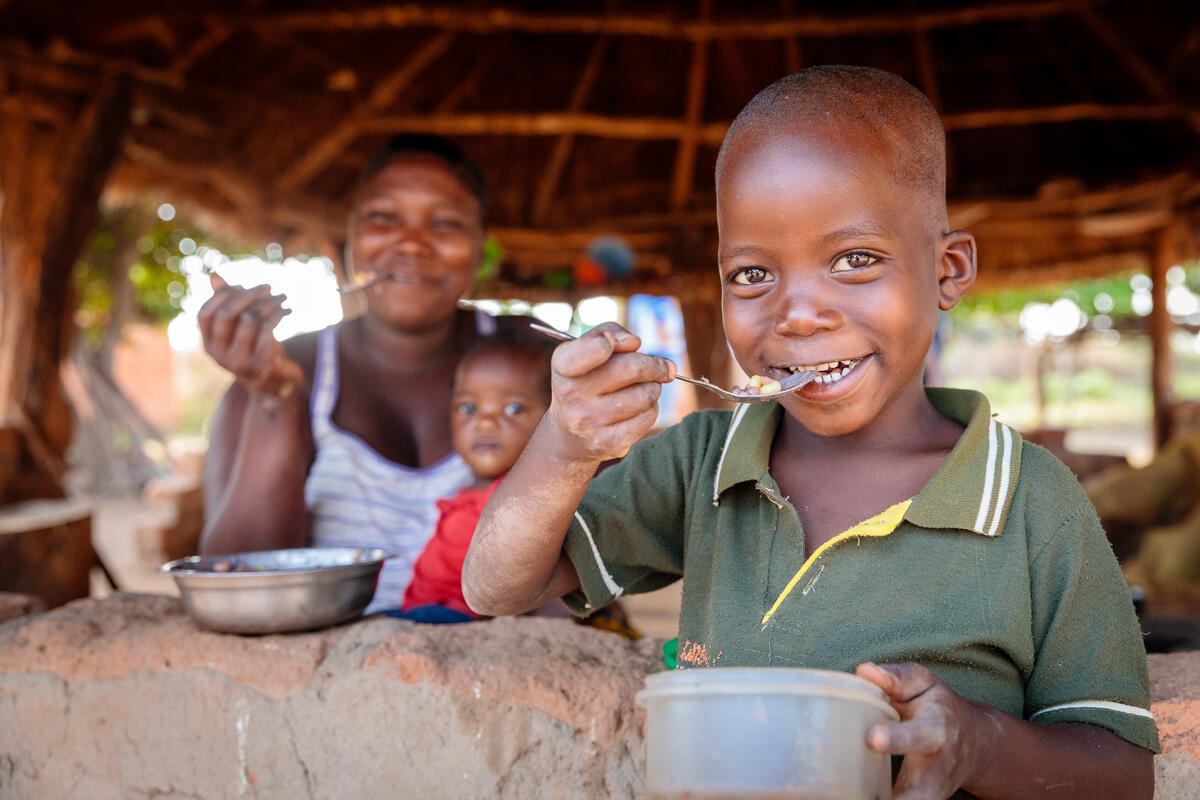 33) Mankind/manpower/man-made: These terms are gendered and exclusionary to women and non-binary people. Always replace with humankind or humanity, staffing or workforce, or name the population specifically to which you’re referring (i.e., students, political leaders, Afghans, etc.).

34) Indigenous; Native: Always capitalize the words indigenous and native when referring to a specific group of people who originated in a region. Example: Bolivia’s Indigenous peoples represent some 62% of the population.

Our language is chosen consciously through the lens of dignity, inclusion and respect for the over 100 million people we serve across the globe. If you have any questions or comments about something we’ve published, please contact us here.

World Food Program USA follows Associated Press style conventions, with a few exceptions. We put people first and work to change the underlying causes of hunger, providing solution-oriented and inspiring stories to demonstrate our impact.  To learn more about our values as an organization, click here.