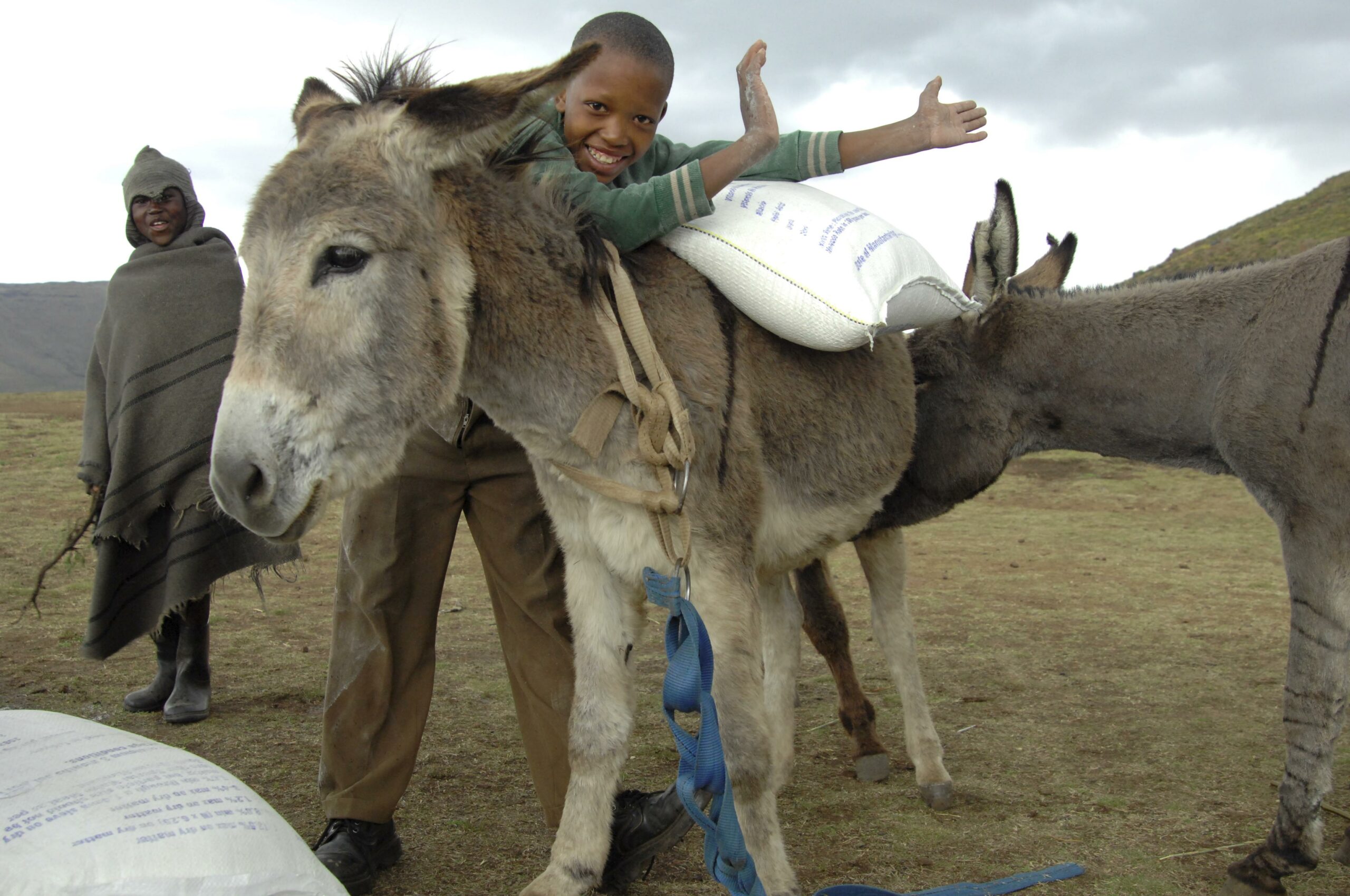 Some 57 percent of the population of Lesotho lives on less than $1 a day. The Government contributes seven percent of its national budget to safety nets like school meals, pensions for the elderly, child grants and cash-for-work projects.

The high vulnerability situation is exacerbated by recurring climatic hazards, including droughts, early frost and a low-performing economy that has seen unemployment among 29 percent of people under age 35. Agriculture, which contributes to seven percent of the country’s GDP, is a major source of livelihood for 80 percent of the population living in rural areas. Lesotho was hit hard recently by an El Niño-exacerbated drought.

A 23 percent HIV prevalence rate contributes to high levels of vulnerability. The country has to provide care for more than 200,000 orphans, most of whom have lost their parents to AIDS. Life expectancy at birth is 49 years.

WFP has been present in Lesotho since 1965, and its country program consists of three components:

Disaster risk reduction – WFP is supporting the Government’s efforts toward building the resilience of communities frequently affected by climatic hazards, mainly focusing on stimulation of agricultural production. WFP aims to enhance preparedness for climate-induced shocks through cash and food assistance. In response to the recent El Niño-exacerbated drought, the UN agency is intensifying its funds and programs to continue longer-term projects.

Early childhood care and development – WFP works to support preparedness for primary education among preschool students with school meals. The UN agency provides two meals per day to 250,000 students in public primary schools throughout the country, consisting of porridge in the morning and maize with beans or peas in the afternoon. These meals are doubly acting as an effective safety net for children from food-insecure families that are feeling the impacts of El Niño.

Nutrition and HIV – WFP assists the Government’s efforts in the prevention and treatment of undernutrition.