Hacking Hunger: Episode 48 – Recognizing The Role of Hunger in Politics and War

Two years ago, the UN Security Council unanimously adopted Resolution 2417. The resolution made clear that conflict-induced hunger is a peace and security issue.

But two years later, too little has changed. Around the world millions of people are still trapped in the man-made cycle of conflict, displacement, and hunger. Starvation has been defined as ‘the cheapest weapon of mass destruction available to armies’ — cheap and easy to kick off.

It’s important to reflect on the significance of the resolution and discuss the impact that novel coronavirus pandemic might have on peace and security globally. One place where the link between conflict and hunger is painfully obvious is South Sudan.

Since December 2013, a civil war has been tearing the country apart, causing widespread destruction, death and displacement. Around 1.47 million people are internally displaced and another 2.2 million are refugees in neighboring countries. A collapsing economy, reduced crop production and dependence on imports seriously undermine people’s ability to secure sufficient nutritious food all year round, putting millions of lives at risk.

Matthew Hollingworth is the United Nations World Food Programme’s country director in South Sudan. He has worked to relieve hunger in several countries at war. On this episode of Hacking Hunger, asked about his perspective on Resolution 2417, and what he has witnessed from the field.

Hacking Hunger - Episode 45: How Innovation Can Help Solve Hunger During a Pandemic 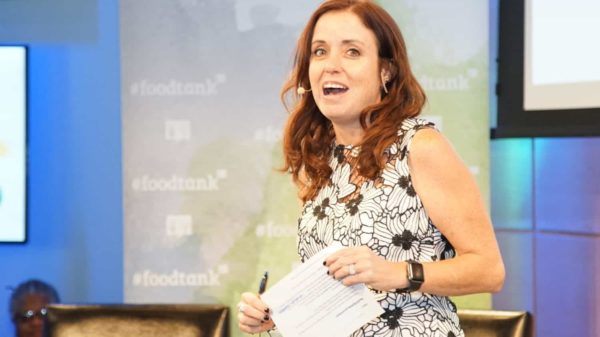