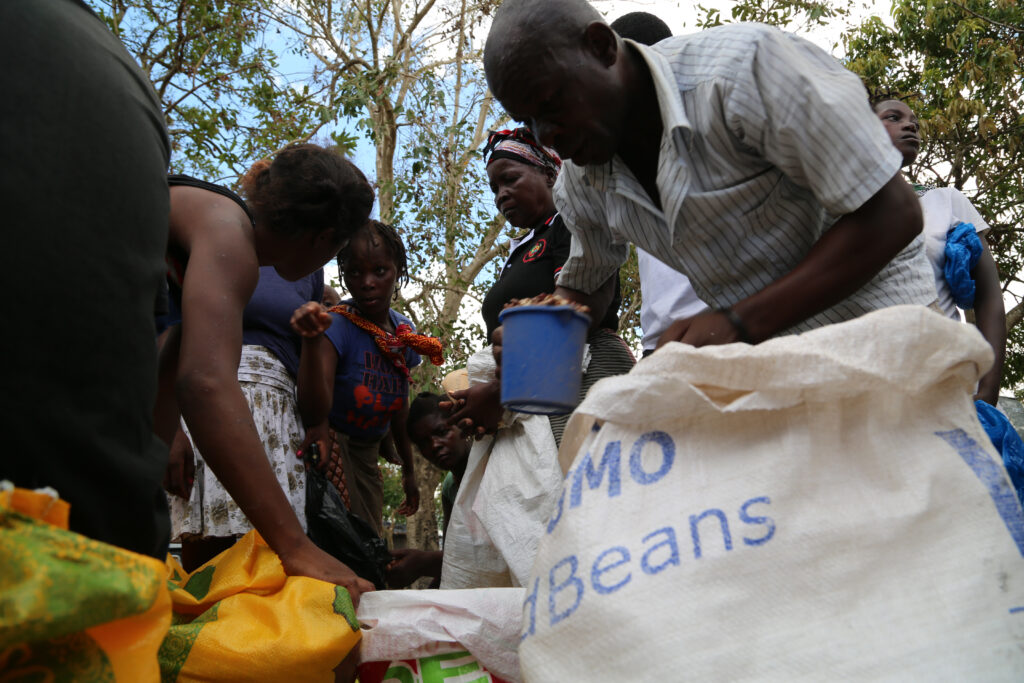 BEIRA – One month after Cyclone Idai struck Mozambique on March 14, the United Nations World Food Programme (WFP) has reached one million people with food assistance and continues to expand its emergency response while launching recovery and reconstruction interventions.

“In the immediate aftermath of the cyclone, people were so very desperate,” said Lola Castro, WFP’s Regional Director for Southern Africa. “Thanks to the hard work and resourcefulness of the many involved, the speed and scale of the response has transformed that desperation into hope.”

Working in close coordination with the government and the National Disasters Management Institute, WFP intends to assist a total of 1.7 million people requiring urgent food and nutrition support in the four most affected provinces (Sofala, Manica, Tete and Zambezia).

Given the magnitude of the damage caused, Mozambique’s recovery needs will also be significant. WFP is working to ensure that a major government and World Bank-led post-disaster needs assessment that began this week will provide for improved food/nutrition security and social protection programs.

The disaster has underscored how vulnerable southern Africa is to climate shocks, and the imperative of significantly increased investment in disaster risk reduction and climate change adaptation, key elements of WFP’s pre-cyclone work with vulnerable communities, including subsistence farmers.

The United Nations World Food Programme – saving lives in emergencies and changing lives for millions through sustainable development. WFP works in more than 80 countries around the world, feeding people caught in conflict and disasters, and laying the foundations for a better future. Follow us on Twitter @WFPUSA, @wfp_media, @wfp_africa and @wfp_mozambique.

For more information on the recovery efforts, view our Cyclone Idai page.