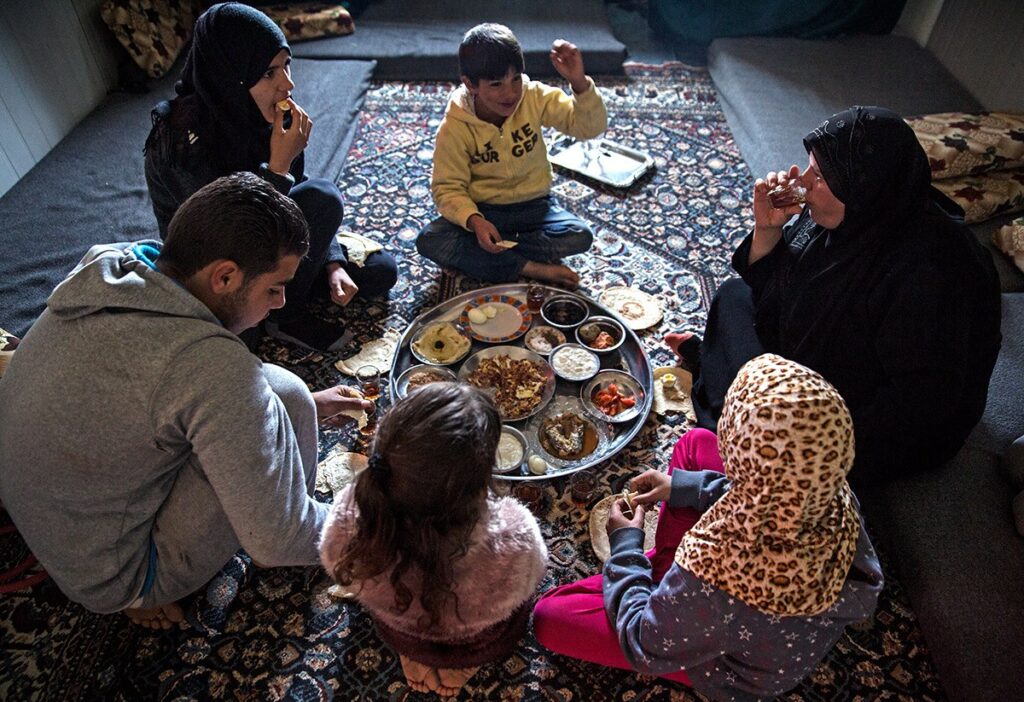 The crisis in Syria has become one of the most complicated humanitarian operations for the U.N. World Food Programme (WFP). More than 6.8 million people are displaced inside the country, with thousands more forced from their homes every day. These 10 facts explain why the situation is so dire, and how we’re stepping in to help.

1. Many Syrian Refugees Fled to Jordan

Since the start of the conflict in Syria in 2011, Jordan has shouldered the impact of a massive influx of Syrian refugees. Today, Syrian refugees account for nearly seven percent of Jordan’s population, placing immense pressure on the country’s over-stretched resources at one of the most difficult economic periods in its history.

Over 650,000 Syrians – that’s more than the entire population of Memphis, Tennessee – have registered with UNHCR in Jordan (the U.N. High Commissioner for Refugees). The vast majority of these refugees live in cities and towns instead of camps, which means they must find a way to pay for things like rent and transportation. But only a limited number of them have work permits, so most of these families still rely on humanitarian assistance to meet their most basic needs.

3. Some Refugees Are Permitted to Work

Since July 2016, the Jordanian government has granted more than 230,000 work permits to Syrian refugees, allowing them to work legally and earn an income for their families.

More than 10,000 Syrians remain stranded at the northeastern border between Jordan and Syria in a precarious, informal settlement called Rukban. Humanitarian access remains difficult due to security risks and border closures. 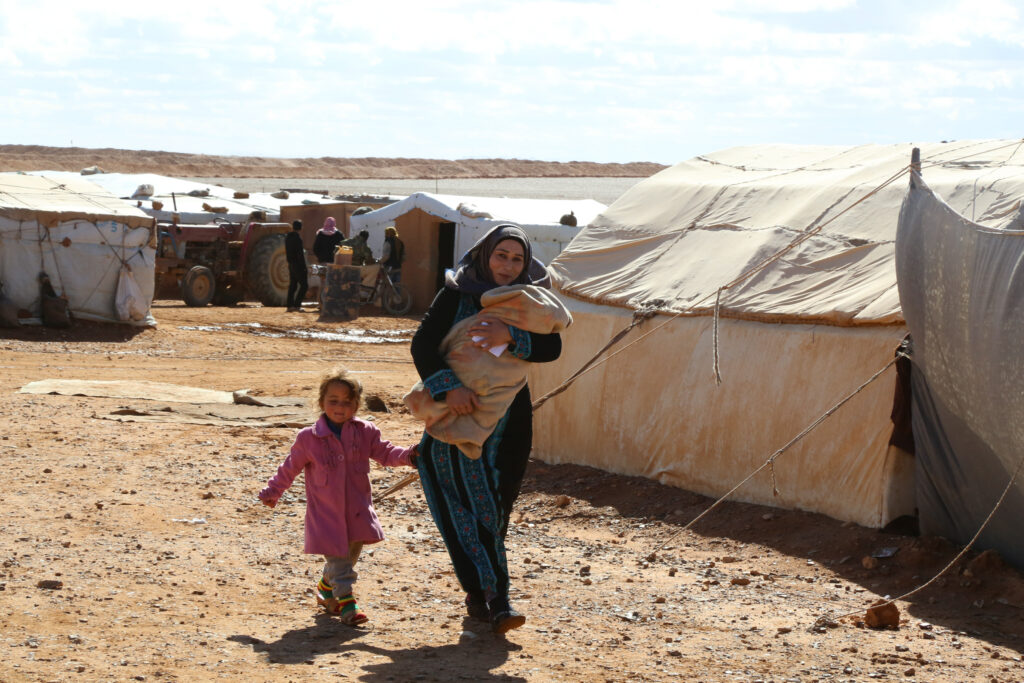 Thousands of people are stranded inside the Rukban settlement in Syria, where living conditions are extremely tough due to the remoteness of the settlement and the harsh desert climate.

5. Over 80% of Refugees Are Living in Poverty 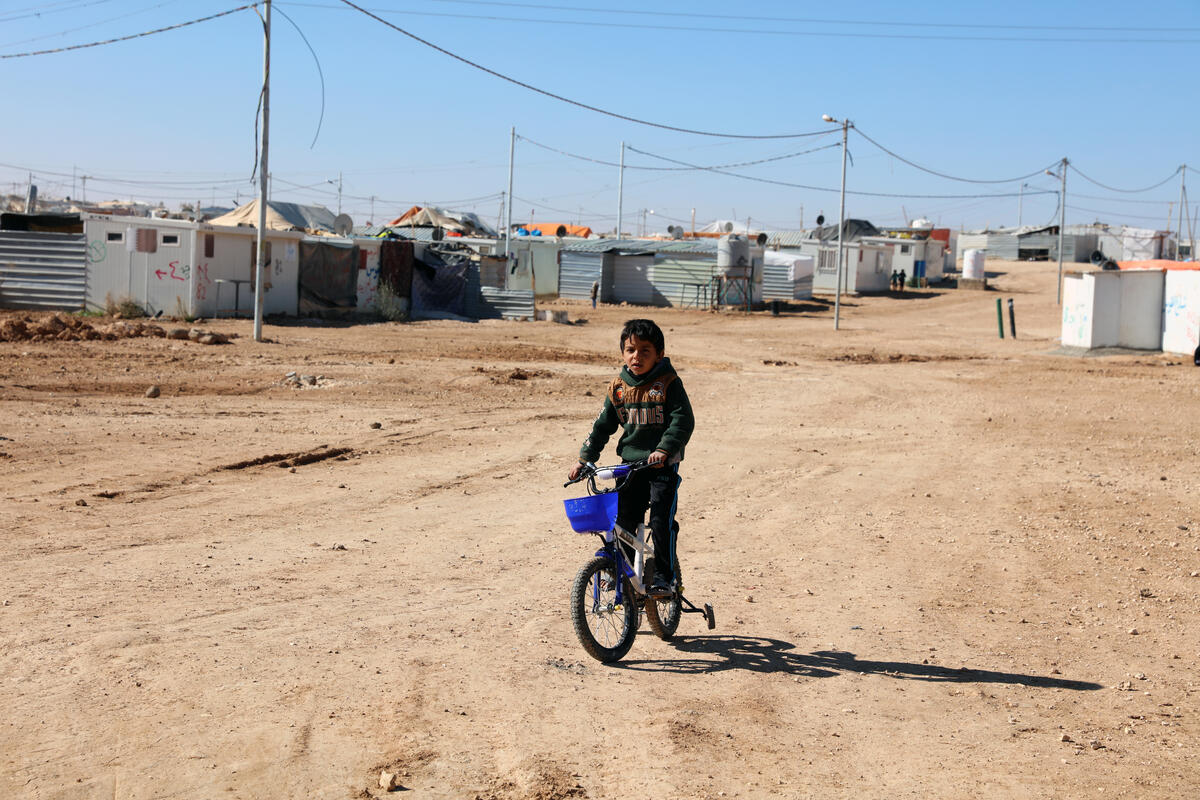 6. Zaatari Is One of the Largest Refugee Camp in the World

Though most Syrian refugees in Jordan live in host communities, the country is now home to the one of the largest refugee camps in the world, known as Zaatari. The camp first opened in 2012, less than 10 miles from the Syrian border, and today houses almost 80,000 Syrian refugees in rows of prefabricated shelters. 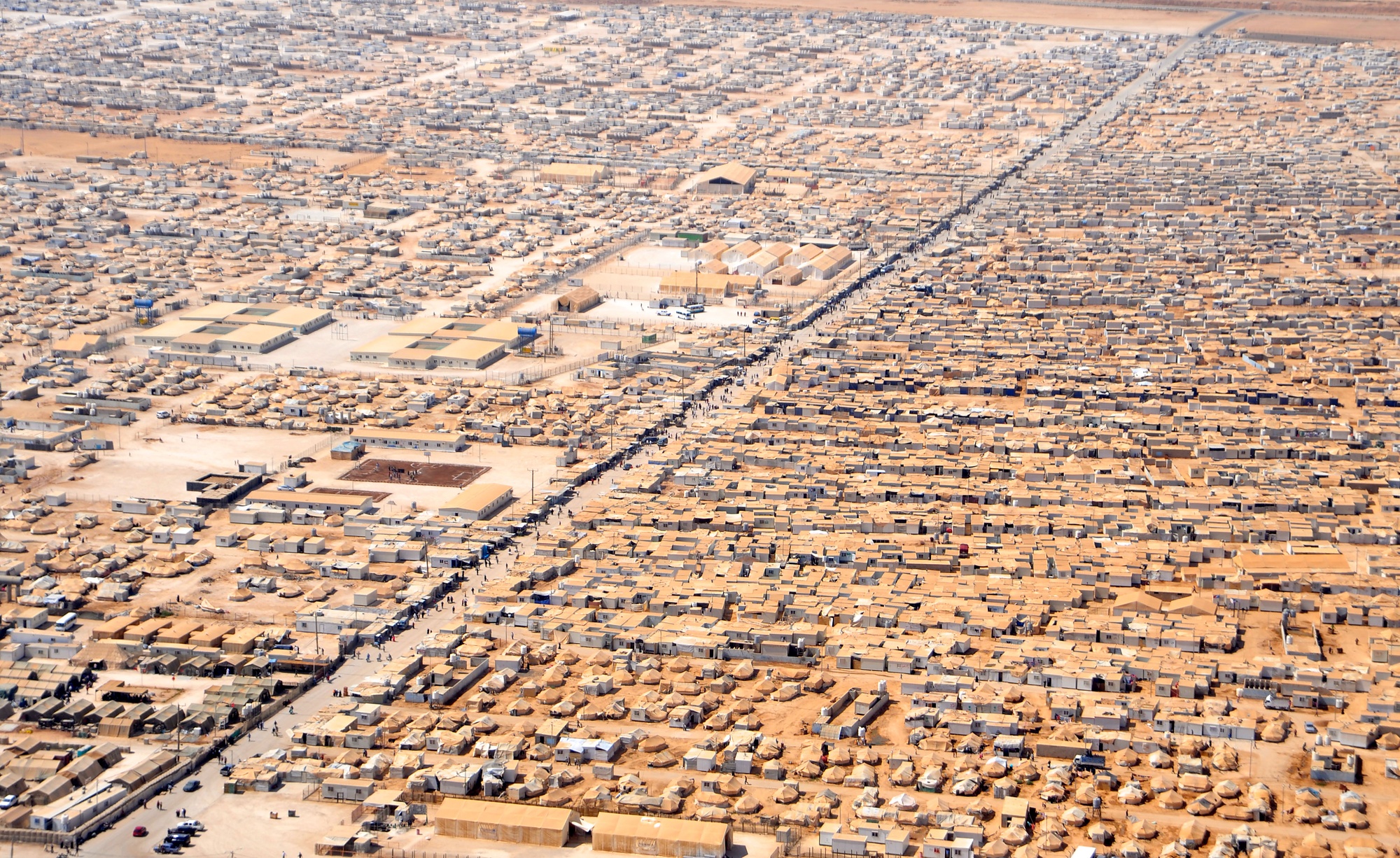 An aerial view of the Zaatari refugee camp in Jordan as seen on July 18, 2013, from a helicopter carrying U.S. Secretary of State John Kerry and Jordanian Foreign Minister Nasser Judeh.

7. WFP Is Supporting Refugees in Jordan

In Jordan, the U.N. World Food Programme meets the basic food needs of nearly 500,000 refugees through cash assistance. For refugees, the majority of whom are Syrian, the cash assistance enables them to purchase food items in any of our partner shops throughout the country. Refugees living in the Zaatari and Azraq camps and extremely vulnerable families living in local communities receive $32 per person each month. 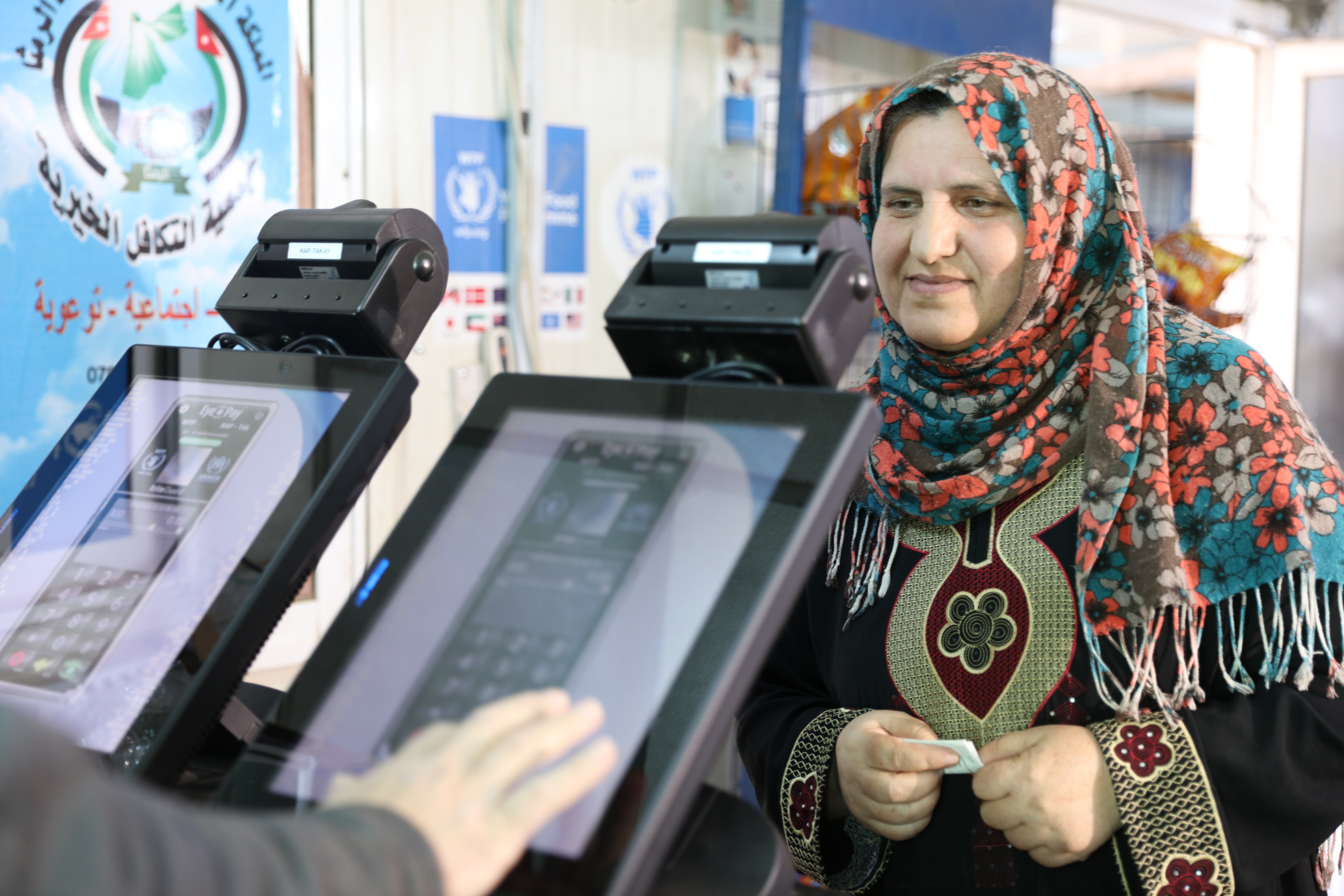 8. Nearly 90% of Syrian Refugees in Jordan Are Hungry

Almost 90 percent of Syrian refugees in Jordan are either already hungry or teetering on the edge of food insecurity. To meet their basic food needs, parents are eating less to make supplies last longer and taking their children out of school to work or beg. 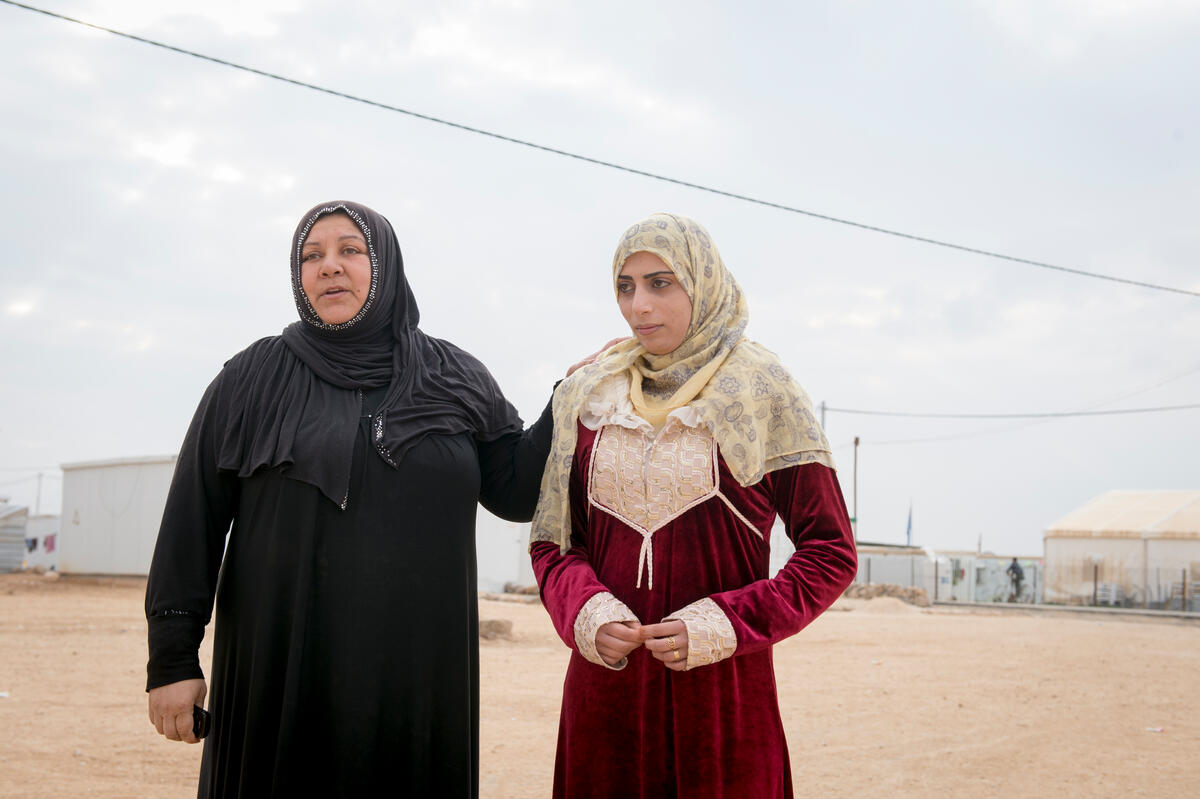 “I hesitated for about seven months before I took my decision to leave Syria. But then I reached a point where I had no choice but to run away from the war and the destruction that was happening,” said Amal Mohammad Zokani in 2016. Amal journeyed from Syria with her children to seek refuge in the Zaatari camp.

In Spring 2016, the U.N. World Food Programme launched its first “Healthy Kitchens Initiative” in the Zaatari camp, in which Syrian women were employed to cook fresh, healthy school lunches for the camp’s boys and girls used locally grown vegetables, grains and fruit.

Homegrown school meals such as these provide children with the right nutrition and energy to focus in the classroom while supporting local food producers and providing jobs to primarily female-headed households. 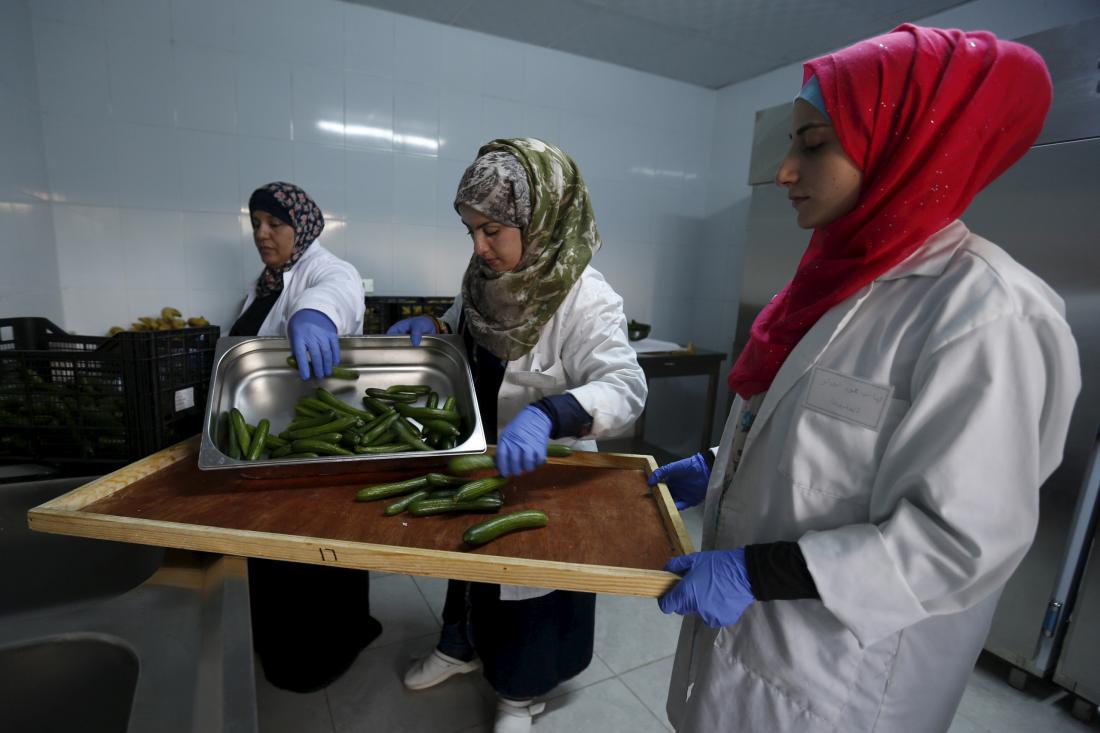 Workers prepared meals for students as part of WFP’s project to provide healthy meals to students and raise awareness of good eating habits.

Jordan’s exceptional solidarity with the over 1 million Syrians it hosts has tested the country’s resilience over time. While humanitarian assistance is acting as a buffer, food security among Syrian refugees in Jordan remains precarious. You can help by sending a box of food today.

Help Deliver Food to Syrians and Others