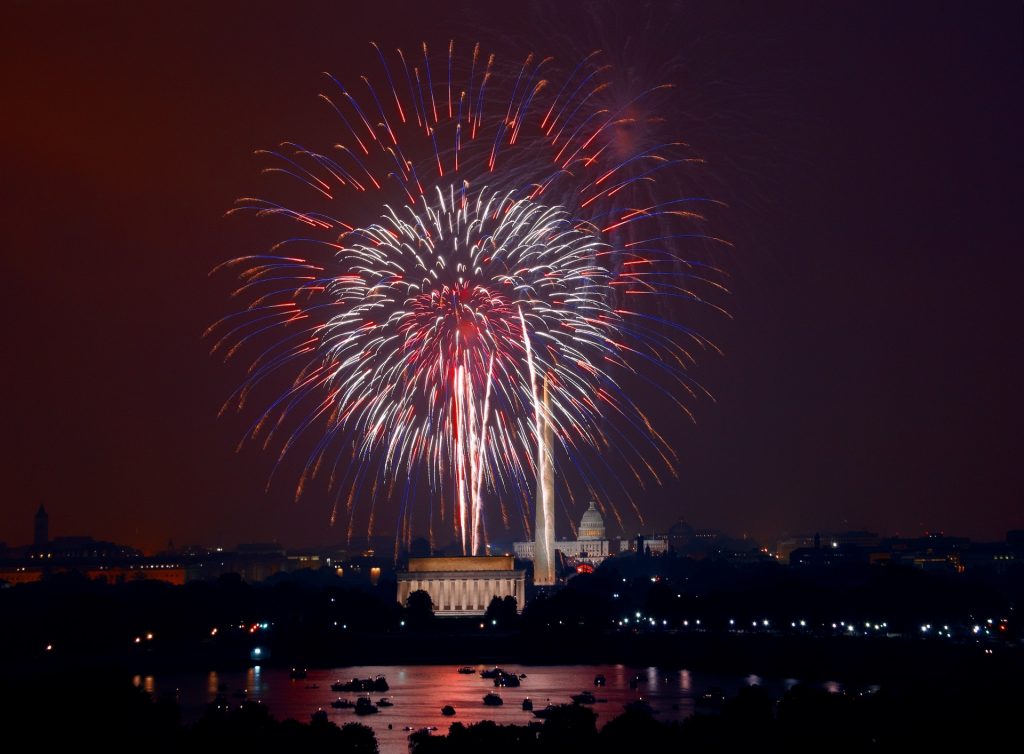 For What Americans Spend on July 4th Food, We Could Prevent Famine: 5 Little-Known Facts About the USA’s Birthday

There are only a few more days until the rockets’ red glare fills the skies and America celebrates its 245th birthday! While the July 4th holiday may still look a little different this year, pandemic lockdowns and social distancing measures are loosening just in time for some red, white and blue festivities.

This summer, between the hotdogs and firecrackers, World Food Program USA is calling attention to the 41 million people around the world who are at risk of falling into famine and how we can help. That’s because the Fourth of July is one of the top food holidays in the United States. In fact, Americans spend about $6.9 billion dollars on Independence Day food each year. That would cover the entire cost of preventing famine in 2021, with nearly $2 billion left to spare.

Read on for five more little-known facts about our nation’s birthday.

All You Can Eat?

1. The Fourth of July has become synonymous with summer cookouts, and according to the Hearth, Patio & Barbecue Association, is the most popular day for grilling in the United States. From burgers to brats, American households will spend roughly $80.54 on party food — which more than covers the U.N. World Food Programme’s cost of feeding a family of five for a month. 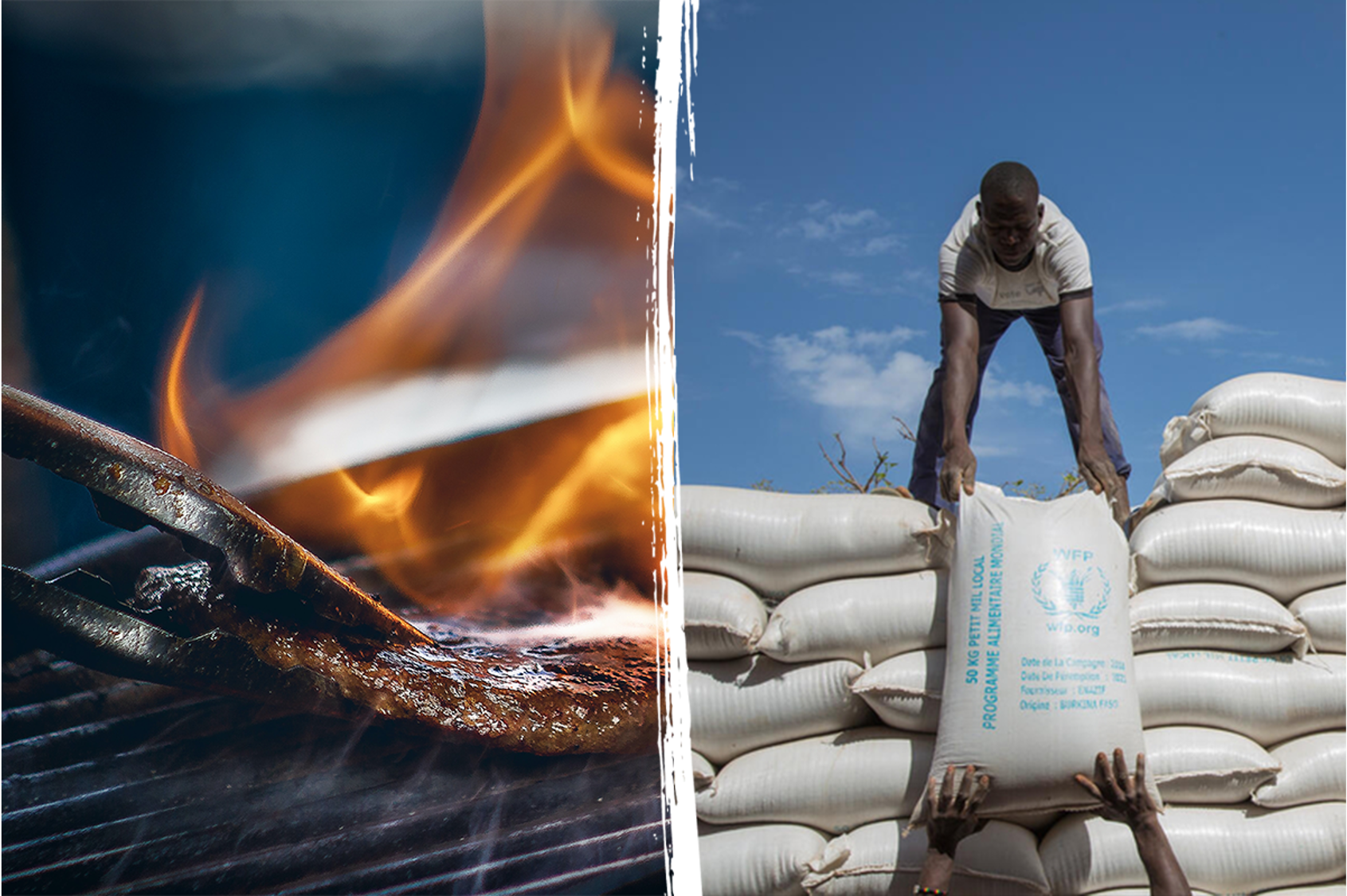 2. Picnic tables and coolers overflow: Americans spend roughly $1.6 billion on July 4th beer and wine every year. With that amount of money we could prevent famine in Yemen, one of the hungriest countries in the world. 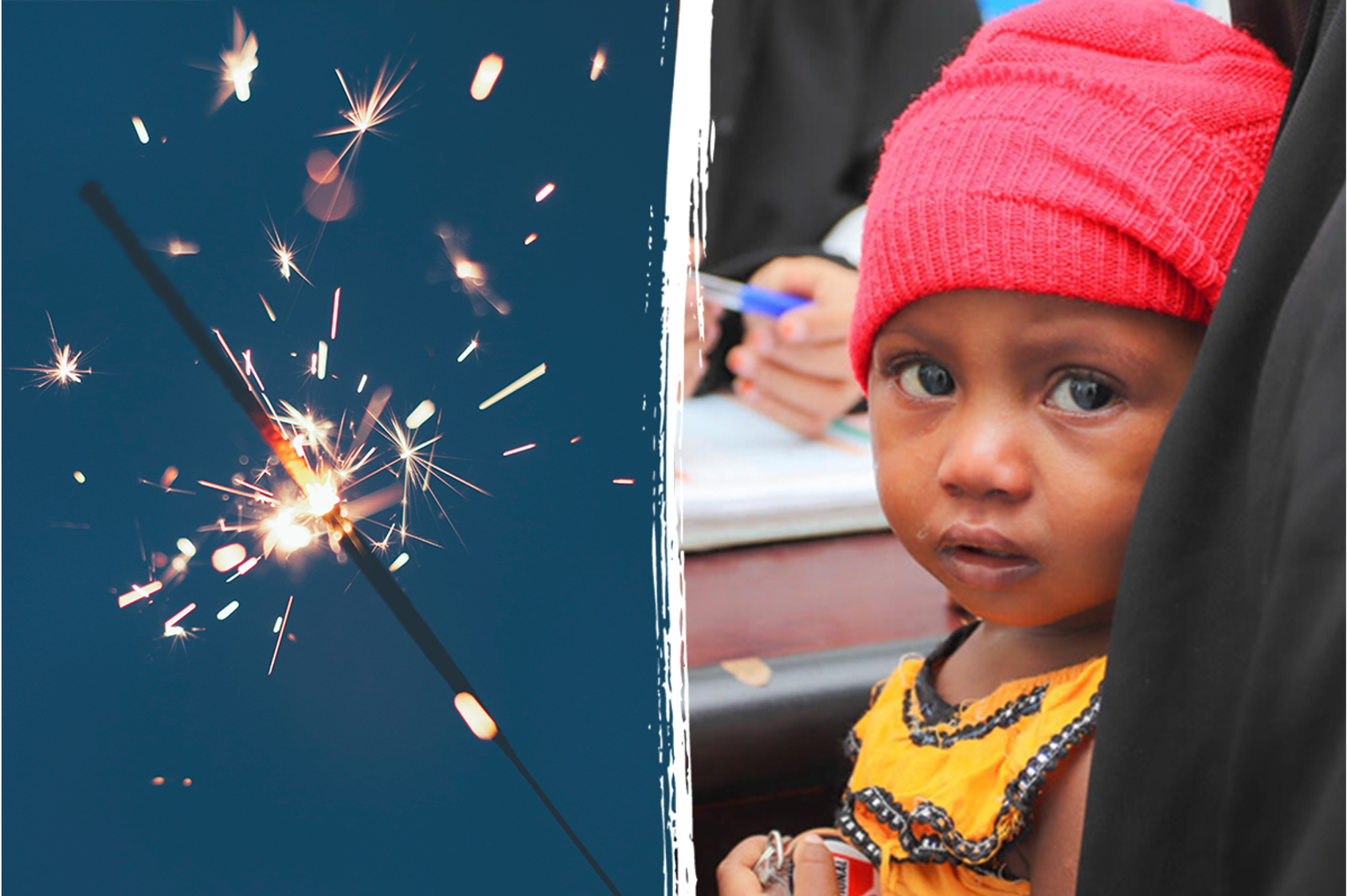 3. Each year, fireworks and flags take to the sky the first week of July to celebrate America’s Independence Day. Those $10-dollar rockets, fireworks and sparklers add up across the fifty states to $1 billion dollars every year. Even half that would cover our emergency food assistance operations in both South Sudan and Burkina Faso through 2021.

4. In pre-pandemic times, about 700,000 people traveled to Washington D.C. to watch the fireworks display and celebrate the Fourth of July in our nation’s capital. For every one person sitting on the National Mall watching the fireworks, there is one person in the world who will go to bed that night not knowing where their next meal is coming from. 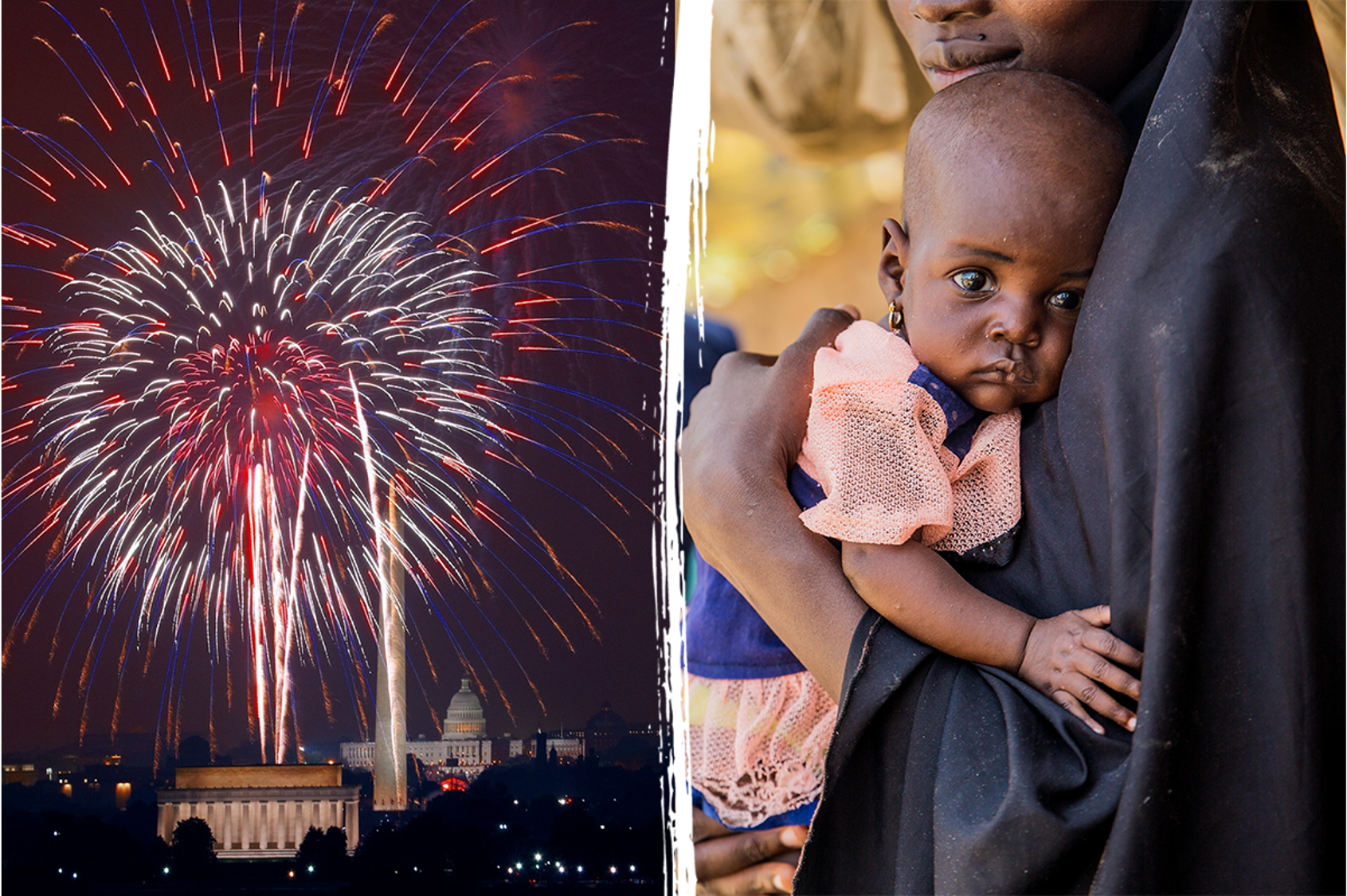 5. It wasn’t until 1959, under President Eisenhower, that we had the American flag as we know it today with 50 stars. The very first American flag had thirteen stripes and thirteen stars: “white in a blue field, representing a new Constellation,” to stand for the original thirteen colonies. Like the colonies, there are 13 countries right now at imminent risk of falling into famine: Afghanistan, the Central African Republic, the Democratic Republic of the Congo, Ethiopia, Haiti, Honduras, Nigeria, South Sudan, Sudan, Uganda, Venezuela, Yemen and Zimbabwe.

While we share a meal and reflect on our country’s history, let’s remember those who are still fighting for those elusive yet unalienable rights: life, liberty and the pursuit of happiness. Millions of men, women and children simply do not have enough to eat each day.

Please consider donating a box of food to a family in need and learn more about the fight against famine. Together, we can save lives.