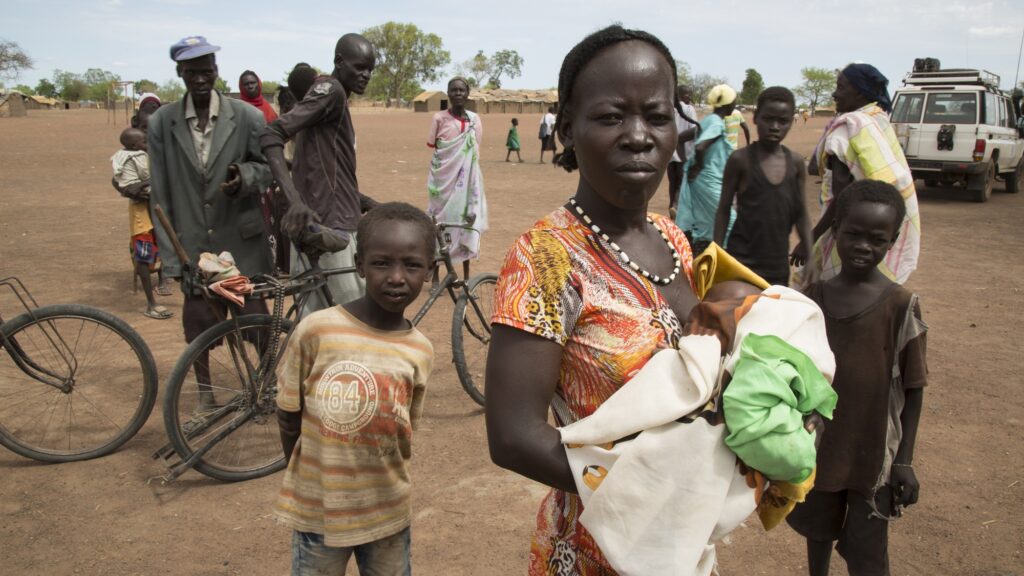 Conflict and Famine: How They’re Connected

In 2017, it is estimated that 20 million people are facing famine across South Sudan, Yemen, Somalia and northeast Nigeria. Famine, as defined by the Integrated Food Security Phase Classification system, occurs when 20 percent of the population experiences extreme food shortages; at least 30 percent of children under age five suffer from acute malnutrition; and the death rate has doubled, or two per 10,000 people are dying every day.

Learn more about what defines famine and what causes it.

According to the Famine Early Warning Systems Network, the most important driver of food insecurity in 2017 is persistent conflict, disrupting livelihoods and trade across regions. With the exception of Somalia, which faces looming famine as a result of both conflict and three consecutive years of drought, the other three countries face worsening food insecurity primarily as a byproduct of internal civil strife.

In August 2017, the U.N. Security Council adopted a statement formally acknowledging the link between conflict and famine — the first product adopted by the Security Council in its history related to famine.

> Learn how conflict is a major driver of hunger.

South Sudan, the world’s youngest country, has endured almost three years of ethnic violence that has destroyed local markets and community assets. Fighting between Yemen’s armed forces and Houthi rebels has continued into its second year, causing widespread food and fuel shortages. And an eight-year insurgency by terrorist group Boko Haram in Nigeria has made the northeast region of the country unsafe and at times inaccessible to humanitarian aid.

“Almost all famines, at least in our modern era, are man-made,” said World Food Programme (WFP) spokesperson Challiss McDonough, who was in Somalia during the last declared famine in 2011. “Fundamentally, conflict is at the root of it, and that conflict has led to massive displacement.

Millions of people have fled their homes, leaving behind their crops, their livestock, their jobs. Even if they have jobs, the economy is in collapse and the food prices have gone through the roof. So even people who have an income still struggle to be able to buy the food that they need.”

Civil war in Yemen began in 2015 and has sporadically closed key ports through which ships deliver humanitarian relief. Government salaries have been slashed, reducing family income as food prices soar. The most vulnerable households have had little choice but to drastically reduce how much and how often they eat. The result is that more than 17 million people — 2 in 3 people — do not know where their next meal is coming from. WFP/Fares Khoailed WFP distributed wheat flour to the most deprived families in an area with one of the worst malnutrition rates in Yemen.

In Nigeria, Boko Haram’s campaign of terrorism has led to one of the most acute humanitarian crises in the world. As of October 2017, 1.62 million people have been displaced in northeast Nigeria, where food insecurity has reached extreme levels. At least 50,000 people in Nigeria are experiencing “famine-like” conditions. In early 2017 rapid response teams from WFP and UNICEF could not reach an estimated 100,000 people in the region due to insecurity.

In the most recent global assessment of food insecurity, a joint group of U.N. agencies report that of the 815 million people suffering from hunger, almost 500 million are located in countries affected by conflict. In these places, warring parties often ignore their obligations to International Humanitarian Law to protect civilians and allow the passage of humanitarian assistance. The longer that conflict endures, the greater the risk to food insecurity.

> See the countries most severely impacted by famine.