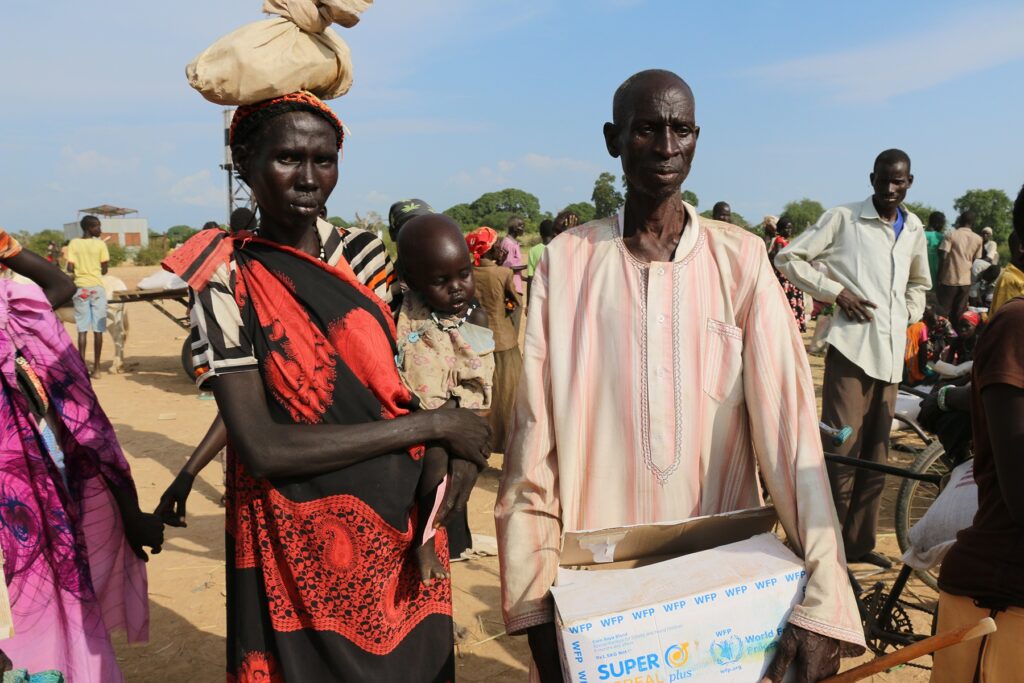 On February 20th, famine was declared across parts of South Sudan.

War and a collapsing economy have left tens of thousands of families facing starvation in parts of South Sudan, where 40 percent of the population needs urgent humanitarian assistance to survive.

Here Are Key Facts About the Famine in South Sudan:

“Our worst fears have been realized. Many families have exhausted every means they have to survive,” says Serge Tissot, FAO representative in South Sudan.

The U.N. World Food Programme plans to provide food and nutrition assistance to 4.1 million people through the hunger season.

The agency also provides monthly food rations for about 250,000 people sheltering in U.N. bases and 325,000 people in refugee camps. In addition, some 450,000 people are receiving food assistance through recovery or resilience programs and more than 275,000 schoolchildren are receiving school meals from the U.N. World Food Programme. The agency also plans to assist more than 800,000 children under age five with specialized support to treat and prevent malnutrition.

In some of the hardest-hit locations, the U.N. World Food Programme already has emergency rapid response teams serving more than 180,000 people. The agency is also launching emergency food distributions for 66,000 people in Leer county, where famine has been declared.

Hear what’s happening on the ground in South Sudan:

Famine paints an unspeakable picture: Families desperate for food, children dying of hunger, an urgent need for life-saving aid. The recent declaration of famine in South Sudan reveals the tragic consequences of war—and how the gradual collapse of a country can drive people into starvation. M.J. talks to Rose Ogola, a World Vision staffer in South Sudan, and Challiss McDonough, a World Food Programme staffer, about the human toll of famine, what’s at stake for the world’s youngest nation and what you can do today to help save the lives of innocent children.

What other countries are in famine, and how can it be stopped?