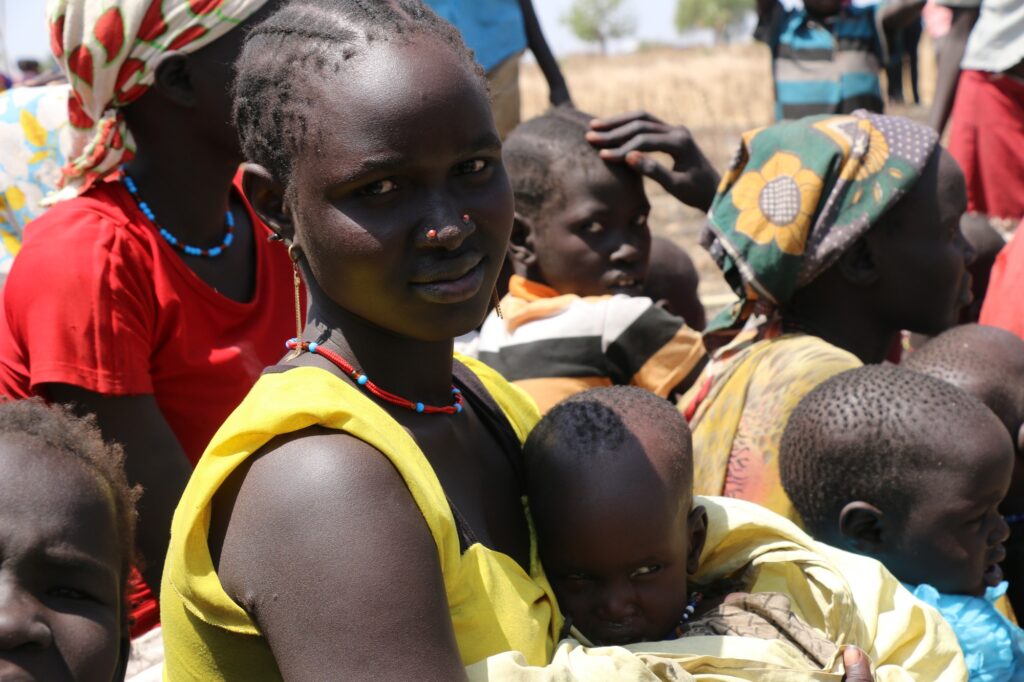 This Is the Devastating Human Toll of Famine in South Sudan

In two counties within the Greater Unity region in South Sudan, a technical threshold of extreme food insecurity has been met. Read on for what a declaration of famine means for people trying to survive in these communities.

In humanitarian quarters, famine is known as the “f” word. Beyond signifying failure– the crossing of a line that is never to be crossed– it represents the most serious kind of humanitarian crisis related to food insecurity.

“It’s not a word that we use lightly and it’s one that I had hoped I wasn’t going to have to use to describe the situation in South Sudan,” said Challiss McDonough, spokeswoman for the United Nations World Food Programme (WFP). “But unfortunately, we’ve reached the position where that’s actually what’s happening.”

Violence, insecurity and displacement have prevented adequate humanitarian access and aid delivery to millions of people – most acutely in the counties of Leer and Mayendit where famine has been declared.

A five-phase scale helps the United Nations measure the severity of a food crisis — not unlike how meteorologists understand the strength of hurricanes. Famine, the fifth phase, is established when three criteria are met: At least one in five households faces an extreme lack of food; more than 30 percent of the population is suffering from acute malnutrition; and at least two people out of every 10,000 are dying each day.

As reported in the New York Times, this famine is affecting an area in the northern part of the country where government and rebel forces have intensely clashed.

“Thousands of people in that area have fled their homes, and many are living deep in the swamps or sweltering bush and surviving off wild plants and filthy water,” writes reporter Jeffrey Gettleman.

Apu Riang, a farmer, made the difficult decision to leave his home in South Sudan last year. Together with his pregnant wife and five kids, they set forth for two weeks of walking day and night, heading north toward Darfur in Sudan.

“I am leaving with anger and sadness because hunger is forcing me to leave my homeland,” he told one U.N. World Food Programme staffer. “If there was food for us to eat, I would not even think of leaving.”

Nyandeng Choul sought refuge after the civil war decimated her hometown. She found her way to Malakal — the second largest city in South Sudan. One year before the war started in 2013, the city was thriving as crowded markets littered the streets amid bustling traffic.

Now, what’s left are charred houses, smashed stalls and a heavily guarded safe area for more than 20,000 civilians, including Chuol.

In response to the famine declaration, rapid response teams are on the ground in some of the hardest-hit areas and the U.N. World Food Programme is launching food distributions for 66,000 people in Leer county.

Learn more about the situation in South Sudan.

Learn more about the countries worst affected by famine.