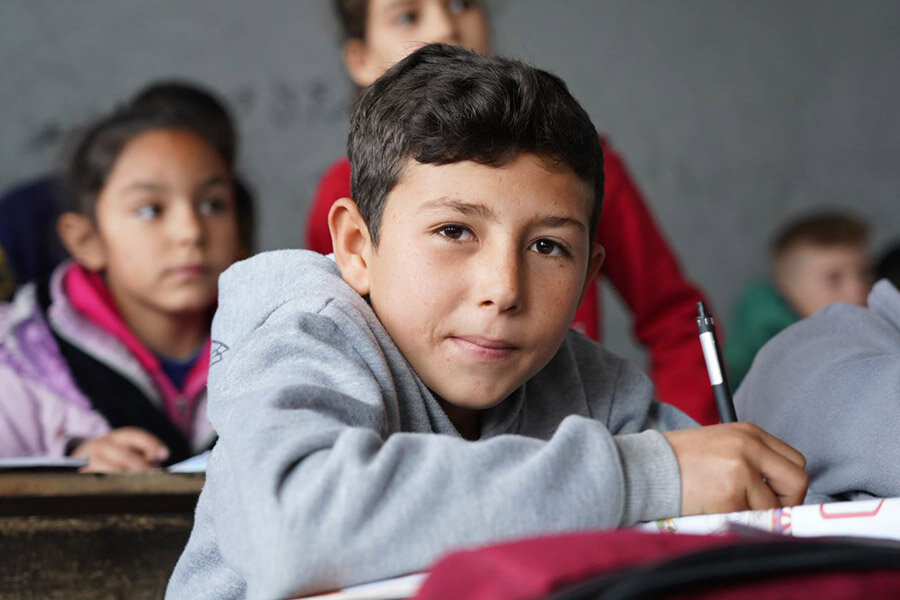 For International Youth Day, we’re taking a look at how cash-based assistance from the United Nations World Food Programme (WFP) keep young students like Issa in the classroom while boosting their families’ health.

The Devastating Toll of Syria’s Conflict

One year before the conflict began in Syria, Issa was born in the rural city of Raqqa. As he grew up, Issa watched as war and violence ravaged his country. His home city of Raqqa became one of the most dangerous places in Syria for a family with small children. When he was only five years old and had just started school, Issa’s parents made the difficult decision to leave.

It would be three years before Issa sat inside a classroom again.

“For long days and nights, I did nothing of value. Seeing other children going to school when I couldn’t made me feel bitter,” said Issa of his family’s time spent displaced from their home. “I would ask my parents to enroll me in school and they would say that we needed to settle down first, because we were still moving from one place to another.”

For many previously displaced children like Issa (pictured here), education is an expense beyond their parents’ reach.

The consequences of Syria’s prolonged conflict have been devastating for youth. Many children have been pulled out of school to work and support their families. It’s unlikely they will return to school again as the cost of living across Syria continues to reach unprecedented highs.

Safety, School and a New Start

In 2019, Issa’s family finally found safety in a single-room apartment in a quiet village. Issa was thrilled to return to the classroom, but that meant education became an extra financial burden on an already exhausted family. His father, Khalil, found work at a brick factory. To make ends meet, he sometimes has to go into debt to buy the basics.

“I can’t buy the children whatever they need for clothing or school, because what I earn can barely cover our food, our bills and the petrol I need to go to work,” says Khalil.

While Issa’s parents struggled to rebuild their lives and give their children a sense of routine, including sending them to school, the family found out they would receive an electronic voucher from the United Nations World Food Programme (WFP). The voucher is loaded with cash each month so families can buy nutritious food and hygiene items at stores close to their homes. 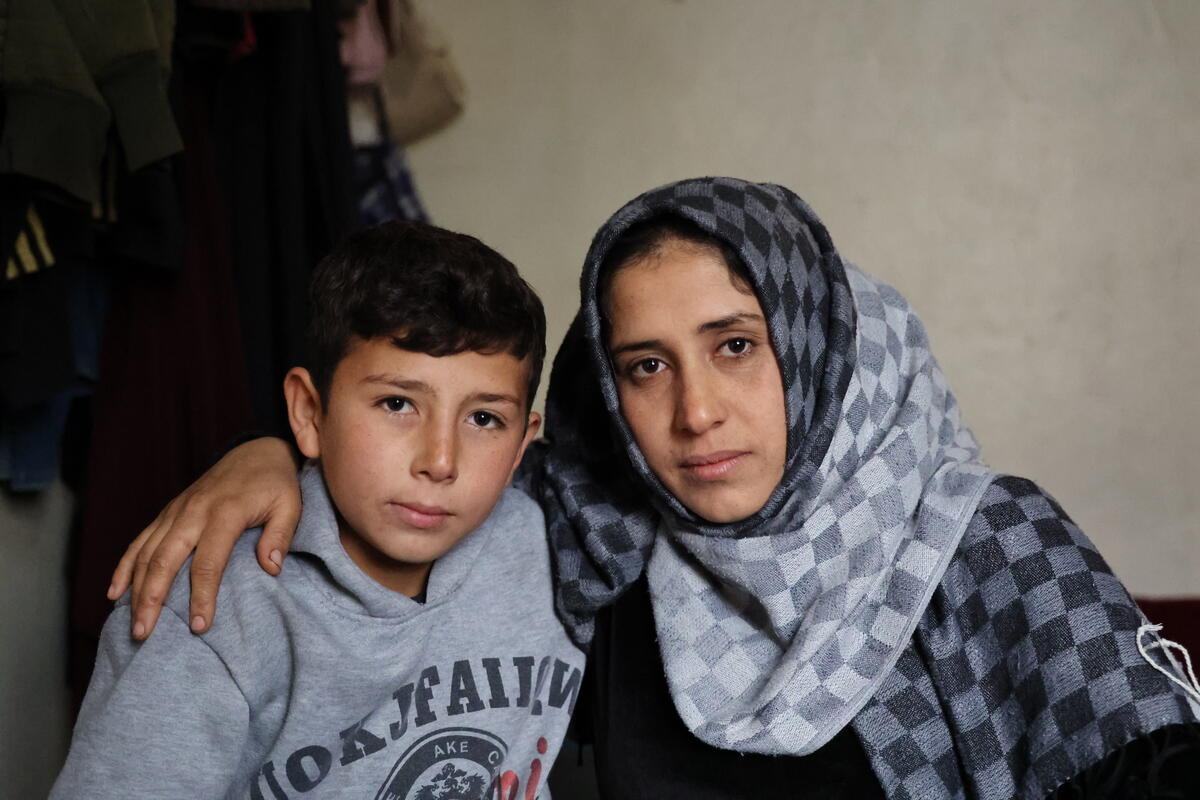 U.N. World Food Programme vouchers protect the education, health and nutrition of Syria’s youth all while providing a safety net to their families.

As soon as Issa’s family received the card, some of the family’s financial burden began to ease.

“We were extremely happy to receive the voucher and it’s been much needed support to our nutrition needs,” said Hanan as she serves a snack to Issa.

“Whatever this voucher saves of my earnings goes towards other necessities such as school stationery and hygiene products,” adds Khalil. “We are using it to get what we need, such as ghee, cooking oil, rice and other things. When cash is added to the voucher, we get what’s needed for the household.”

The voucher distributions are part of the U.N. World Food Programme’s Out of School Children (OOSC) project that helps families to meet their food and nutritional needs. The voucher is given to the families of students who missed out on school due to the conflict and are now attending accelerated learning programs that help make up for the years of study missed.

Hope After Years of Uncertainty

Now 12 years old, Issa is in the third grade and one of the top students in his class. “I dream of becoming a lawyer to defend the oppressed,” he says. “Studying, being with my classmates and interacting with the teachers makes me very happy.” 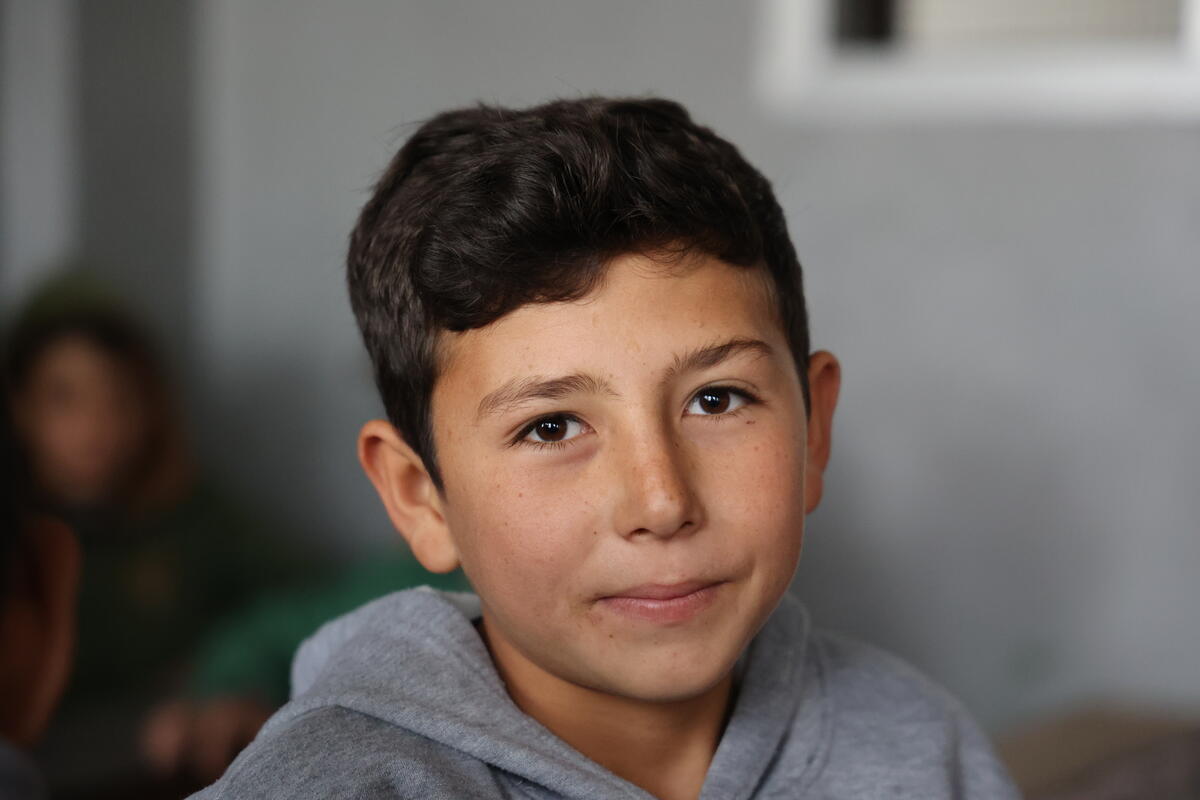 Issa’s favorite subjects to study at school are Arabic and Sports.

For Hanan, this is also a chance to give her children opportunities that she never had. “I can’t read or write because I missed out on schooling, I want them to focus on their education and make it their top priority.”

This story originally appeared in WFP’s Stories on March 11, 2022 and was written by Hussam Al Saleh and Lina Alqassab.