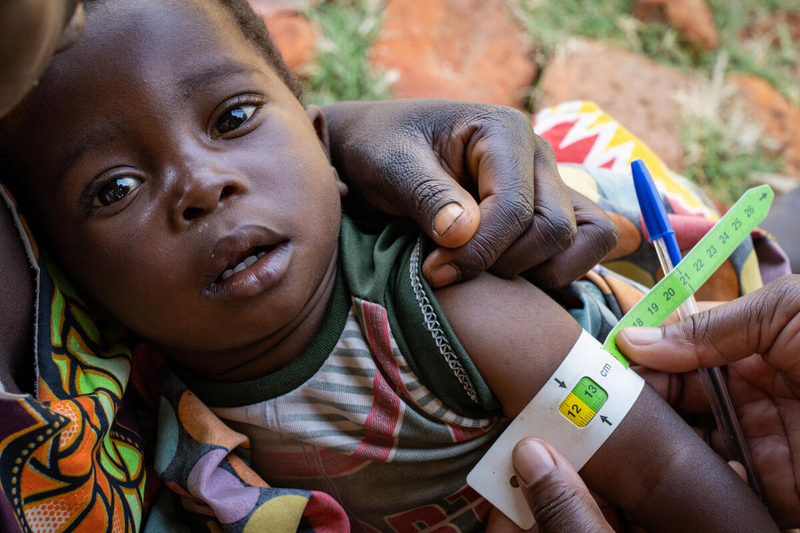 FAQ: The 6 Things You Need to Know About Childhood Hunger

By the time you finish reading this story, 24 children will have died from hunger-related causes.

That’s because, globally, a child dies approximately every 10 seconds from malnutrition, and that’s the sad reality for more than 3 million children every year.

But it doesn’t have to be this way, and at the United Nations World Food Programme (WFP) we’re doing everything we can to save them.  You can help.  Start by getting clear on the facts:

According to the World Health Organization, malnutrition refers to “deficiencies, excesses or imbalances in a person’s intake of energy and/or nutrients.” This can result in either undernutrition or overweight. Undernourished children are deprived of crucial calories, vitamins and minerals, which prevents their brains and bodies from developing properly. The consequences can be irreversible. At its worst, malnutrition can be life-threatening. 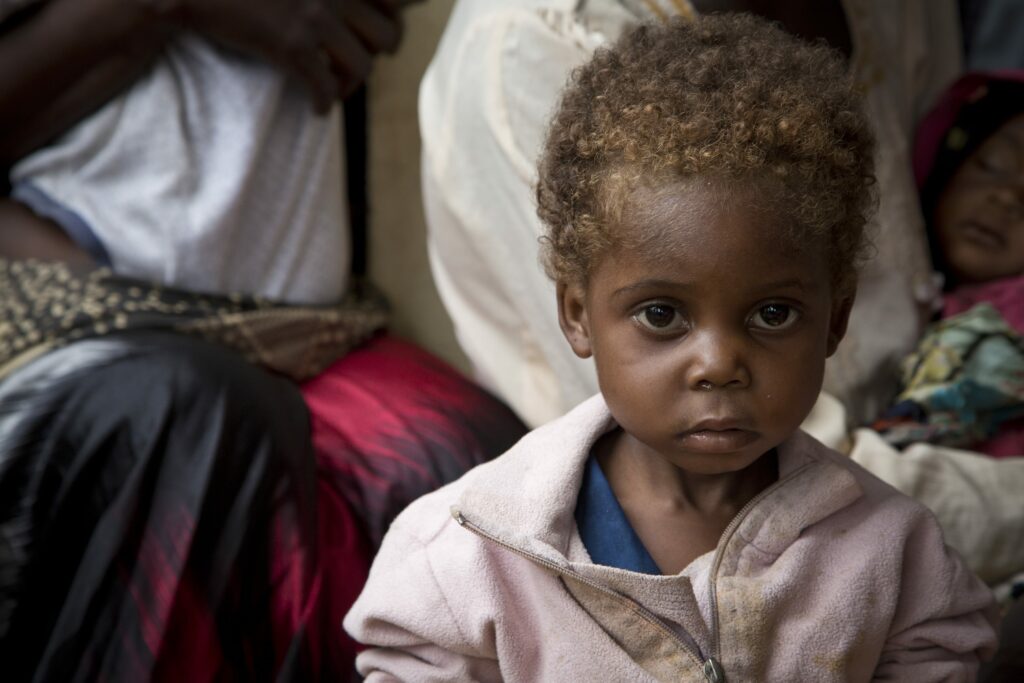 Three-year-old Djoboya weights just a little over 16 pounds. Her family fled violence in the Democratic Republic of Congo and lived in a forest for almost a year where they survived by eating wild vegetables and fruits.

2. How Many Children Suffer From Malnutrition?

3. When Does Malnutrition Start?

From the moment a child is conceived, a clock starts ticking. Every second in the womb up until a child’s second birthday is described by nutritionists as “the golden window,” and it lasts approximately 1,000 days. The nourishment a child receives in this window shapes their potential for the rest of their lives.

For children fleeing their homes, living through conflict or recovering from a natural disaster, this golden window can be especially precarious. Every day without adequate food risks a more tenuous future. 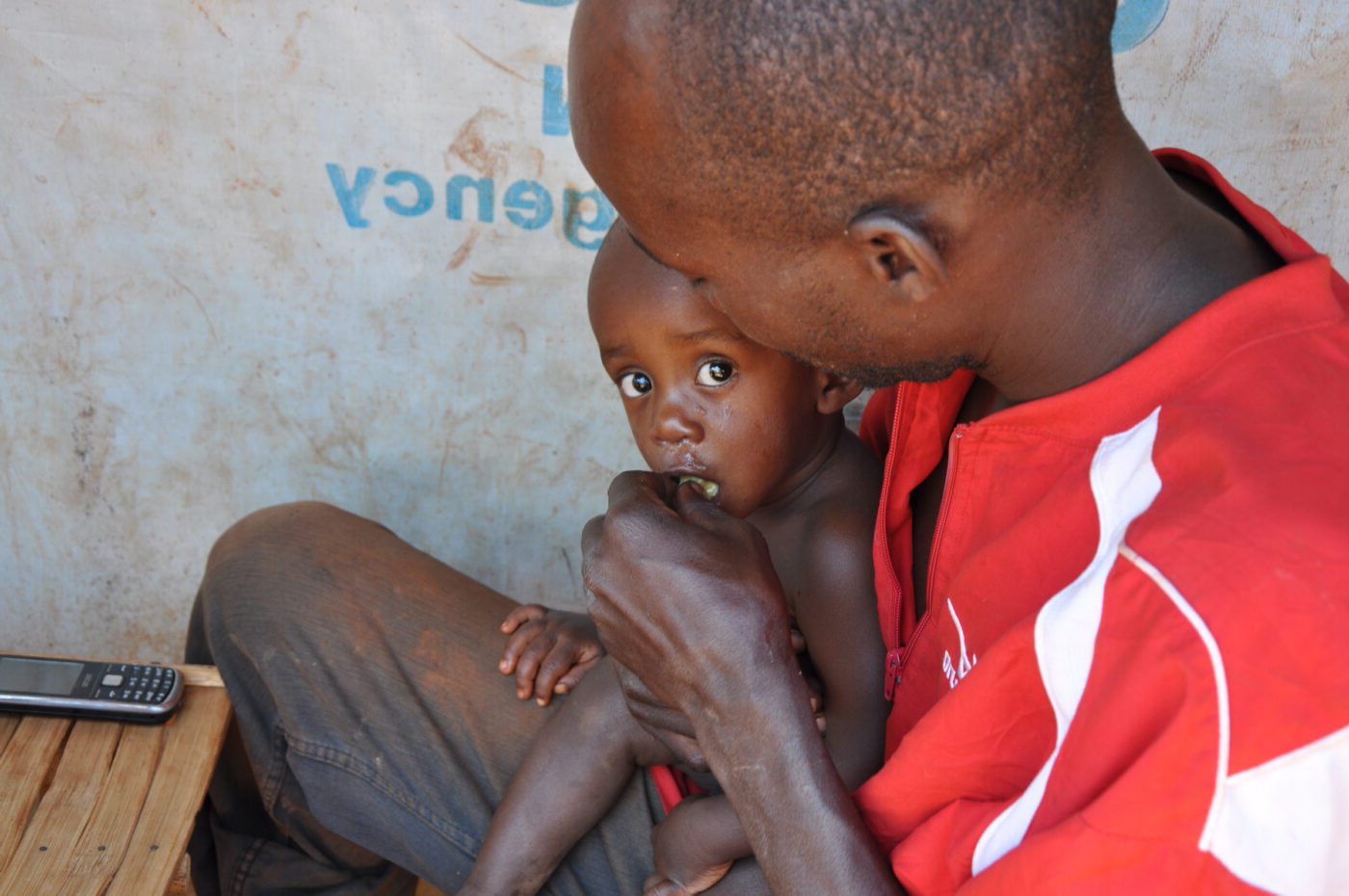 In the Mtendeli refugee camp in Tanzania, refugees eat ugali: a local staple made with corn meal made by the U.N. World Food Programme.

4. What Happens to Malnourished Children?

The immediate impacts of undernutrition are weight loss (called wasting), stunted growth (called stunting), impaired thinking and a weakened immune system. In severe cases, the body shrinks its own muscles and organs to survive. When children don’t have adequate food, it directly affects their ability to fight off infection, and common illnesses can become lethal. Most malnourished children will have an impaired ability to learn for the rest of their lives.

Many of the health impacts from severe malnourishment can be prevented, but they cannot be reversed. 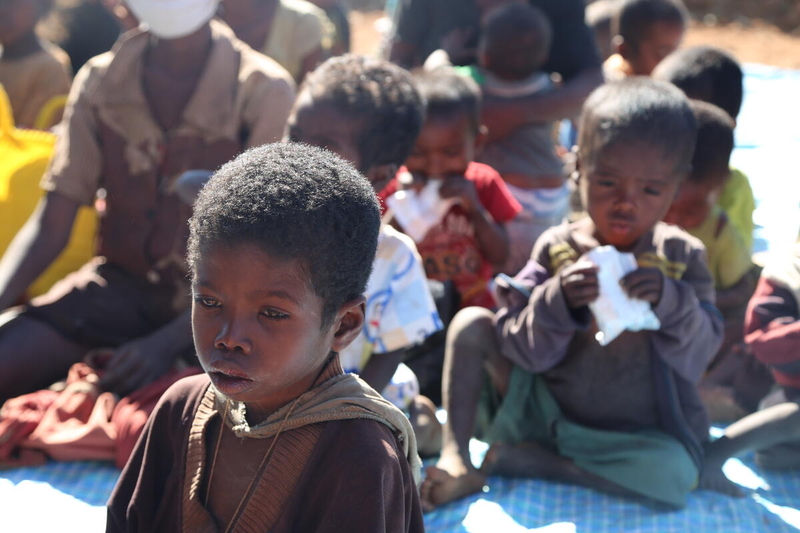 In drought-affected southern Madagascar, at least half a million children are expected to be severely malnourished and suffer irreversible damage to their development.

5. What Are the Long-Term Consequences of Childhood Malnutrition?

Malnutrition endangers a child’s success as an adult by reducing their productivity and heightening their risk of premature death. In turn, their underdevelopment has consequences for their families, their communities and entire nations. This means we’re increasingly facing intergenerational losses from hunger. Malnourished children cannot build prosperous economies or peaceful societies, and malnutrition of all types costs the global economy more than $3.5 trillion dollars each year in lost productivity, increased healthcare costs and emergency services.

6. What Is the Best Way to Help Malnourished Children?

To fight childhood malnutrition, we have to both feed children who don’t have enough to eat and also empower their families to withstand future causes of food insecurity. The United Nations World Food Programme tackles the problem from both angles.

We deliver specially formulated foods to pregnant women, breastfeeding mothers and their young children during that crucial “golden window” in the first 1,000 days of life. These nutrient-dense foods are high in calories and meet their specific nutritional needs. The people we serve through malnutrition treatment services are suffering from moderate acute malnutrition (MAM).

We lead community workshops to teach nutrition education, sanitation, hygiene, basic healthcare, and breastfeeding practices for newborns and infants up to six months of age. This integrated approach addresses the direct causes of malnutrition.

We operate the largest school meals program in the world – an essential safety net that provides over 15 million children with crucial nutrition, health and education.

School children in Nairobi enjoy a lunch full of vegetables. WFP has run a school meals program in Kenya since 1980.

We support small-scale family farmers – more than half of whom are women – to improve their food production so they can provide more nutritious diets for their children. For example, our air-tight storage containers enable farmers to store their dried crops for months on end. This cuts their food loss by up to 98% so they can feed their children between harvests.

We work with local governments and key partners across the health, agriculture and education sectors to address the underlying causes of malnutrition and build long-term, sustainable solutions.

And, we do all of this in the middle of the world’s worst hunger crises, where children are often the first to fall victim. Nearly 60% of the people we serve are children, many of whom are malnourished and need our assistance – before it’s too late.

Food is a basic human right. Every child deserves to grow up and live a healthy life free from hunger.

If you agree, help support the programs that are delivering lifesaving food right now to the world’s most vulnerable children.