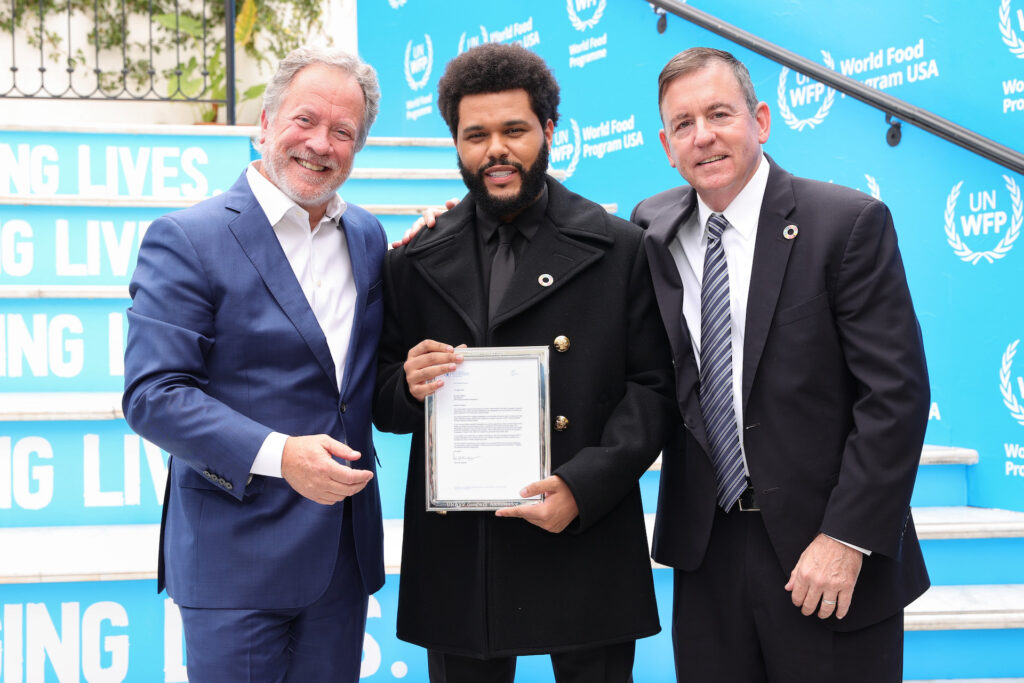 The Weeknd has been a passionate advocate and generous supporter of humanitarian causes throughout his career, with over $3 million in donations to various organizations in the past year. Most recently, he donated $1 million to the U.N. World Food Programme’s relief efforts in Ethiopia following months of deadly violence in northern Ethiopia. As the son of Ethiopian immigrants to Canada, the conflict deeply impacted him, and ultimately this moved him to deepen his relationship with the U.N. World Food Programme. 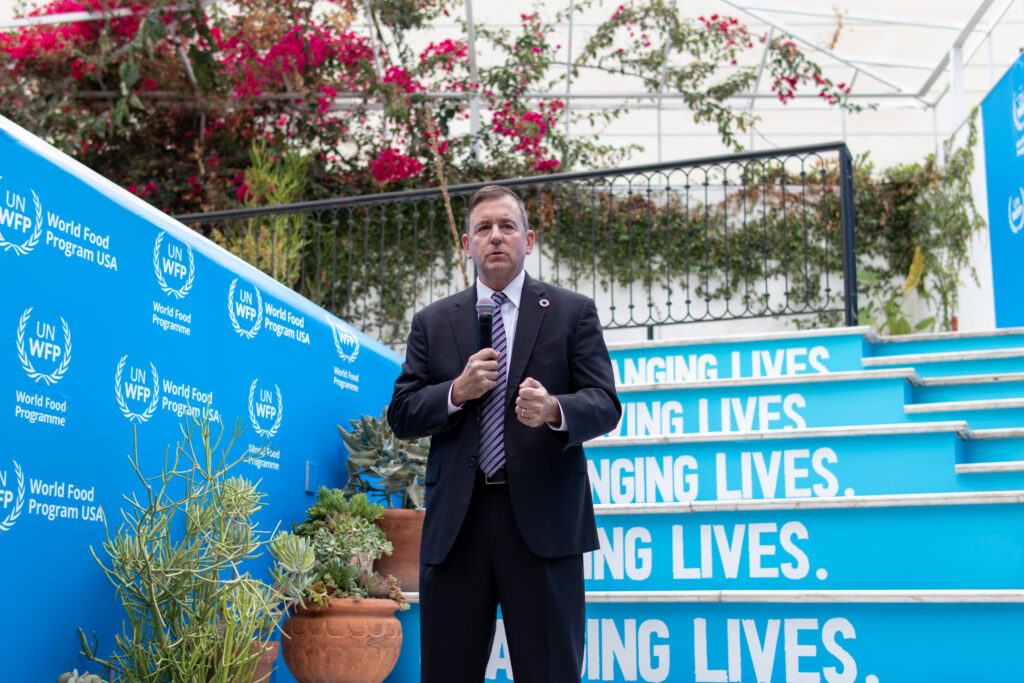 “Abel is one of the most incredible voices we will ever see around the world for those who go hungry every night.” 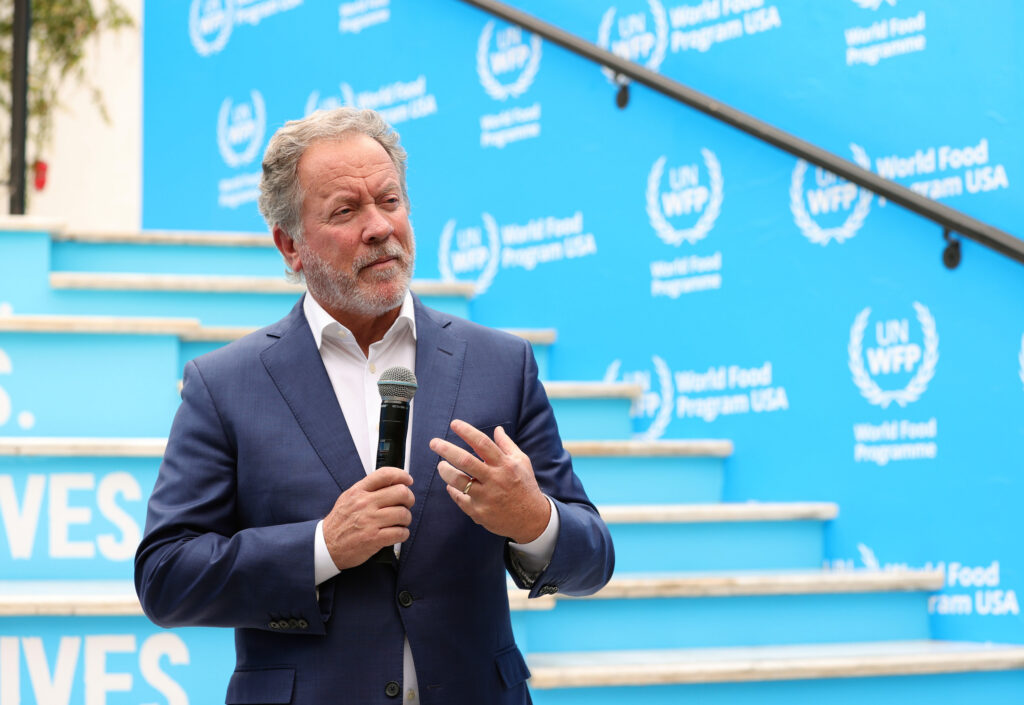 “We are reaching now a crisis point unlike anything we’ve ever seen before. It’s hard to believe that the world doesn’t know about this…43 nations with 42 million people literally in more trouble than we’ve ever seen since World War II.”

Introducing The Weeknd as the newest Goodwill Ambassador, Executive Director Beasley pointed out:

“Why is today important? Because we’re going to wake up and shake up the world and the world leaders. And we need a superstar, a Super Bowl hero, to come out and be our superhero…We need someone like The Weeknd to help wake up the world, with passion, that will come and help deliver that message.” 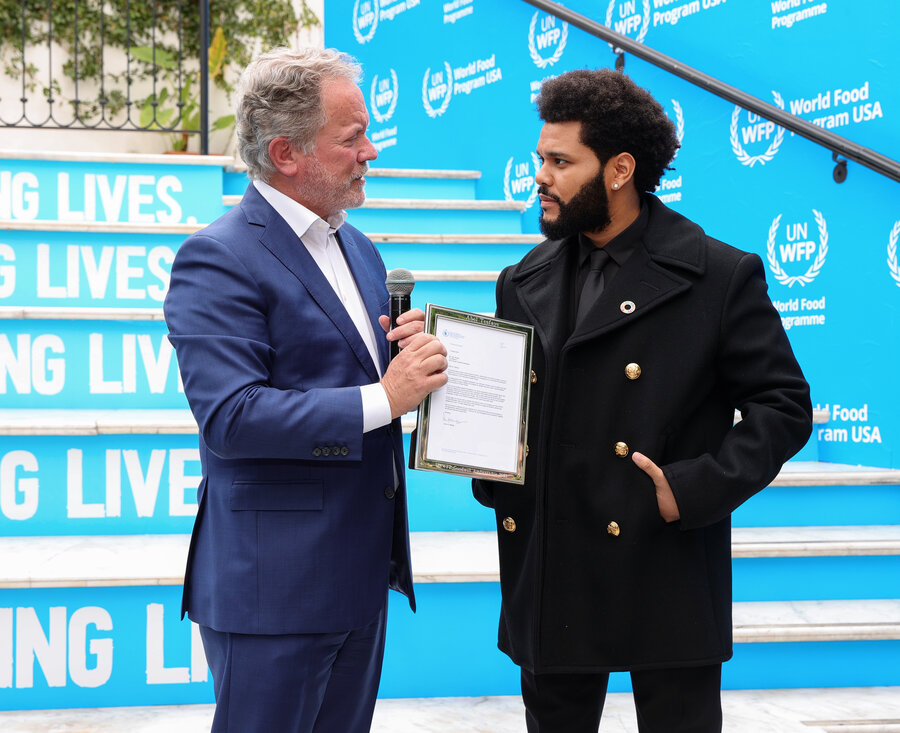 As Abel walked up to the stage to receive his official letter designating him as a Goodwill Ambassador, Executive Director Beasley said to him, “We need your heart. We need your voice. You’re going to help us save millions of people around the world. Thank you.” 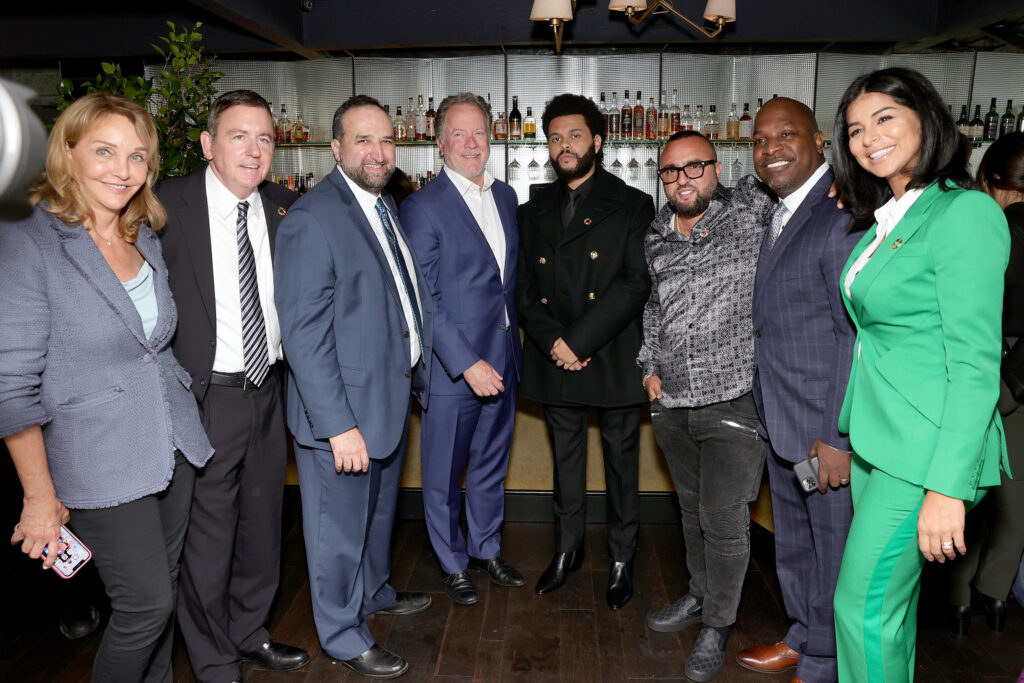 Read the press release for The Weeknd’s announcement +

Learn more about The Weeknd’s partnership with us +