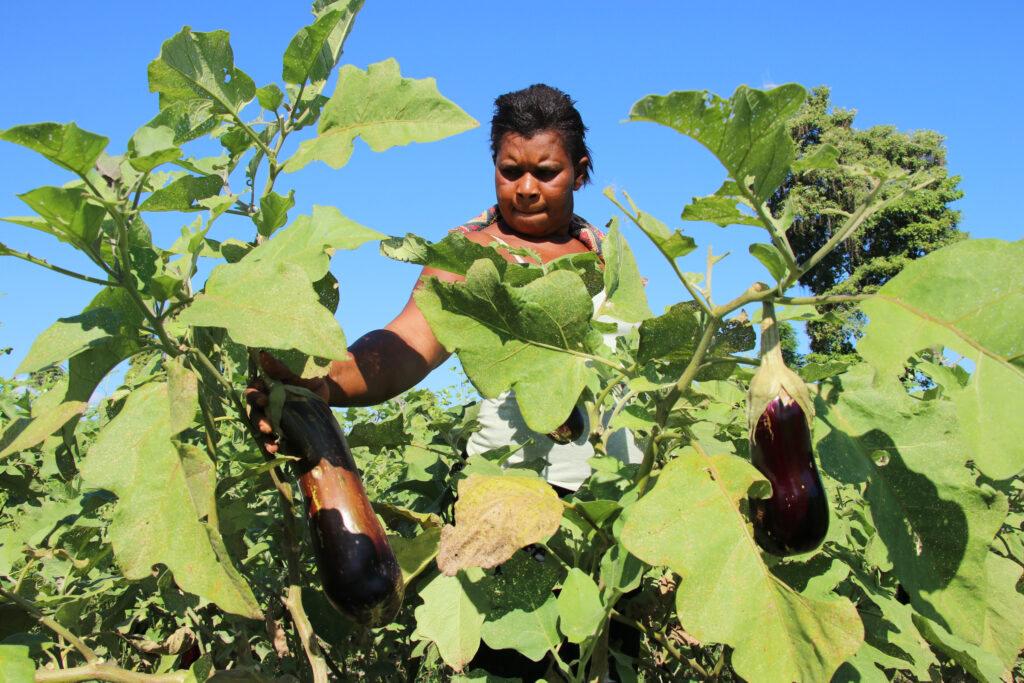 Osena tends to her small garden, which she relies on for food.

If women farmers had the same access to resources like capital, markets and training as their male counterparts, the number of hungry people worldwide could drop by nearly 20 percent, according to the United Nations.

In this episode, M.J. talks to Lisa Curtis, co-founder of Kuli Kuli Foods, about how building a U.S. market for a “miracle crop” called moringa is empowering women farmers in some of the world’s most vulnerable communities to grow, sell and consume what some believe could be the next kale or quinoa.

“We found that generally women in Africa are the ones who cultivate and harvest the smaller crops – peanuts, vegetables, rice – and moringa falls into that category. And from a social impact standpoint we really like investing in women. Research shows that when you invest in women they invest that money into furthering their communities: sending their kids to school, purchasing medicines, etc.”

Listen in to learn how Kuli Kuli developed a market for morniga in the U.S. and now supports more than 500 women farmers in Africa.