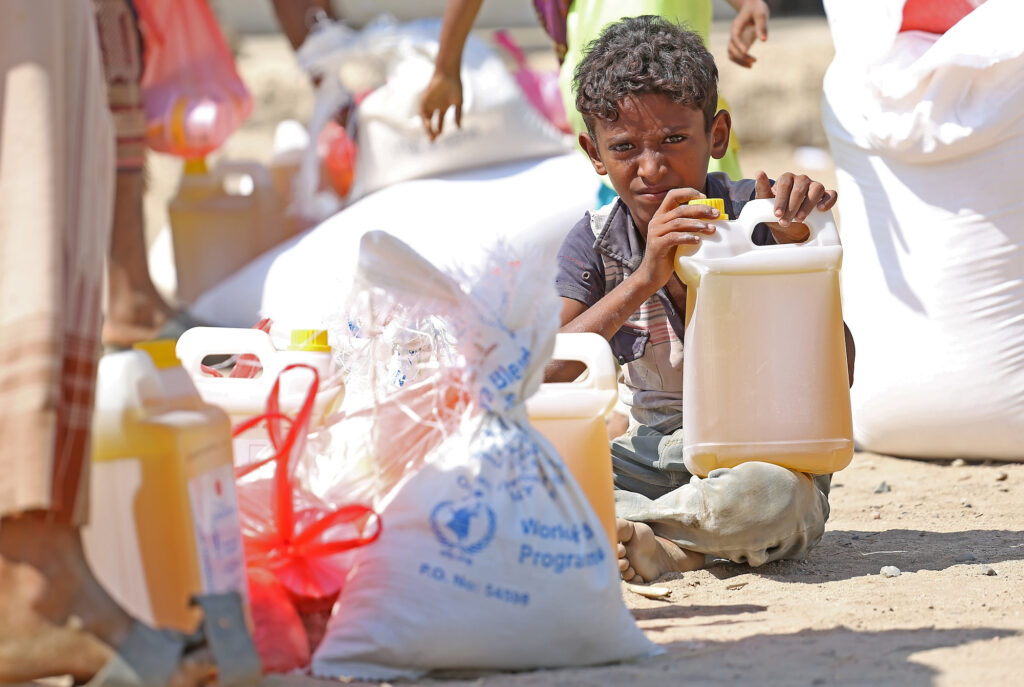 Emergency Alert: On The Brink of Famine in Yemen

Nearly a year after Yemen’s government collapsed, the country now faces a grave risk of famine, according to the latest analysis from the United Nations World Food Programme (WFP).

A recent assessment by the U.N. World Food Programme found that at least 10 provinces—out of a total of 22 in Yemen—have reached “Emergency Levels” of food insecurity, one step below famine on the U.N.’s five-point scale. In these areas, one in five households face life-threatening rates of acute malnutrition.

“Clearly, Yemen is one of the hardest places in the world today to work: Massive security concerns, escalation in the fighting, and the violence across the country,” Matthew Hollingworth, U.N. World Food Programme’s deputy regional director, said earlier this week in the capital, Sanaa.

Just this week, the U.N. World Food Programme successfully transported food  into the central Yemeni city of Taiz—enough to feed more than 145,000 people for one month—to residents living under a virtual siege. Airstrikes and intense fighting had significantly hampered access to Taiz, causing roadbloacks and delays of U.N. World Food Programme’s trucks at checkpoints. 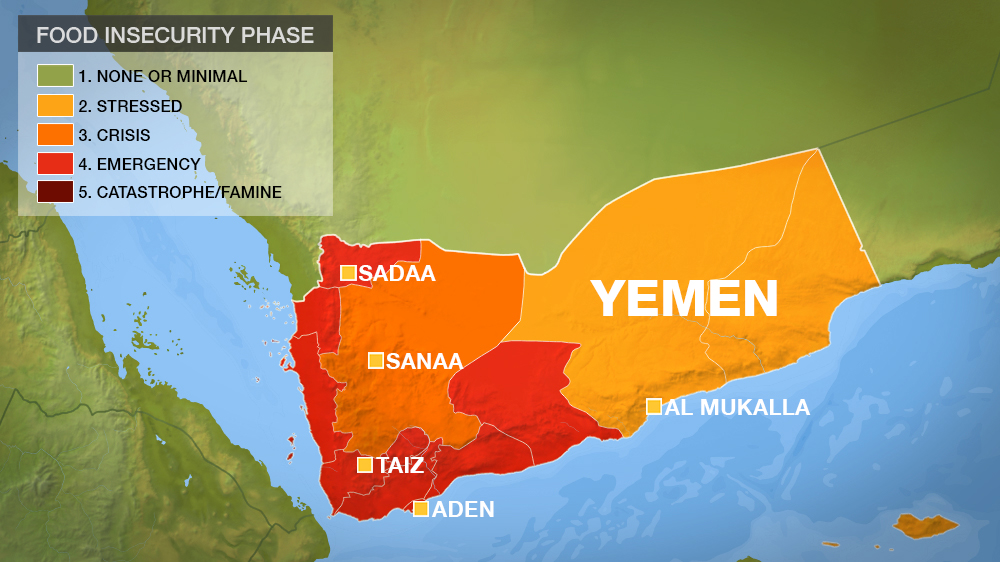 The violence has made an already dangerously hungry nation that much hungrier. In less than a year, more than 3 million Yemenis have been pushed into hunger as a result of the crisis and instability. According to the U.N.’s 2016 Humanitarian Needs Overview, 7.6 million people in Yemen are severely food insecure—a level of need that requires urgent, external, food assistance.

While widespread food insecurity in Yemen is rising, famine can be prevented. The U.N. World Food Programme is working tirelessly to do just that and needs your support now more than ever.

Learn more about the situation in Yemen.

Learn more about how WFP fights famine around the world.