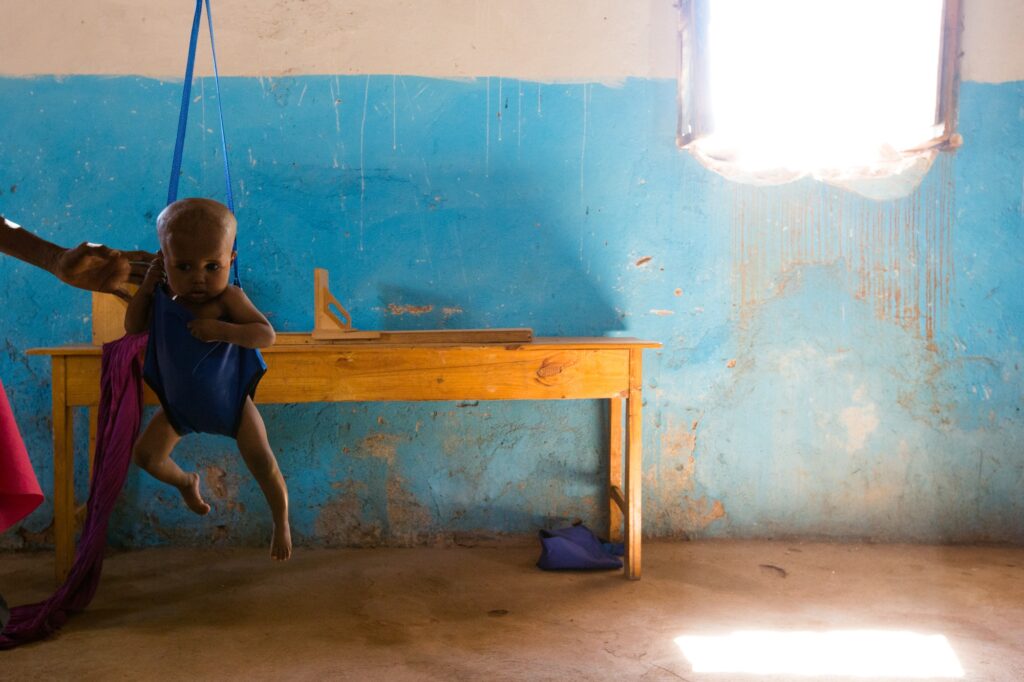 Scenes From a Looming Famine in Somalia

Among aid workers, it’s sometimes called “the F-word” — famine — a U.N. declaration that means families are starving to death.

The last time the world declared famine was in Somalia in 2011. By the time it was declared, more than 100,000 people had already died. 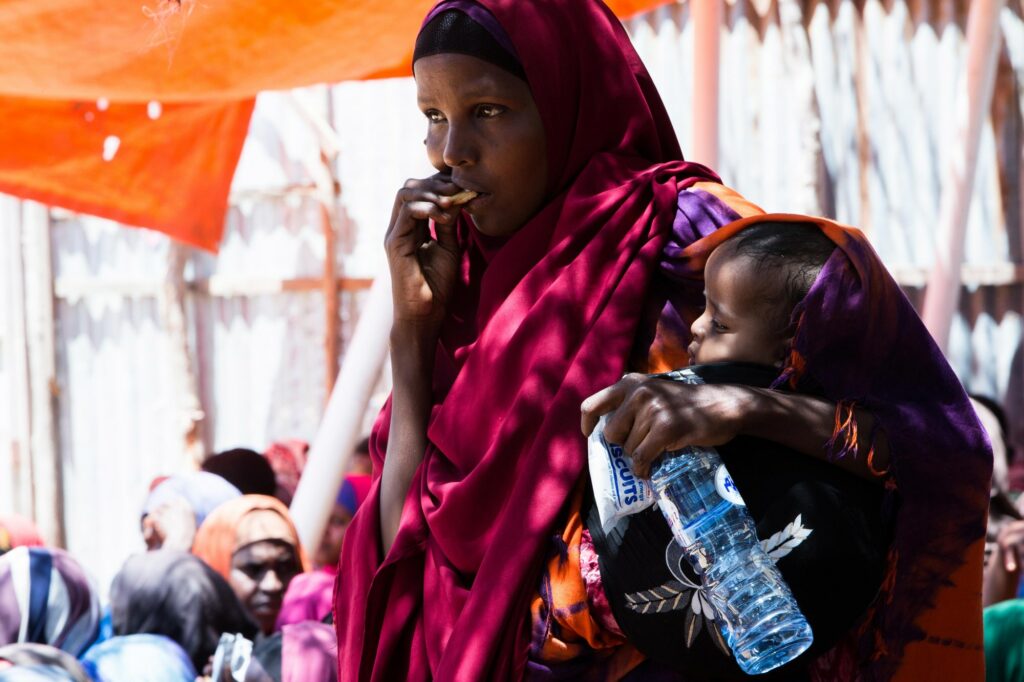 Pregnant women, nursing mothers and young children in Somalia are the most vulnerable to the the effects of hunger.

After a slow recovery since then, Somalia is once again on the brink of famine: A severe drought, rising food prices and violence has pushed the country to the edge. 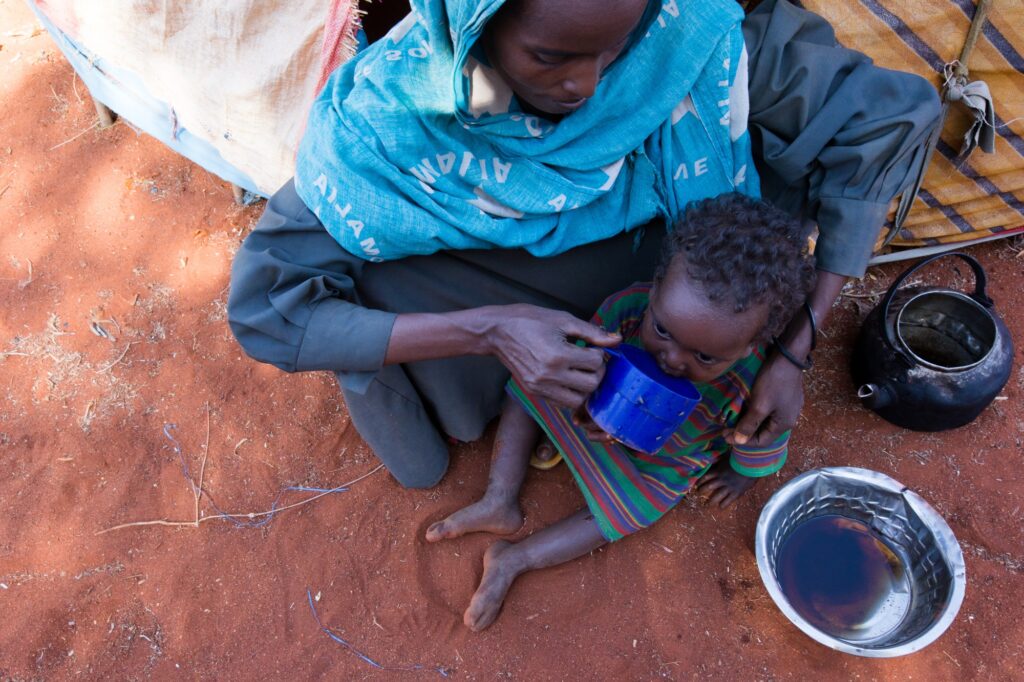 A mother in Somalia feeds her baby black tea. Half the country is facing acute food insecurity as a result of drought and conflict.

As the Washington Post recently noted, the criteria for declaring famine is rigorous and — until now — rarely met. In February, famine was declared in two counties in South Sudan, where 100,000 people face starvation.

The severe drought affecting Somalia has seen a large influx of families seek humanitarian assistance in the capital. At the same time, Somalia is joined by two other countries that are facing the prospect of famine: northern Nigeria and Yemen. It’s the first time in the U.N. World Food Programme’s history that four simultaneous famines loom.

In Somalia, 6.2 million people — half the country’s population — require urgent humanitarian assistance. Pregnant women, nursing mothers and young children are particularly vulnerable. According to the latest food security data gathered by the U.N. World Food Programme, more than 350,000 children under the age of five are acutely malnourished, which means they show visible signs of wasting away. 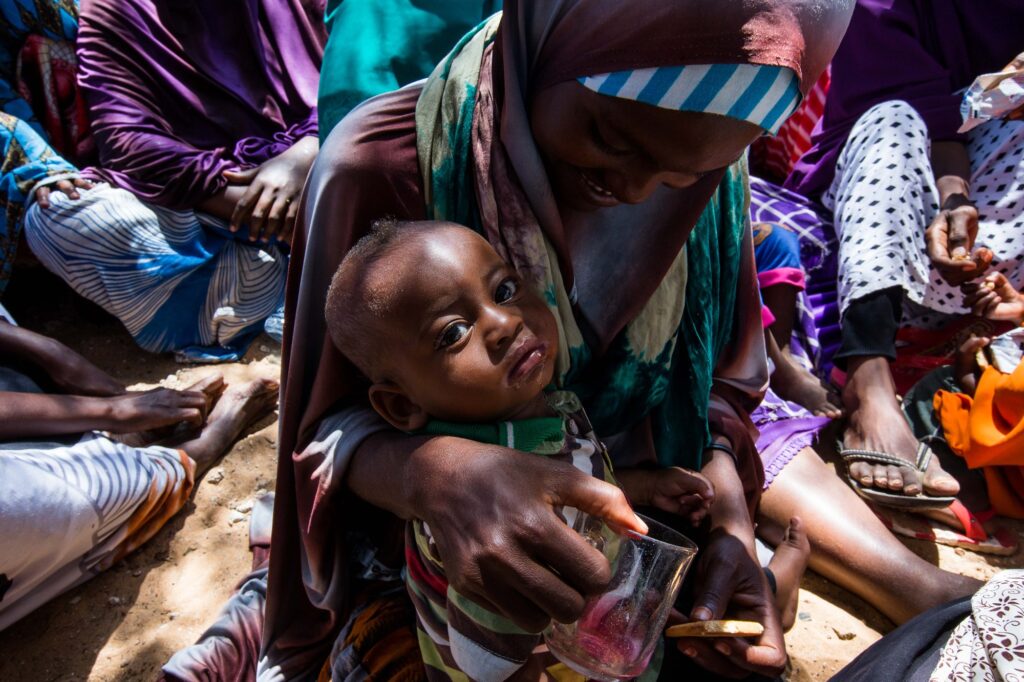 Hungry kids are far more susceptible to illness and disease.

A child suffering from acute malnutrition is far more susceptible to illness and disease. The diagnosis comes with a nine-fold increase in the risk of death.

Up to 80% of the country earns a living from agriculture, but two years of poor rainfall and low river levels have led to near total crop failures. It’s part of a massive drought spreading across East Africa. The resulting water shortages have killed large swaths of Somalia’s livestock; rural job opportunities have dried up as well.

Hunger has sent families fleeing to the capital, Mogadishu, in search of food. Violence is driving thousands more out of their homes. In Mogadishu, the U.N. World Food Programme is providing daily, hot cooked meals to arriving families, many of whom have fled with nothing but the clothes on their backs.

Famine is only declared once people have already begun starving to death. Families in Somalia can still be saved. 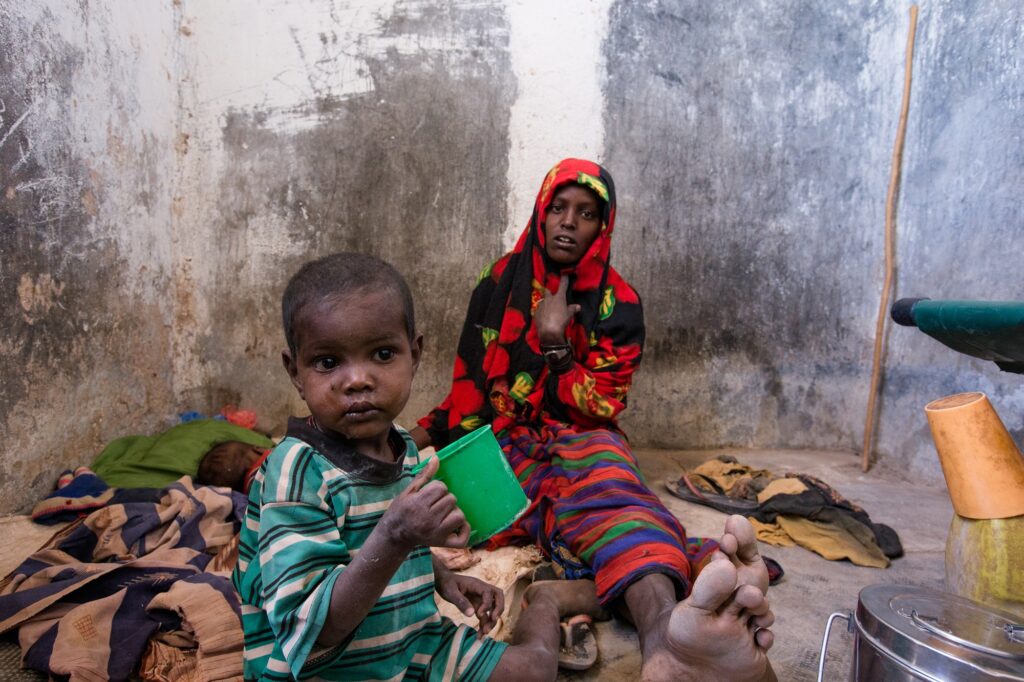 A young child, sick with cholera, sits with a guardian in Wajid, Somalia.

The drought has devastated Somalia in other ways. Desperate for a way to put food on the table, young Somali men have become “easy prey for the organized gangs that conduct piracy operation,” as The Economist recently reported. Last month, Somali pirates hijacked their first commercial ship in five years. 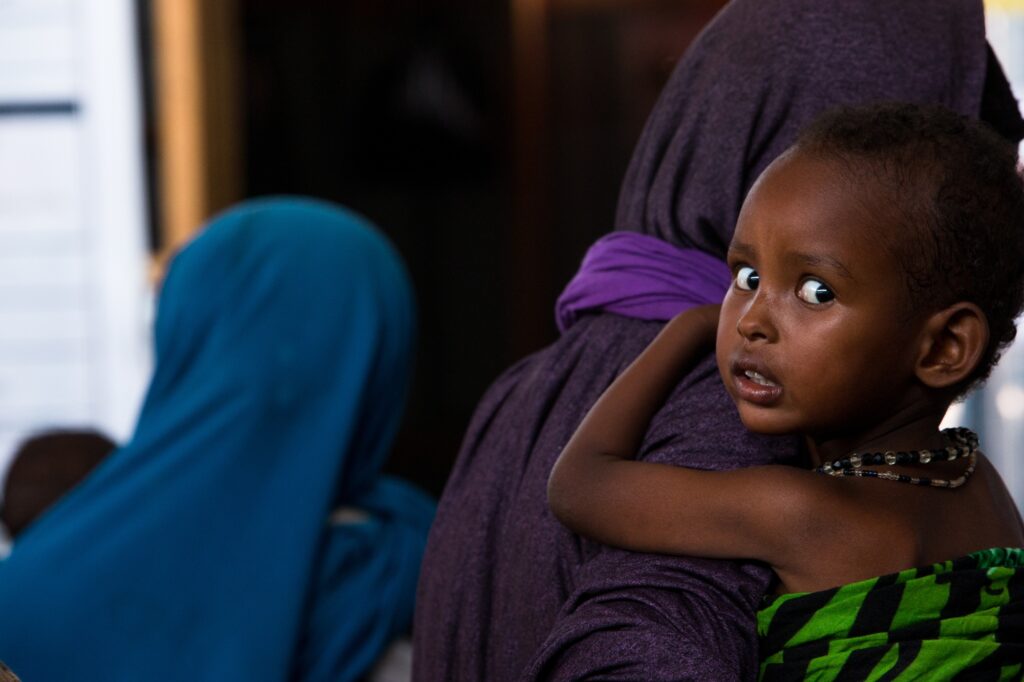 Newly arrived women and children escaping the drought wait in line to be assessed by a nurse in Mogadishu.

But unlike the crisis in Somalia in 2011, today there is a functioning government, all ports are open for both commercial and humanitarian deliveries, the Al-Shabaab militant group holds significantly less territory and markets are still functioning in much of the country.

Since 2016, when the Famine Early Warning System (FEWS), the U.N. World Food Programme has been scaling up its operations. The agency plans to reach 3.4 million people over the next six months through emergency food assistance as well as specially fortified nutrition support for women and young children. 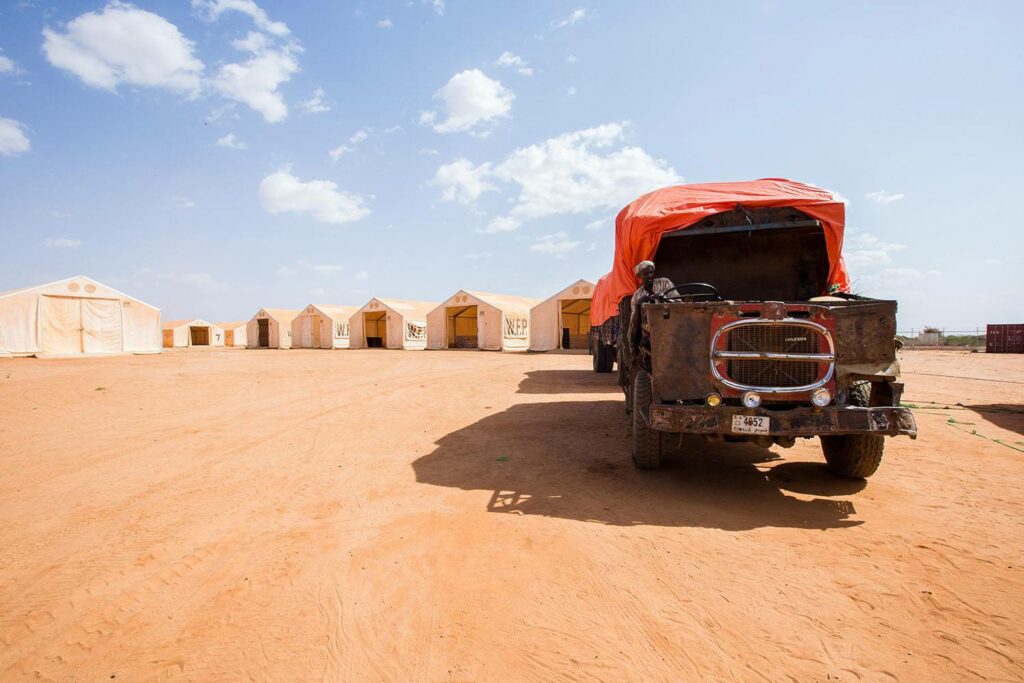 A WFP food truck prepares to leave and distribute supplies across the South-Central region of Somalia.

In areas where locally produced food is still available and prices are stable, the agency is providing electronic food vouchers, or “e-cards,” through its digital delivery system, SCOPE. The system tracks digital food distribution in real time and prevents theft, fraud or loss by using fingerprints as identification. The agency is working with 700 food retailers across the country to reach as many vulnerable households as possible, injecting millions of dollars into the country’s economy at the same time. 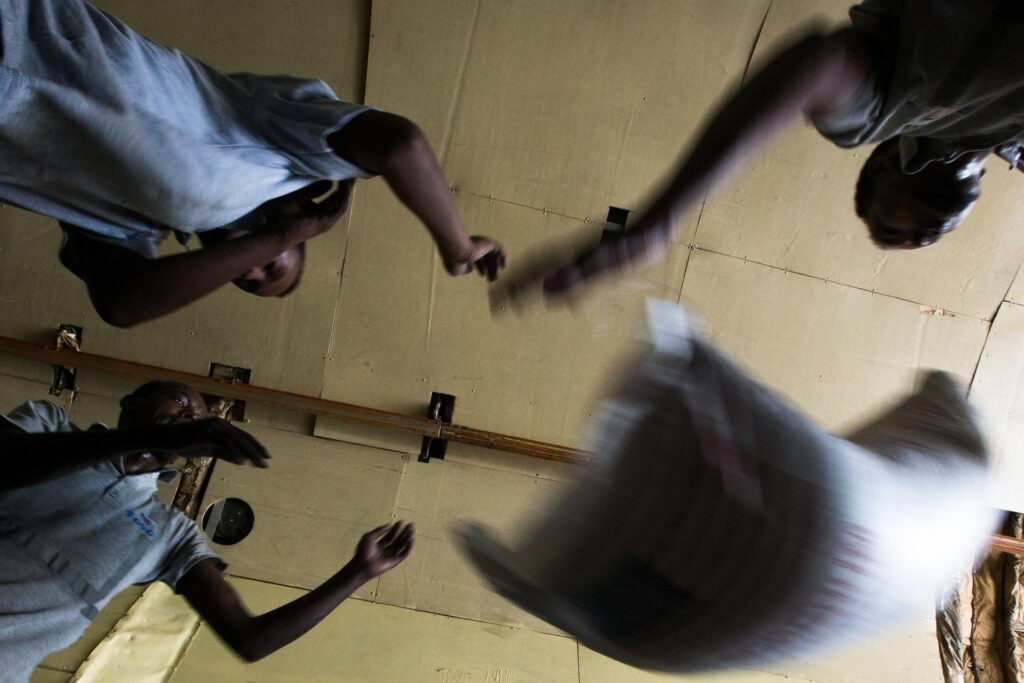 Porters unload food cargo of sorghum provided by USAID for WFP to distribute as emergency aid.

The U.N. World Food Programme is also delivering food supplies by air to isolated areas that trucks can’t reach due to security challenges. Since February, the agency has airlifted 774 metric tons of food — enough to fill nearly 37 20-foot shipping containers  —  to seven hard-to-reach locations in Bay, Bakool, Gedo and Lower Juba. These supplies including specially fortified supplies like Plumpy’Sup and High-Energy Biscuits.

Famine is only declared once people have already begun starving to death. It’s not too late in Somalia. Families teetering on the brink of famine in Somalia can still be saved — but only if emergency food aid arrives in time.

That’s why every single donation matters. Together, we can stop history from repeating itself  by preventing famine in Somalia before it’s too late.

What is the latest update on Somalia?

What is being done about other famines in the world?