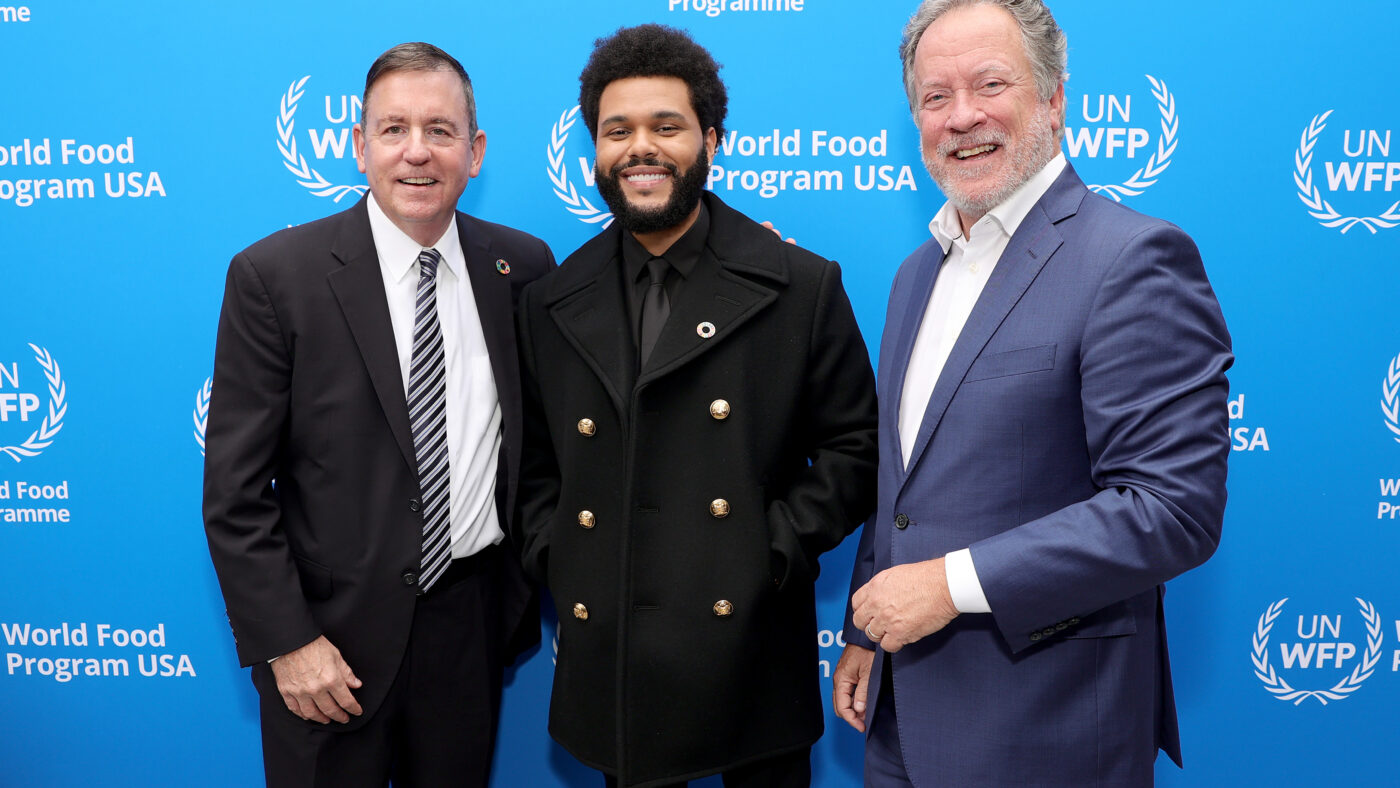 World Food Program USA’s events and lectures cover the day’s most pressing issues in the fight against hunger and facilitate discussions to advance big ideas and improve food security. 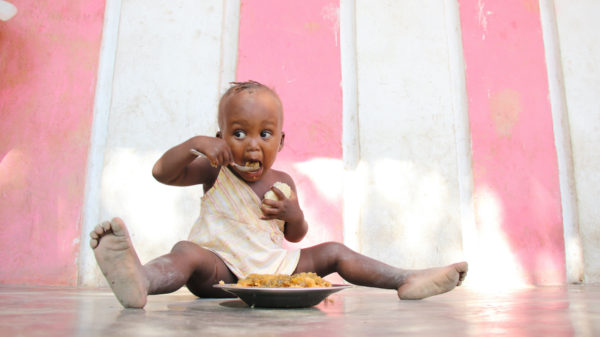 SXSW for a panel discussion on how mobile technology, artificial intelligence, big data and blockchain are transforming how we combat hunger. 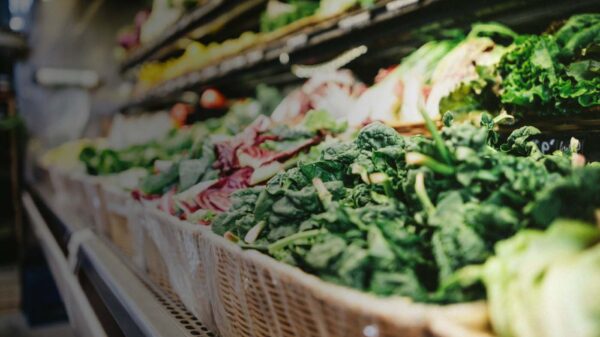 The Future of Hunger and Food Systems

Explore the problems facing our vast, complicated, and interconnected food systems around the world as well as solutions to make the path from farm to table more efficient and effective. 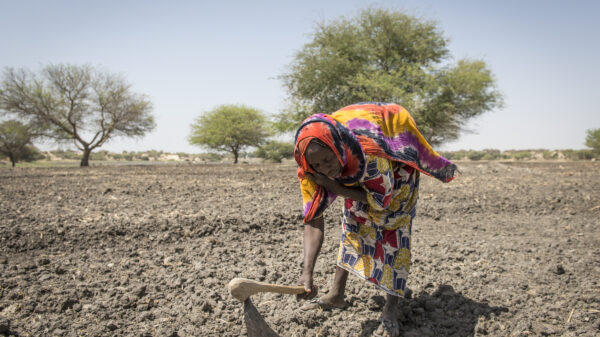 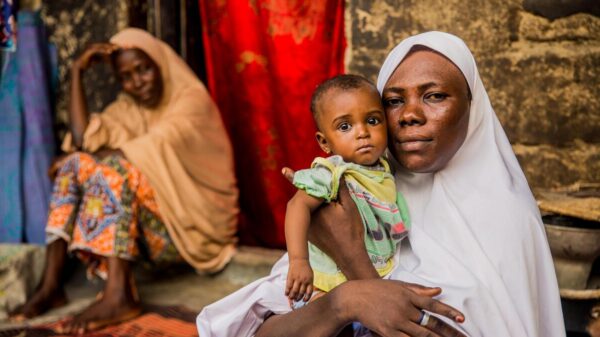 Photo: WFP/Arete/Damilola Onafuwa No Woman Left Behind: Hunger and the Future of Gender Inequity

Our panel explored the state of gender equity in relationship to hunger, and how WFP and others are empowering women to establish successful food systems for all. 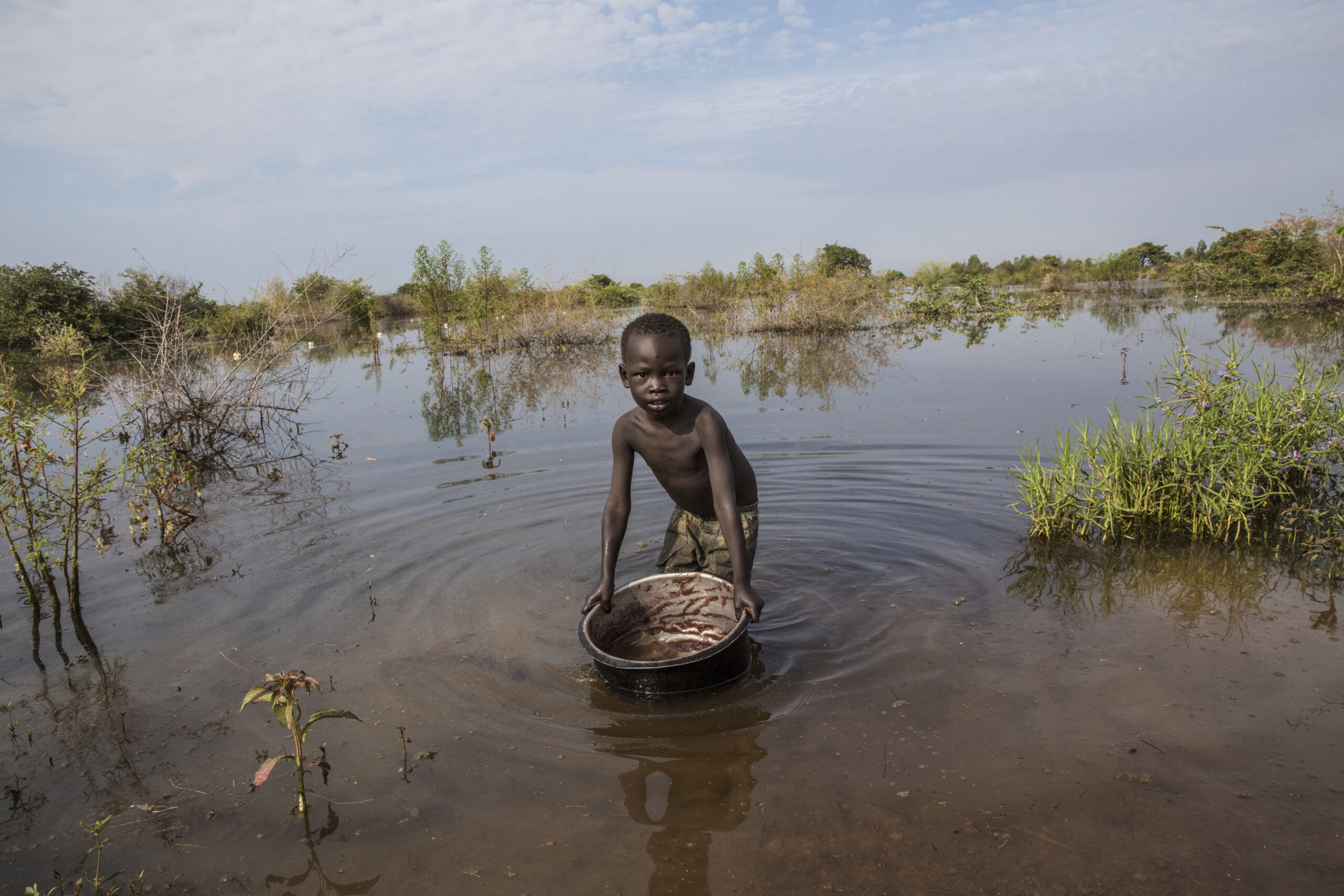 Behind the Frontlines: Hunger, Conflict & COVID-19

A Former Miss USA, New York Times columnist and WFP’s Assistant Executive Director shared their accounts of how global hunger is threatening the health and security of billions of people.

Events in partnership with the World Affairs Council. 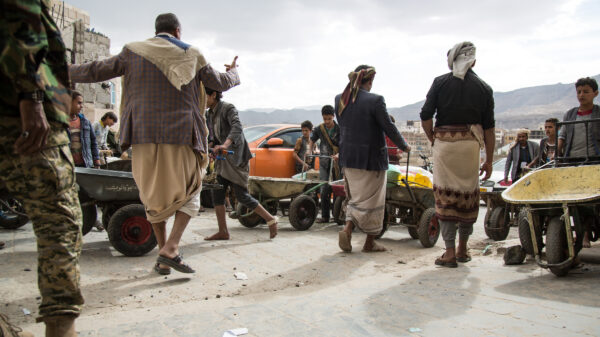 Watch our panelists for an inside view into Yemen’s hunger crisis and how WFP is feeding and assisting Yemenis and working to build resilience. 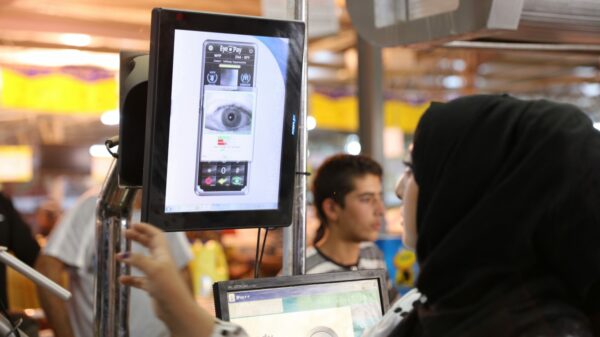 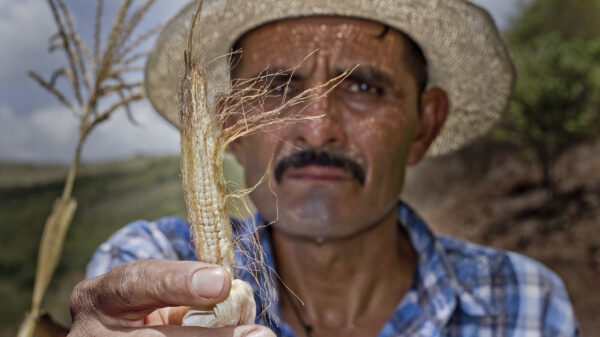 Listen to leading experts discuss the effects of COVID-19 in Latin America and the broader implications of this food crisis. 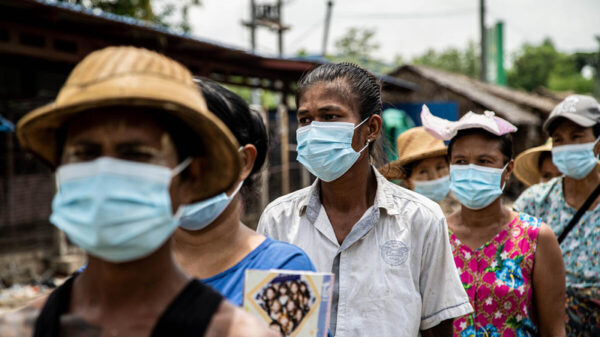 Watch an expert panel discussion on WFP’s emergency response to COVID-19, and the role that companies like UPS play in supporting humanitarian efforts. 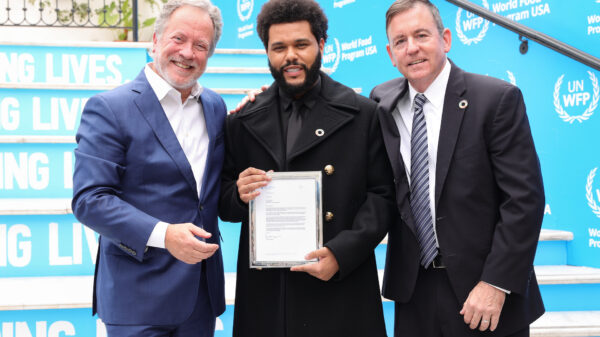 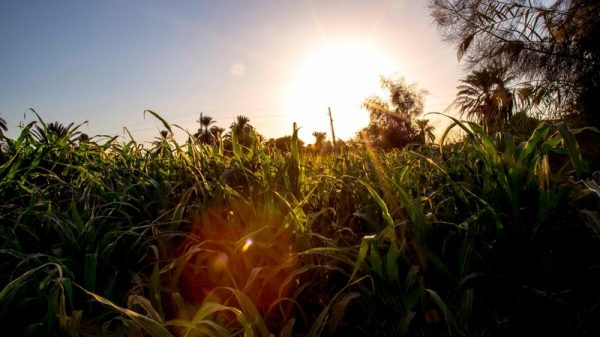 Learn about the American legacy of humanitarian aid, and the pivotal role of U.S. agriculture, particularly Oregon’s wheat producers, in international food assistance. 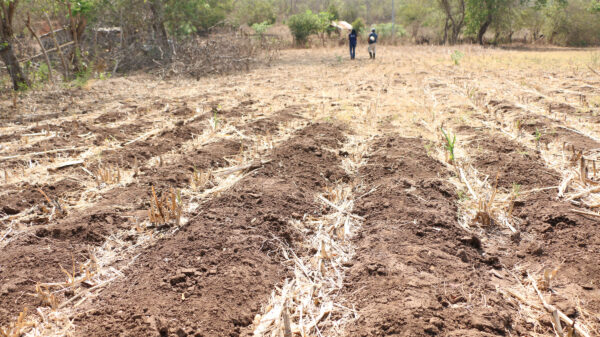 Watch our expert panel explore the impact of climate change in Central America and the state of food insecurity there. 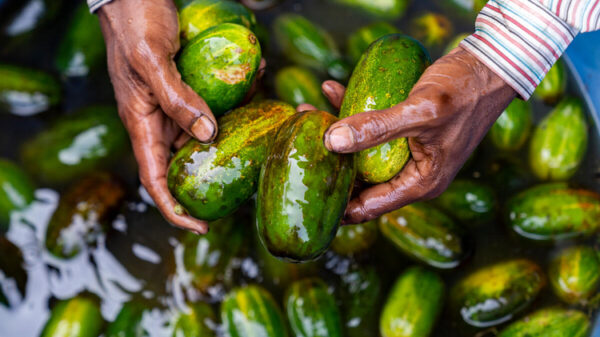 Watch expert panelists discuss solutions to end global hunger in the midst of Covid-19 and the climate change. 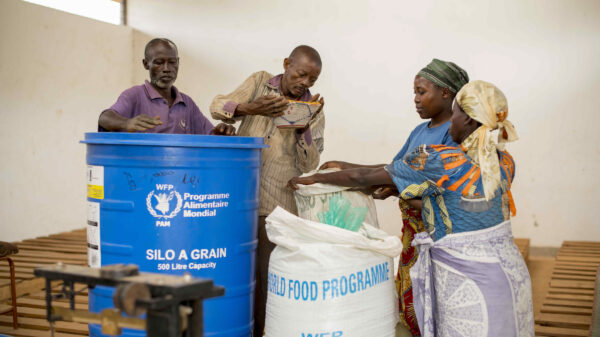 Aster Beyene, a 43-year-old mother of seven, who lost both her home and crops two months ago to conflict, became the 1 millionth person to collect wheat, split peas and vegetable oil from U.N. World Food Programme on Monday.

“Up until now I have relied on what little food I can get from my neighbors. At least now we have some relief from the hunger we have been suffering,” said Aster from Adi Millen, a remote rural village 31 miles from Shire in Northwestern zone. The U.N. World Food Programme provided food to the 4,500 villagers, bringing the first round of food distributions – which will be carried out every six weeks in Tigray – to a close.

“I am glad that the U.N. World Food Programme was able to bring the food to us here in Adi Millen, where we are far and cut off from many towns and markets,” Aster added.

LONDON – A survey on attitudes to food waste in six countries, released on the eve of World Food Day (October 16), has found that in the UK more than half of those surveyed say they don’t waste food and that wasting food is morally wrong.

“The U.N. World Food Programme has been honored with the Nobel Peace Prize, highlighting the value of food as a basic human right and the terrible and increasing toll of hunger brought about by conflict,” said Jane Howard, Head of Communications, Advocacy and Marketing in the U.N. World Food Programme’s UK Office. “But let’s not forget there’s enough food in the world to feed everyone, and if we could increase awareness and reverse current food waste trends, we could save enough food to feed 2 billion people.”

Some 68 percent of the 1,000 respondents in the UK survey said they didn’t waste food, second only to UAE (70 percent) and ahead of Germany (66 percent), Canada (54 percent), USA (53 percent) and South Korea (48 percent). Across all six countries, those over the age of 55 (72 percent) were more likely to indicate that they don’t waste food than those in the 15 – 34 age bracket (52 percent). Younger people were more likely (20 percent) to indicate that they would like to waste less food but don’t know how to do so.

When asked why they thought it was important not to waste food, the British (56 percent), Germans (52 percent) and residents of the UAE (69 percent) were most likely to say that it was morally wrong, whereas in the Canada and the USA, the most common answer was that having consistent access to food was a privilege. In South Korea the main reason people gave was that they wanted to live more sustainably, for example by reducing their environmental footprint, cited by 60 percent of respondents as opposed to 42 percent in the UK and 33 percent in Germany. The report is available here.

The U.N. World Food Programme has been running a #StopTheWaste awareness-raising campaign which began on the UN’s first International Day of Awareness of Food Loss and Waste on September 29 and will culminate tomorrow on World Food Day. For more details, go to wfp.org/foodwaste.

The U.N. World Food Programme’s UK Office will co-host a virtual Chef’s Table, entitled Preserving the Value of Food, where guests are invited to cook along with chefs Anahita Dhondhy and Arthur Potts Dawson. They will learn how to preserve food through a simple pickling recipe, learn about the U.N. World Food Programme’s work with women farmers in Bangladesh and take part in a discussion on the value of food. To register for the free session, taking place at 12.30pm UK time on 3 November, click here.

Globally, one-third of the food produced for human consumption is lost or wasted, amounting to about 1.3 billion tons per year. The financial costs of food wastage amount to about $1 trillion each year.

Food is lost or wasted throughout the supply chain, from initial agricultural production where food may rot on the farm because of poor storage to final household consumption where it is forgotten at the back of a fridge. #StopTheWaste aims to spotlight the global issue of food waste and highlight simple and creative solutions we can all take to prevent it.